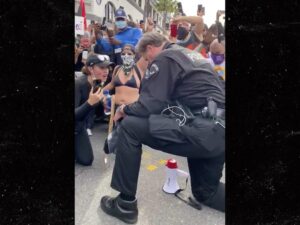 If protesters can march, why can’t businesses open?

Were the past four months of media hysteria and panic really about virus? Or part of a larger planned means to a desired end? 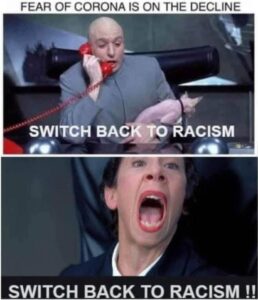 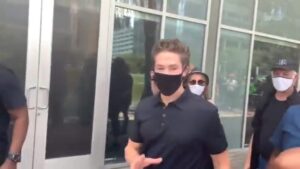 Out of his mind!

Why we shouldn’t make deal with devil!

Riot reminder: Police don’t & won’t protect you or your property.

But they will arrest you for doing either.

VOTE TO CHANGE THAT!

Looting and arson have followed what were peaceful protests about the killing of George Floyd by Minneapolis cop Derek Chauvin.

But it ain’t about that no more!

ANTIFA is a domestic terror group. 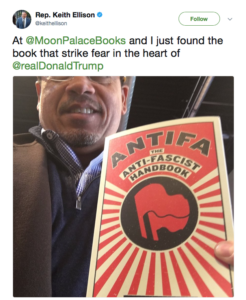 How many other public officials tacitly support ANTIFA terrorism?

How many have quiet connections to the funders of street terrorists? 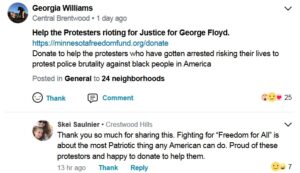 The protests — not the riots and looting — are not just about the police murder of George Floyd, they’re about  the Louisville police murder of EMT Breonna Taylor while she slept in her own bed and they’re about the NYPD choke death of Eric Garner for selling untaxed single cigarettes and about a Houston husband and wife murdered in their home after two dirty cops lied that they were dealing drugs and about the thousands of others abused likewise by police. But they’re also about years of police planted evidence and speed traps and predatory confiscations of cash and property and beatings and perjury while enforcing the many stupid laws grandstanding politicians pass. That’s not all, by any means. But that ought to be enough to, at the very least, think hard about what you’re being told by officialdom the next time you are called to jury service. 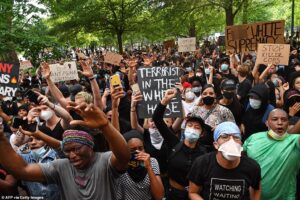 White House on lockdown as mob howls outside gates

But as Los Angeles’ Korea Town merchants discovered during the 1992 Rodney King riots, police won’t tolerate the shooting of looters or attackers unless they do it … 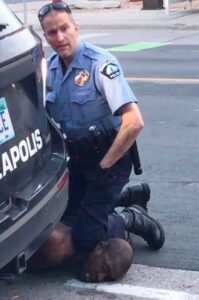 Cop above now arrested for murder

Autopsy sez strangulation not cause of George Floyd’s death 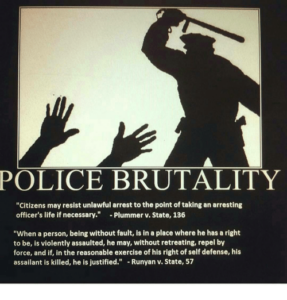 Resistance by Citizens: Is there a right of self defense against police?

“White Genocide will be good for you,” New Hampshire tells its white citizens

Wikipedia Fraud EXPOSED: Troll farms and the CIA have hijacked the once open platform

Book claims Mueller investigation a taxpayer-funded political hit on Donald Trump and not a true investigation into Russia’s election interference.

Rutgers prof: Fox News and the GOP are ‘existential threats’ to the country

So there you have it. The US government says that an intelligence asset with damning information on many powerful individuals did in fact kill himself due to an admittedly bizarre and wildly unlikely series of strange coincidences. I for one have no more questions. Checkmate, conspiracy theorists.

Can We Just Make It Illegal to Arrest Blacks?

“Journalists are increasingly reluctant to report negative news about minorities or women’s causes….The upshot of this is soft and caring coverage of favored [liberal] groups [and their causes], with certain stories mostly ruled out of bounds [i.e., censored]

Which Branch of Government Is the Worst? A Ranked List

JFK: What the CIA Hides

Trump’s Defenders Have No Defense 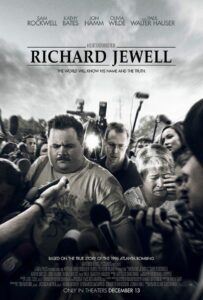 Not fitting the narrative: Why you’re not hearing more about that mass shooting in Fresno

Unable to take Tulsi Gabbard down, the NYT turns to attacking her white pantsuit

A thing of value? Dems finally got something they can use for impeachment

The Danger of Elizabeth Warren

How President Trump Loses in 2020

Misplaced Patriotism Is Damaging to Our Constitutional Order

Editorial: What should California do with all its convicted cops?

California’s Criminal Cops: Who they are, what they did, why some are still working

Joe Biden: “Why should we allow people to have military-style weapons including pistols with 9-mm bullets and can hold 10 or more rounds?”

The globalists are coming for your savings

Is Pelosi Planning To Shaft Schiff?

A Catastrophically Cold Winter? What The Mainstream Media Won’t Tell You…

Alex Acosta Reportedly Claimed Jeffrey Epstein “Belonged To Intelligence.” ( Acosta is the former U.S. attorney in Miami who cut Epstein a non-prosecution plea deal back in 2007 .)

Why Republicans are Called “The Stupid Party”

‘The Rise of Jordan Peterson’ shunned by theaters 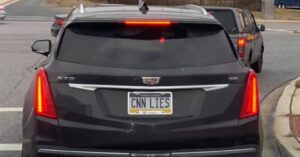 “They’re are very organized … They have cars and a delivery system for water. Last night they were delivering large boxes of rocks that they were then throwing at the officers.”

Bricks are a different matter …

Acme bricks delivered for rioters? No hard evidence yet of coordination 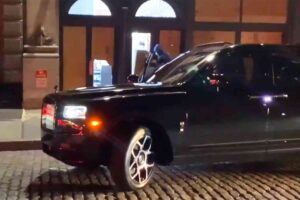 NYC looters pull up in $350,000 Rolls-Royce to ransack store

ATM thief hoisted on own petard 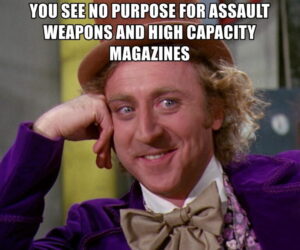 “Destroying property which can be replaced is not violence,” sez New York Times writer Hannah-Jones

Absurd on its face 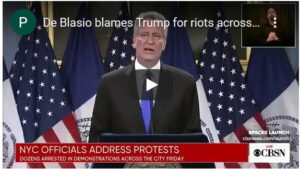 MSNBC’s Ali Velshi  said demonstrations not “unruly,” as rioters torched building behind him. 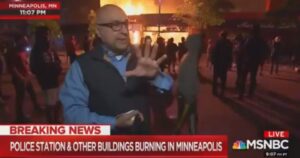 Big question: Who are the rioters – really?

Every Person Arrested In Saint Paul Last Night Was From Out Of State, Mayor Says

Charlotte Police: 70% Of Rioters Arrested Are Out Of State “Instigators” 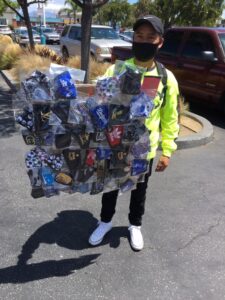 In the midst of it all, a young man makes a buck selling face masks in Ventura, Kalifornia. 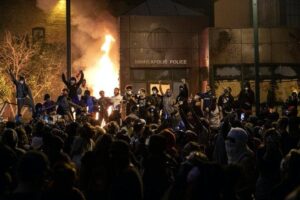 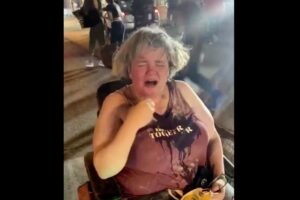 Woman in Wheelchair Beaten by Minneapolis Rioters. Claimed She ‘Deserved’ It 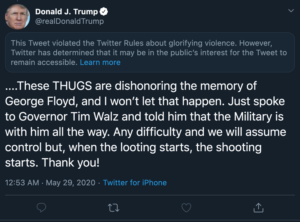 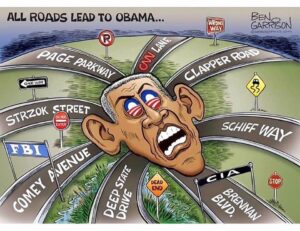 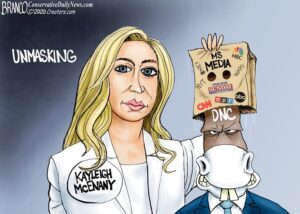 ‘Journalists not above being questioned’

When the villain is Obama, not Trump, news suddenly becomes not worth reporting 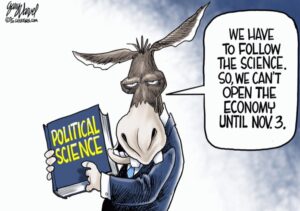 Democrats worried about economic rebound: “we are about to see the best economic data we’ve seen in the history of this country”

So sez Jason Furman, a top economist in the Obama administration and now a professor at Harvard

In case you didn’t know … 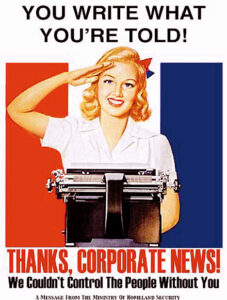 With few exceptions, our news media is an industrial complex that spreads the propaganda narrative of corporate America, leftist activists and big government.

“Trump is trying to undermine the media … he can actually control exactly what people think and that is our job.”

Noah tricked into building his Ark by fake Babylonian news 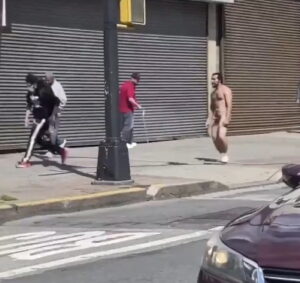 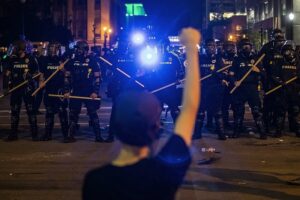 ‘It is not a riot. It is a revolt’: Councilwoman responds to Breonna Taylor protest 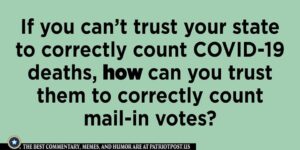 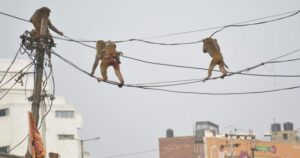 China moving military ships near Taiwan may spark US confrontation 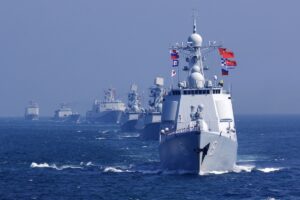 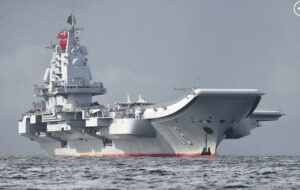 “People think news organizations flat-out fabricate stories. That isn’t often the case. Fake news is a problem that pops up here and there, but the much more systematic and deeply entrenched attack on truth is the casual, everyday bias of reporters.”

” … as syndicated columnist George Will once noted, about 90 percent of news reporters, editors, and producers vote for Democrats not Republicans.”

“The profound leftward ideological bias of the Big Media is the main reason why America now seems saturated with “fake news.” Journalists, besotted with their own ideology, are no longer able to recognize their own bias.”

Democrats to demonstrate that they’re not against gun ownership’

What Will Gun Controllers Do When Americans Ignore an ‘Assault Weapons’ Ban?

Drivers With DUIs Shouldn’t Be Armed