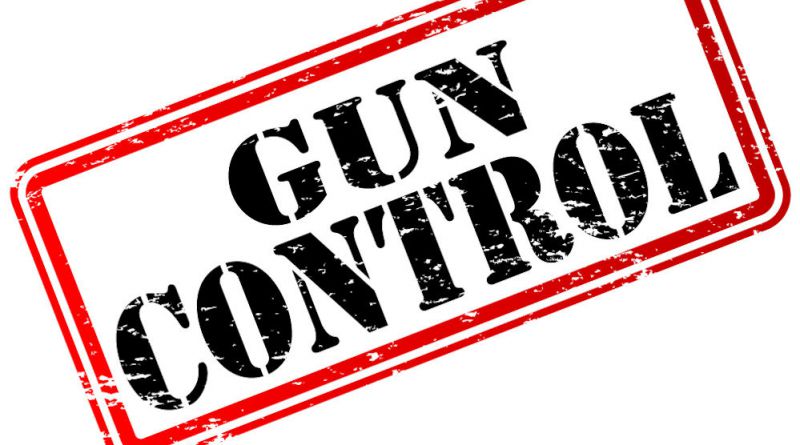 By Dan Gifford
First published Baltimore Sun
23 October 1993
The latest congressional head count indicates some sort of gun control legislation is likely to pass. If it does, will we be safer? Not that I can see. Through gun-control laws, Congress will have strengthened its precedent for curtailing the Bill of Rights on public safety grounds.
Don't see the linkage?
Consider the move by Sen. Paul Simon, D-Ill., and others to censor television violence. Last I looked, the First Amendment said "Congress shall make no law . . . abridging freedom of speech . . ." But people act-out what they see, goes the argument, so speech as theatrical violence is a public safety hazard.
I'm no fan of guns or TV violence. But every other right against abusive government is vulnerable to the same reasoning. The constitutional right of due process of law is supposed to protect us against a police state, but when vicious criminals are set free on constitutional technicalities, isn't public safety at risk?
As for gun control equaling crime control, that's long been disproved.

The NRA? Hardly. That's the conclusion to the Carter administration's 1981 report on the relationship between firearms and violence. The lead researcher of that report now writes that "a compelling case for gun control cannot be made."

Virtually all intellectually honest scholars who have seriously studied the subject agree. Surprised by their findings? So were they.

When the Carter administration funded Tulane sociologist James Wright and Peter Rossi of the University of Massachusetts to review the research on violence and firearms and make policy recommendations, the researchers -- who disliked guns and thought the avail- ability of firearms, especially handguns, was to blame for criminal and domestic violence -- expected to verify the relationship found by Lyndon Johnson's Eisenhower Commission report in 1969. They quickly discovered that work and others to be "result-oriented."

Even most Eisenhower Commission researchers have recanted. Ted Gurr now says "The irony of gun-control proposals is that they would criminalize much of the citizenry but have only marginal effects on criminals." Staff criminologist Hans Tuch concludes:"Guns do not elicit aggression in any meaningful way. Quite the contrary, these findings suggest that high saturations of guns inhibit illegal aggression."

More recently, University of Washington professor Brandon Centerwall confessed in the American Journal of Epidemiology: "I did not begin this research to exonerate handguns, but there it is -- a negative finding to be sure. . . . If you're surprised by my findings, so am I."

Ditto for Florida State University criminologist Gary Kleck: "The U.S. has more violence than other nations for reasons unrelated to its extraordinarily high gun ownership."

Are there academics with the opposite view? Of course. Law professor Franklin Zimring still holds with the original Eisenhower Commission findings he helped compile. But the research supporting those views is increasingly being recognized within the academic community as flawed.

Arthur Kellerman of Emory University continues to churn out studies favoring handgun bans. His latest, claiming homicides are more likely to happen in households with guns, is getting most-favored media attention, but is a joke among researchers who know the subject. Dr. Kellerman concludes there's "no protective benefit from gun ownership," but has factored out successful defensive uses. We aren't even told whether the gun in the home was the one used in the homicide.

In fact, the majority of domestic-violence killings, a St. Louis University study found, occur after numerous police calls for prior incidents and often involve criminal activity. The Chicago Detective Homicide Report for 1992 noted more than 75 percent of those committing homicide have criminal records, while more than 65 percent of their victims had them. Those figures comport with national ones.

So if firearms are not the catalyst for violence, why are so much time and money being wasted trying to restrict or ban them? Journalistic dishonesty is one reason, political demagoguery another. Gun control has become a fetish, an obsessional shibboleth diverting attention from the more unyielding causes of American violence. Those include social policies and societal trends which have institutionalized poverty, the drug culture, deteriorating family structures and the notion that individuals aren't responsible for their actions.

Wouldn't it be better for Sarah Brady and the National Rifle Association to join forces and follow Professor Kleck's suggestion? "All parties to the crime-control debate would do well to give more concentrated attention to the difficult, but far more relevant, issues like how to generate more good-paying jobs for the underclass, which is at the heart of the violence problem."