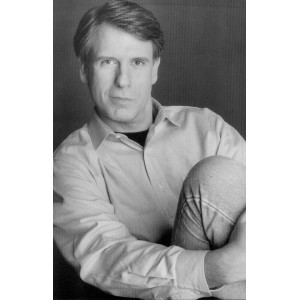 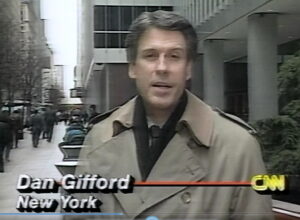 Dan Gifford has received the national news Emmy for Outstanding Investigative Reporting, the International Documentary Association’s top award, top honors from Human Rights Watch and has been nominated for an Oscar, among other honors. He also acts et writes and served five years on the board of the ACLU of Southern California.

In a prior career, he was an investigative reporter who exposed organized crime, official corruption, financial fraud and journalistic duplicity for Houston stations KTRK-TV (ABC Channel 13), KUHT-TV (PBS Channel 8) and other news organizations. Nationally, he reported the same sorts of stories for The MacNeil/Lehrer News Hour, ABC News, and CNN.

Dan holds a deep cynicism regarding the corrupting influence of power that Lord Dalberg-Acton warned about.

If he had a motto, it would be the timeless question posed by Roman poet Juvenal to which we pay scant attention at our peril — particularly during this time of police with military weapons:

“Quis custodiet ipsos custodes? ”
(Who will guard us against our guards?)

That wariness was fostered by experience and these primary mentors:

* Reese Cleghorn, Dean, University of Maryland Journalism School and editor of the American Journalism Review. Cleghorn’s oft repeated reportage admonition is especially meaningful to Dan: “In almost every story where I knew the subject, the reporter got it wrong.”

Among other reporting credits that have held the powerful to account:

MacNeil/Lehrer credited Dan with being the first to reveal the looting and lying by known criminals and government officials in the failures of many banks and savings and loans during the 1980s. Dan was first to reveal that M. Danny Wall, the Federal Home Loan Bank Board’s top regulator, had caused numerous savings and loans to fail during the 1980s by requiring that they record performing loans as bad ones. Wall tried to have that fact stricken from Dan’s story but MacNeil/Lehrer refused. That and other exposures by Dan helped force the resignation of Wall, who said he was “a scapegoat to shoulder the blame for the entire thrift crisis.”

During his 1989 hour Financial Fraud special report on KUHT-TV, Dan was first to reveal …

* Mafia involvement fronted by international arms dealer Adnan Khashoggi in the looting of Houston’s Mainland Saving Association (aka “Gangland Savings,” according to FBI agents), the largest savings and loan failure up to that time.

* Houston wheeler dealer George Aubin as the mastermind of a massive scam that caused the demise of brokerage firm E.F. Hutton.

* Federally convicted financial con man Larry Hammond Hoover who, despite federal convictions for wire fraud, securities fraud and money laundering connections with South / Central American criminals, had jumped bail on appeal and was in the process of looting several savings and loans.

* The fee advance loan scam promoted by Richard L. Jones and his wife, Bridget C. Jones, that stole millions of dollars from people in America and Europe.

* The multiple bank loan Ponzi frauds of Arkansas conman William Anthony “Tony” Rand (aka the “Arkansas fraudfather”). Though Rand was convicted on federal fraud and money laundering charges, he and his sons began swindling oil and gas investors after his release from prison. All were recently convicted of their new crimes and sent to prison.

“Gifford is one of the few reporters who understands how banks get plundered, how takeover predators destroy companies and how Wall Street crooks manipulate the markets. He can draw blood with a financial statement and the powers that be don’t like it.”

His later KUHT-TV special, Child Abuse: The Perfect Crime, focused on the satanic child abuse hysteria gripping the country during the 1980s. He exposed that panic as little more than a mass delirium driven by religious zealotry which some used to settle personal and political scores. During that special, Houston criminal court judge Ted Poe exemplified the rampant satanic delusions of the time when he claimed to see cases of satanic abuse in his court every day yet could not name a single example. Poe is now a United States Congressman.

As a CNN New York bureau reporter, Dan was instrumental in exposing the cheating of customers at Saloman Brothers which caused its chairman, John Gutfreund, to be banned for life from running a brokerage firm. Gutfreund was known as “The King of Wall Street” at the time. His antics were recounted in the best selling book Liar’s Poker. Dan’s complaints to CNBC about its chummy showcasing of Gutfreund as a trustworthy market pundit preceded his being dropped by the network.

Before leaving CNN, Dan discovered that his boss, its Vice President of Business News, Lou Dobbs, was a paid spokesman for some of the same companies CNN was reporting on and that he had made on air retractions of negative but accurate stories about some of those same companies that were paying him thousands of dollars despite Dobb’s regular written warnings to CNN reporters “that as journalists we cannot afford even the slightest appearance of conflict of interest.” Former Ricoh USA advertising VP Don Franken told Dan his company paid Dobbs more than $5,000. Executives at other companies told of paying Dobbs similar amounts. The Wall Street Journal later carried this story on its front page but then protected Dobb’s celebrity and reputation by ignoring examples of unethical journalistic behavior provided to its reporter. (See “CNN Business Editor Did Video Work for Brokers,” WSJ, July 24, 1992)

While in New York, Dan provided information about New York City Police Department corruption to the Mollen Commission. That commission headed by Judge Milton Mollen followed-up the findings of the Knapp Commission that investigated the NYPD corruption exposed by detective Frank Serpico.

According to the New York Times, the Mollen Commission found “that the New York City Police Department had failed at every level to uproot corruption and had instead tolerated a culture that fostered misconduct and concealed lawlessness by police officers.”

Dan began his broadcast career during the 1960s in Baltimore as a radio reporter and disc jockey for WBMD and WCBM.

Among other Baltimore investigative exposures:

* He exposed the way organized crime was stealing cargo from new shipping containers in Baltimore harbor that were supposed to be theft proof.

The contacts for such revelations were largely made while Dan worked as a street aide for the political group headed by former Baltimore mayor Thomas “Big Tommy” D’Alesandro, the father of  U.S. House speaker, Nancy Pelosi. His position as student body president of Baltimore Polytechnic Institute, the city’s most prestigious high school, opened doors to relationships with other normally closed sources.

As an actor, Dan has appeared in well-known feature films like Contact, Mad City, and Malcolm X. His TV credits include Tom Clancey’s Net Force, The X Files, The Practice, and Mr. Show, Another World and Unsolved Mysteries. He was the voice of Fear on that top rated MTV series. Entertainment Weekly named Fear among the top Taboo-Breaking TV Moments.

Film critic Godfrey Cheshire in the New York Press on Waco: The Rules of Engagement: “It is easily the most important American documentary of the past decade.” The film proved that almost the entire government official story about its actions against the Branch Davidians was a lie. “Waco” was the lead film in the 1997 world tour Human Rights Watch Film Festival and won almost every top award wherever it was shown

Film critic Emanuel Levy in Variety on The Jaundiced Eye: “Gifford … should be commended for tackling difficult, controversial issues such as an unflinching investigation of miscarried justice all but ignored by the media.”