Should we pay slavery reparations? 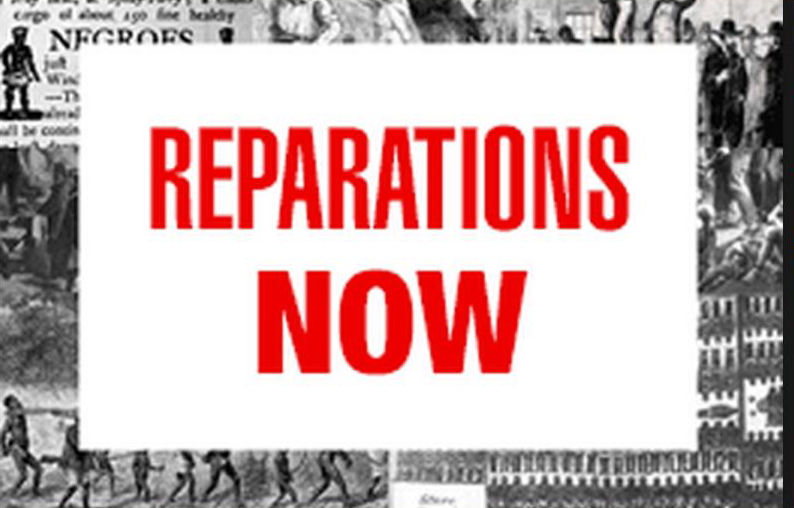 No. It's an absurd concept. But even if it wasn't, payment has been made in full and then some.

Forget that seemingly endless list of familiar Democrat presidential candidate faces named Sanders, Ocasio-Cortez, Beto, Booker, Biden, Warren, Harris and others who say reparation money is owed to the descendants of slaves because this is the face that actually may cause reparations for slavery to be made if they ever are.

It is the face of my distant British cousin Baron Anthony Gifford, Senior British Queen's Counsel Barrister (the highest level in British law), Hereditary Peer of the United Kingdom, former House of Lords member, frequent upper chamber speaker on international human rights and the man who has made the major legal case under international law for reparations he says are owed to the descendants of those blacks made chattel slaves in Britain and what became the United States.

In its narrowest form, the driving idea behind slavery reparation claims is that money is owed by the descendants of "white" slave owners to the descendants of Africans who had been enslaved as part of the Atlantic slave trade practiced by the United Kingdom and United States. Never mind the browbeating hypocrisy of Senators Elizabeth Warren or Kamela Harris that implies their ancestral purity regarding slave ownership. Because if that is the measure for reparation liability, both Warren and Harris are on the hook because both their ancestors owned slaves.

For Warren, it was those Cherokee slave owners she fondly points to in her DNA. 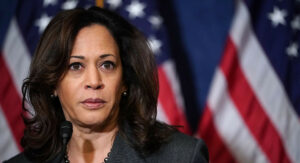 For Harris, it was that never mentioned Jamaican plantation slave owner named Harris.

And if those "non-whites or "people of color," as they like to describe themselves, have reparation liability, what about those descended from the more than 500 free blacks who owned slaves in the ante-bellum South?

And what about the fact that the original slave owner of a black in what became America was a black man named Anthony Johnson? 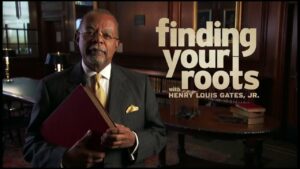 Harvard professor Henry Louis Gates Jr. has shocked a number of prominent liberal blacks whose politics embrace reparations with proof their ancestors owned slaves when they appeared on his "Finding Your Roots" PBS show. Gates has stunned prominent liberal reparation advocate whites too. 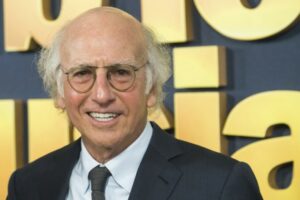 Seinfeld creator and "Curb your Enthusiasm" star Larry David screamed "Oy!" and booked an additional hour of his well known daily psycho therapy on learning that be had slave-owning Confederate ancestors in Alabama.

The difficulty of sorting out purity about ancestral slave ownership is the likely reason for the broader reparation claim gradually replacing the first one. That is simply that today's "whites" owe today's "blacks" money as blood guilt extortion for years of "Jim Crow" and or "white privilege" discrimination -- or something.

Good luck sorting that one out. Americans are a mongrel people with many "whites" having more African ancestry than "white" and many blacks having more "white" in them than black. And what about "whites" whose ancestors came to America after slavery was over or others whose forebears were here but never owned slaves? Same for "blacks." Many came to America after slavery too and therefore cannot point to anyone in their family tree who was a slave.

For the record, I believe the entire notion of reparations to the descendants of slaves, none of whom were ever slaves themselves, is both absurd on its face and, as narrowly touted to apply only to those Africans in the Atlantic trade, intellectually bankrupt considering the international law standards invoked by Lord Gifford which are not being employed against past and present slavers around the world of other races. 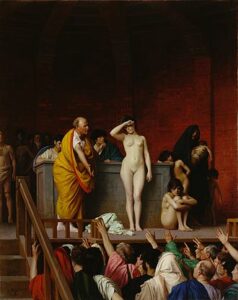 The Tripoli Barbary pirates raided european coastal towns and ships, including American vessels, and sold those they captured as slaves in the Middle East where whites brought a premium price. 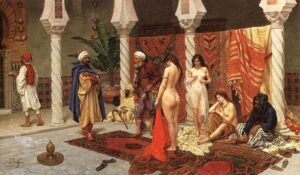 Truth is, "More whites were brought as slaves to North Africa than blacks brought as slaves to the United States or to the 13 colonies from which it was formed" according to Thomas Sowell of Stanford's Hoover Institute and others. To that inconvenient fact, Sowell adds another: "White slaves were still being bought and sold in the Ottoman Empire, decades after blacks were freed in the United States."

Given that history, how much in slavery reparations are owed and to whom by present day Libya or Turkey? Those are not on Lord Gifford's list. Neither are the present day Arab states whose slaver ancestors captured both whites and sub Saharan blacks. Though a popular notion, Sowell notes that "blacks were not enslaved because they were black but because they were available. Slavery has existed in the world for thousands of years. Whites enslaved other whites in Europe for centuries before the first black was brought to the Western hemisphere. Asians enslaved Europeans. Asians enslaved other Asians. Africans enslaved other Africans and in parts of Africa, blacks continue to enslave blacks."

Today, an estimated 30 million people worldwide are still living in modern-day slavery, according to the Global Slavery Index. That index, compiled by the Walk Free Foundation, said that while India had by far the largest number of enslaved people, slavery was most prevalent in Mauritania, where 4 per cent of the population is held in slavery. In the East, China holds an estimated 3 million people in slavery, said the index. That figure "includes the forced labour of men, women and children in many parts of the economy, including domestic servitude and forced begging, the sexual exploitation of women and children, and forced marriage", according to the report. The ugly fact about slavery is that it has been practiced in all societies we know of around the globe. Repugnant as slavery is to us today, another inconvenient fact about human ownership of others is that in some societies it was considered an honorable status by the enslaved.

Mamluks were the slave soldiers of an elite military caste in the Middle East for over a thousand years. They could be bought and sold by their masters and it was considered a high honor to be one. 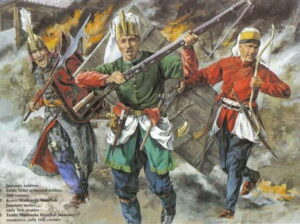 Jannissaries relished their status as the elite slave soldiers of the Ottoman Empire.

Ghilmans were slave soldiers of the Persian Empire.

George Bernard Shaw recognized that apparent need to serve some have in the character of Brittanus, Julius Caesar's slave: "Only as Caesar's slave have I found real freedom."

If that sentiment shocks you, British military historian David Nicolle notes it is because we perceive slavery through the lens of our modern sensibilities. For instance, in the Ottoman scheme of things, a slave often enjoyed more social benefits and even better opportunities than an ordinary subject. That was certainly not the case in the United States. Even so, how can any claim money be paid for that past slavery status while keeping a straight face?

The sheer fatuity of reparations 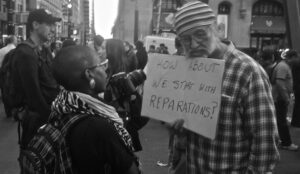 If compensation is owed to the descendants of African origin slaves in Britain or America, it has been paid. Setting aside the considerable blood payment of 700,000 dead in what is erroneously called America's Civil War that ended slavery, the ultimate payment for the slavery horror their ancestors suffered is that they, the descendants of slaves taken from Africa, are in Britain and America where they enjoy the Anglo benefits of personal freedom and rule of law in a civilized society instead of the disease, oppression and violence that permeates almost all of Africa.

So far, the claimed reparations are speculative. That is, they have never been paid. They can be contrasted with compensated emancipation which was the method a number of countries chose to end slavery. In that scheme, the slave owner was paid by the government for the value of his slaves. Then the former slaves received a nominal salary from their former owner while being required to work for him for a period of time before being set entirely free. That plan worked in a number of countries as well as the U.S. District of Columbia. However, most other American slave owners did not cotton to the plan.

While particular persons and companies can be identified that benefited from slavery when legal, all those involved are long dead and it is ridiculous to blame their descendants for the action of their ancestors. Only a small percentage of whites ever owned slaves and as noted, all slave owners in the United States were not white.

Can Lord Gifford untangle that Gordian Knot of blame and make a legitimate case for why you or I owe money for something done long ago?