Where were you when you heard? 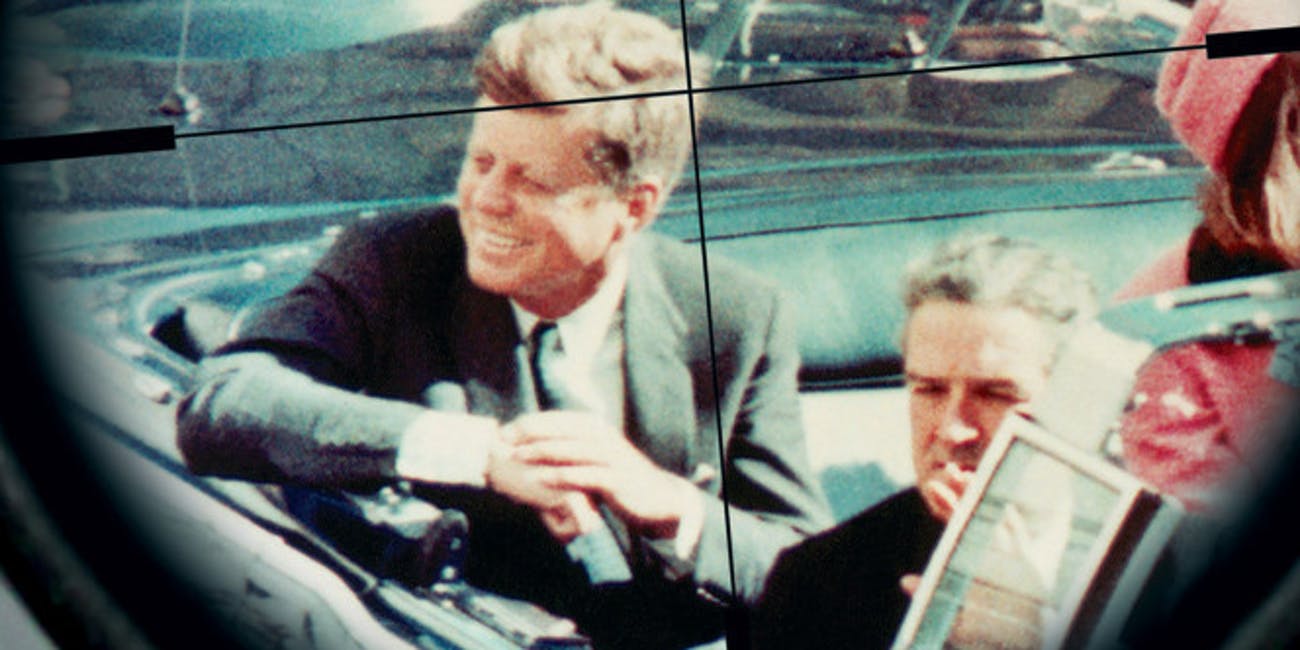 It's not only a date those aware of the world at the time remember, they also remember where they were on hearing the news that President John F. Kennedy had been murdered.

I was in French class at Baltimore Polytechnic Institute, one of America's premier advanced curriculum high schools at the time before the politics and culture to come that defined the 1960s destroyed it, made Baltimore the nation's murder capital and came close to ending Second Amendment Rights. Like most every other place in the country, those at Poly fell into stunned silence after the announcement.

That silence was soon electrified by a malevolent anger in largely Catholic Baltimore toward the then unknown murderer or murderers of the nation's first Catholic president whom many of that faith at the time believed had been put into the White House by divine providence. I felt it on the street as I made my way to gather my mother after school at The Johns Hopkins University where she was a professor of epidemiology.

In the Hopkins faculty lounge, the combination of despair and anger I felt on the street about the JFK murder itself was augmented by a different religiosity. No faith in God or Catholicism there. They believed in the god of state authority and of themselves as its PhD messiahs sent to dictate right and wrong as a matter of public health.

To them, a gun was a deadly pathogen in need of elimination and spoke of their existence as an evil incarnate even if they didn't literally believe in satan. So it was no surprise that the pedantic professorial wrath at the instrument that took Kennedy's life carried the imperious tone of the hell fire and brimstone evangelism they often mocked that went beyond their hatred of the gun and the damage one had caused to their world.

In their world, a gun had not just killed Kennedy, it had killed the inspired illusion of Kennedy as a suave King Arthur and the White House as a mystical Camelot with a Round Table full of celebrities and intellectuals that had vanquished the evil regressive forces of Richard Nixon so that all good progressive ideas were possible. It was a mythical world of the mind full of beautiful, classy, smart people who had evolved beyond traditional taboos and inhibitions that was much relished and promoted by America's chattering class then. But a gun had now replaced all that with a vulgar Texan named Lyndon Baynes Johnson. The disgust was palpable.

Johnson openly referred to "negroes" and "colored people" -- the terms in use then -- as "niggers" and referred to recent civil rights legislation as "the nigger bill." Johnson biographer and historian Doris Kearns Goodwin would later reveal that LBJ told several governors why he called it that: “I’ll have them niggers voting Democratic for 200 years” regarding the Civil Rights Act which he pressed to pass 1964. That Johnson's racial realpolitik was correct about perpetuating the Democratic Party power they wanted mattered not to these Hopkins elites. What mattered was the elimination of guns from American society.

That would be no easy task. This was a time before background checks, waiting periods except in a few states or any of the other strictures now common. So it was no surprise when we learned JFK's murderer had obtained his rifle by mail through an ad that was in scads of magazines and comic books at the time. The Hopkins chattering class and their allies elsewhere that drive political and social trends went ballistic. 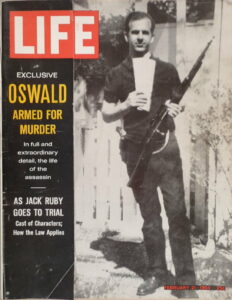 Once the murderer was on the cover of Life magazine and his rifle had been identified and held aloft, the anti-gun media campaign went into high gear. 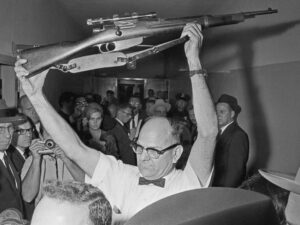 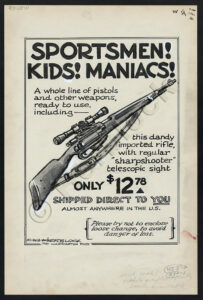 This one slammed the mail order ease with which JFK murderer Lee Harvey Oswald had obtained his W.W.II military surplus Italian bolt action 6.5mm Carcano rifle. A now forgotten bone headed Congressman even introduced a bill to ban that particular rifle as a national security threat. It was a laughable move that did not amuse the Hopkins eggheads and their like who wanted that and much more.

They wanted a complete ban on the private possession of all guns. As members in good standing of elite America, they could look down their noses at those who "cling to their Bibles and guns" as Barrack Obama would later say. The ban they wanted was to be done by fiat and armed force, if necessary. But that wasn't all. Old ways of thinking had to be expunged from American minds and to them, that meant a government re-education effort in the schools and media plus preventive detention (no joke) for those less enlightened than themselves who resisted giving up their old ways. That was a big order. If we are a gun culture now, we were more so then. Movies and particularly TV shows were full of people pointing guns. 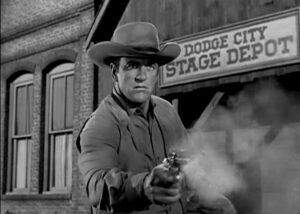 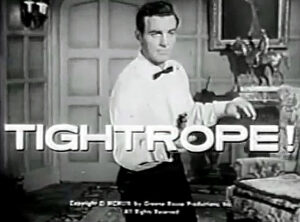 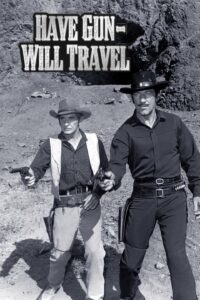 According to the show ratings, the fact that almost all were morality plays in which the bad guys got the bullets indicated "the great unwashed" (a period phrase of snobbery) fans of such shows saw the gun as a necessary tool to tame evil. That was omitted in the media histrionics to the point that an alternate propaganda reality was created. For instance, some pollsters claimed the general public, including said "great unwashed," wanted all handguns banned.

A 1934 George Gallup poll had claimed 80% of America wanted handguns banned. Earlier efforts like The Nation's 1925 crusade to ban revolvers raised the ire of national pundits like H.L. Mencken and the editorial board of the Chicago Tribune, among other papers. But given the popularity of the shoot-em-up dramas in movies and radio which became TV shows, I've always been skeptical.

Those polls were done at a time when our Washington, DC propaganda machine was peddling a fear of gangsters, so they may well have been constructed to come to the conclusion they did in the same way the massive 1969 Hopkins study on guns was found to be. 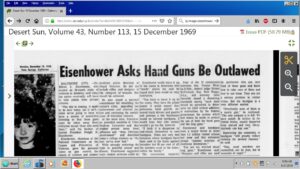 The conclusion of the 1969 National Commission on the Causes and Prevention of Violence chaired by Hopkins emeritus president Milton S. Eisenhower -- the brother of Dwight D. Eisenhower -- was straight forward: The nation eventually will have to take pistols from private citizens, Eisenhower said. “The day is coming, it ought to be here today, but it isn’t—when we’re going to have to have a system of restrictive licensing so that those guns must be taken away from everyone except those who need them” as determined by the states, not the federal government.

If that sounds like the faulty contemporary gun controller rhetoric, so will Eisenhower's other remarks. “I think it is dangerous to individuals themselves to own handguns. There are very few instances where handguns have been used in the home against intruders but 50 per cent of all the murders occur in the home, within the family.” His take on long guns was different. “I’m not too worried about long guns,” Eisenhower said. “Shotguns and rifles are used by sportsmen who are very fond of those guns and know how to take care of them and how to use them. They are not a serious problem in violent crime.

That report was manna for anti Second Amendment activists to the point that Jimmy Carter hired the top academic social scientists to build on its conclusions for his own draconian gun control schemes. But the conclusions of the 1981 Carter commission on the relationship between firearms and violence came to the opposite conclusion.

"It is commonly hypothesized that much criminal violence, especially homicide, occurs simply because firearms are readily at hand and, thus, that much homicide would not occur were firearms generally less available. There is no persuasive evidence that supports this view." Lead Carter researcher James Wright soon wrote the unthinkable: "A compelling case for gun control cannot be made."

What the Carter researchers found was that the earlier Eisenhower study was "results oriented." In other words, it had been rigged to come to the conclusions it did. That sort of academic advocacy fraud is rather common and is a subject for another day, but Eisenhower Commission researchers like Ted Gurr recanted and told me "The irony of gun-control proposals is that they would criminalize much of the citizenry but have only marginal effects on criminals." Staff criminologist Hans Tuch concludes: "Guns do not elicit aggression in any meaningful way. Quite the contrary, these findings suggest that high saturations of guns inhibit illegal aggression."

And there you have it, yet ya don't.

The side that wants to rid firearms from private hands has constructed opposite narratives which are widely believed because of constant media repetition within entertainment fare, news reportage or celebrity blatherings by the likes of Rosie O'Donnell: "I don't care if you want to hunt, I don't care if you think it's your right. I say, sorry, you are not allowed to own a gun, and if you do own a gun I think you should go to prison."

That is why anti firearm hysteria is almost entirely immune from facts because the belief that guns are evil is part of a political and social ideology those Hopkins profs demonstrated the day JFK was murdered about what is moral and what isn't.