Should Citizens Have Weapons of War?

Yes. Americans have always owned them because that was the intent of the Founders who wrote the Second Amendment 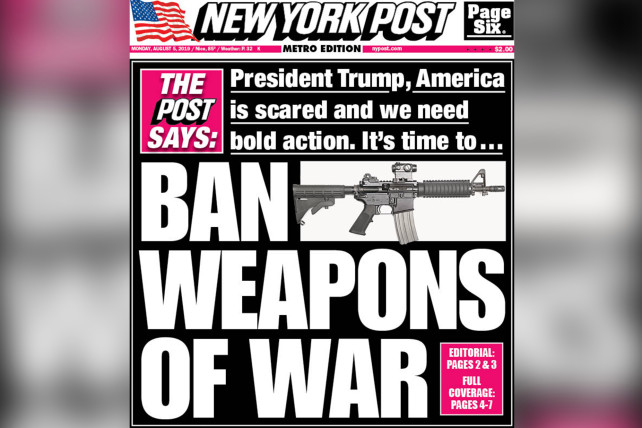 "A well regulated militia being necessary to the security of a free state, the right of the people to keep and bear arms shall not be infringed." - Second Amendment

Refreshers are often a good thing to keep our heads straight. That is especially true of Second Amendment basics given the inescapable disinformation noise of our political and chattering classes across  all media. Hardly any of that cacophony is louder at the moment than the claim that private citizens have no constitutional right to own "weapons of war."

California Democratic Party U.S. Senator Diane Feinstein has largely defined her career on that claim."Weapons of war have no place on our streets and schools"

Feinstein's assertion is ridiculous because Americans have always owned "weapons of war." By that I mean real military arms, both foreign and domestic, which have been available for purchase from commercial dealers or directly from a U.S. government program Congress established more than 100 years ago to sell military weapons to civilians.

This Colt Model 1911 was the standard issue military pistol issued to American forces for almost 1oo years. It's a "weapon of war" that was and maybe still is the most commonly owned handgun in America. Other U.S. issued "weapons of war" like the WWII era M1 Carbine, Garand rifle and even machine guns were available by mail order, almost no questions asked, for years. 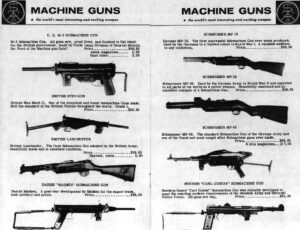 Those are official American military issued arms, but that aside, "weapon of war" is a rather silly phrase on its face since almost any weapon or object can be and has been a weapon of war as ancient stories attest and modern archeology says probably happened.

The Biblical David killed Goliath with a rock thrown by a sling. The Roman army also used sling thrown objects in battle with devastating results. 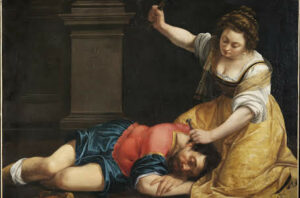 The Biblical Jael drove a tent peg through the head of the sleeping Canaanite general Sisera after he fell asleep after sex and thereby saved her people from annihilation. 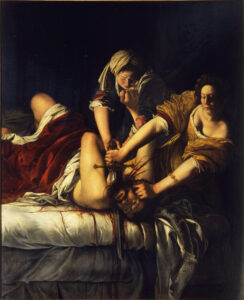 The Biblical Judith cut off the head of the drunk Assyrian general Holofernes who wanted sex with her and thereby saved her town from destruction. 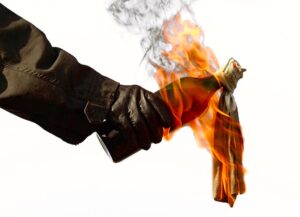 During their 1939 war with the Soviet Union, Finnish soldiers destroyed Russian tanks with incendiary bombs made by filling bottles with gasoline.

Knives, handguns, bows and arrows, bottles of gasoline, rocks, tent pegs or whatever. It's a long list that may soon even include place settings some do-gooder activist will demand be banned. 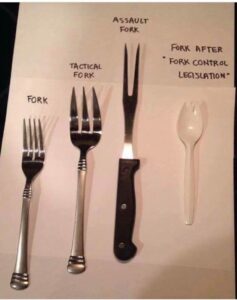 But the "weapons of war" talked most about today are the civilian versions of rifles that look like military issue rifles and which may have military usefulness. Earlier generations understood that, given the Second Amendment's purpose, militarily useful rifles and other firearms were exactly what the Second Amendment guaranteed civilians could and should possess. The 1934 Chicago Tribune editorial board understood what too many no longer do:

"In the revolutionary war the people were able to gain their liberties because when they tried for them possession of firearms was common and many of the citizens knew how to use them. A disarmed population of people familiar with weapons would not have had much chance. In 1789 the weapons in general use would be long rifles, muskets, and clumsy pistols. The people were entitled to have the best weapons they could make or purchase. Now the best weapons for individuals are machine guns and automatic rifles. Use which can be made of these is indicated by law, but it is not the possession of which is properly an offense under the constitution."

For the same reasons the Tribune cited, it has been official defense policy since 1903 to sell military surplus arms and ammunition to the public and to sponsor shooting competitions with those weapons. 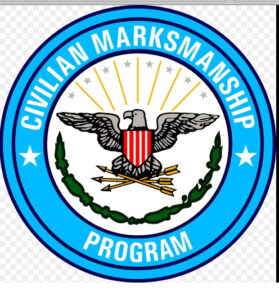 That program exists because the Right to arms is "the palladium of liberties of a republic," as US Supreme Court Justice Joseph Story said in his 1833 book "Commentaries on the Constitution of the United States." It is the ultimate guarantor of all other rights against" sudden foreign invasion, domestic insurrection and usurpation of power by rulers."

So 200 years before many feared Richard Nixon might try and use the military and federal police to stay in office if impeached and Admiral Elmo Zumwalt said Richard Nixon did indeed test the waters with the Joint Chiefs of Staff "to find out whether in a crunch there was support to keep him in power," the Constitution's authors wrote time and again about the dangers to liberty of standing armies in the face of a disarmed population. That admonition is also common to a number of state constitutions.

Protection against criminals was a given, since the Founders realized constitutional rights of due process would keep many lethal people from arrest or jail and loose on the public and that people needed their own arms as protection. But what about that "well regulated militia" phrase? Earlier generations understood both the Founders intent as well as their antiquated phraseology that anti Second activists now claim means something the Constitution's Framers did not.

"The Second Amendment's first portion is not a condition for the second portion." It is simply, as noted by William Rawle in his 1825 book "A View of the Constitution of the United States," -- the standard constitutional text at law schools until the 1870s -- a "declaration that a well regulated militia is necessary to the security of a free state." Its corollary is that "the right of the people to keep and bear arms shall not be infringed." That point has been made by other legal scholars.

Michigan Supreme Court Justice Thomas McIntyre Cooley, one of the most influential 19th century constitutional experts, wrote what is probably the clearest explanations of the Second in his 1898 book "General Principles of Constitutional Law."

"It may be supposed from the phraseology of this provision that the right to keep and bear arms was only guaranteed to the militia; but this would be an interpretation not warranted by the intent. If the right were limited to those enrolled [by the government in the militia], the purpose of this guarantee might be defeated altogether by the action or neglect to act of the government it was meant to hold in check. The meaning of the provision undoubtedly is that the people from whom the militia must be taken shall have the right to keep and bear arms, and that they need no permission or regulation of law for the purpose."

That intent was reflected in James Madison's original arrangement of the Bill of Rights. He listed them within the the Constitution itself where each applied. Along with free speech, the right to keep and bear arms was was placed in Article I, Section 9, the section guaranteeing individual rights such as habeas corpus. So the "right of the people to keep and bear arms," as understood by Madison and his fellow Constitution Framers, has the same individual rights standing -- affirmed contemporaneously in two US Supreme Court decisions -- as the right of the people to peaceably assemble" and "the right of the people to be secure in their persons, houses, papers and effects against unreasonable search and seizure."

But Rights on paper are not always respected for all. So when Second Amendment rights were denied to freed slaves, Congress responded with the Freedman's Bureau Act of 1866, the Civil Rights Act of 1866 and the first portion of the 14th Amendment. All three were specifically passed to nullify special state laws passed in the South to keep blacks from owning owning or carrying guns and to stop the ensuing intimidations and murders of of unarmed blacks by sheriffs, the KKK and militia members.

It was a real life example of Judge Cooley's admonition about the way the militia could be used to oppress by "the government it was meant to hold in check" if the Right to arms was limited to those enrolled in a government sanctioned and controlled formal militia.

But what exactly is the militia? The definition has changed over time and is a bit confusing given our sloppy language and ignorance of history.

To the Founders, "Militia" was defined as "the whole people" with their individual arms and relates not so much to a formal military unit that trained occasionally, but to a system where all citizens were armed for their individual and collective protection against crime, invasion and government tyranny. That meant all able-bodied men within a certain age group were automatically members of the Militia even if not called to active service. The Militia Act of 1903 retained that as the Unorganized Militia and added an Organized Militia.

The Organized Militia is composed of two National Guard forces.

The National Guard portion called State Defense Forces (SDF), are state
equipped military forces over which the federal government has no authority. 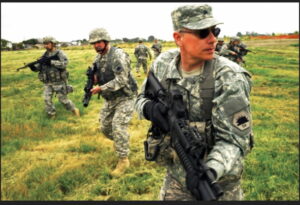 Members of the California State Defense Military Reserve above are performing squad drills. 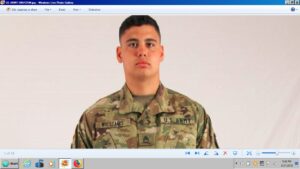 Each Guard may wear the same uniform but notice a key difference. The one above says U.S. Army while the one below says California. 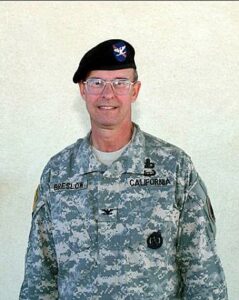 The Unorganized militia remains the Reserve Militia and is composed of every able-bodied man of at least 17 and under 45 years of age, that is not already a member of the National Guard. That's according to U.S. Code. But state laws are different. All that come to mind include those over 45 as well. North Carolina's is typical:

"The militia of the State [of North Carolina] shall consist of all
able-bodied citizens of the State and of the United States and all other able-bodied persons who have or shall declare their intention to become citizens of the United States, subject to the qualifications prescribed in this Chapter, who shall be drafted into the militia or shall voluntarily accept commission, appointment, or assignment to duty therein."

That militia system is an integral part of national defense policy, the backbone of which is the Posse Comitatus Act of 1878, which was written to keep the military out of civilian law enforcement and act as a check on civil police powers.

It's a purpose that cannot work sans a robust Second Amendment. As Theodore Schroeder, a highly important 1800s freedom of speech theorist wrote in his book, Free Speech for Radicals: "the obvious import [of the constitutional guarantee to carry arms] is to promote a state of preparedness for self-defense even against the invasions of government, because only governments have ever disarmed any considerable class of people as a means toward their enslavement."