Eventual confiscation of privately owned firearms via a series of “reasonable” laws is the stated goal of gun control activists.

It's about confiscation
By Dan Gifford*
Film producer
The Washington Times
March 17, 2013
http://www.washingtontimes.com/news/2013/mar/17/gifford-gun-grabbers-blowing-smoke/

If no serious crisis is to be wasted as a chance to sneak laws onto the books that fail the rational reflection test, all "gun control" proposals hastily put forward after the Connecticut elementary school slaughter by a mentally disturbed young man should be seen for what they actually are. They are gradual steps toward the confiscation of firearms from private hands, the "Holy Grail" of "gun control" activism.

Should that assessment seem overly distrustful of legislator and anti-gun activist bloviation about reducing gun violence and preventing mass shootings "from ever happening again" (mass shootings will happen again no matter what laws are passed), conservative Fox News pundit Charles Krauthammer must have surprised many fans in 1996 when he articulated and justified the gun free society case for confiscation in his Washington Post column while the Clinton administration's law banning "assault weapons" was up for repeal. 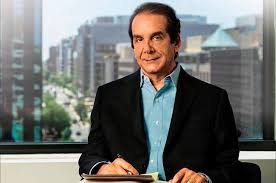 "[E]ven a cynic must marvel at the all-round phoniness of the debate over repeal of the assault weapons ban. … The claim of the advocates that banning these 19 types of 'assault weapons' will reduce the crime rate is laughable. … In fact, the assault weapons ban will have no significant effect either on the crime rate or on personal security. Nonetheless, it is a good idea, though for reasons its proponents dare not enunciate. I am not up for reelection. So let me elaborate the real logic of the ban. … Its only real justification is not to reduce crime but to desensitize the public to the regulation of weapons in preparation for their ultimate confiscation. … Yes, Sarah Brady is doing God's work. Yes, in the end America must follow the way of other democracies and disarm."

Whether you agree or disagree that Mr. Krauthammer's statist confiscation goal is a desirable objective, it is the actual goal of those seeking to sacrifice the Second Amendment for a phony notion of public safety that could be applied to other portions of the Bill of Rights. This means the Second Amendment needs to be gutted on the same public altar for all to see, and candidly discussed, even if most of our First Amendment-protected media refuses to do so.

A major part of that discussion needs to focus on the tangled web of ill-conceived gun law creations that entrap good people. It particularly needs to address gun law enforcement. More federal gun laws mean more power for the Bureau of Alcohol, Tobacco and Firearms and its "jackbooted government thugs," as Democratic Rep. John Dingell of Michigan aptly called them, for the ATF's well known string of unconscionable deadly debacles ranging from Ruby Ridge to Waco to the Mexican border that were intended to scare the public into giving it more power via more gun laws.

Illinois Democratic Rep. Jan Schakowsky agrees the current "assault weapon" ban bills before Congress and state legislatures are "just the beginning." "We're on a roll now," she says, "and we're gonna push as hard as we can and as far as we can." How far is that? "I'm against handguns," Ms. Schakowsky said.

California Democratic Sen. Dianne Feinstein has at least openly stated that she wanted to confiscate all "assault weapons" (and all other guns too?) during the mid-1990s but didn't have the votes. So her current bill titled "To Ensure That the Right to Keep and Bear Arms is Not Unlimited" is a refreshingly candid statement of her intention.

Not so with Nevada Democratic Sen. Harry Reid's "Sandy Hook Elementary School Violence Reduction Act." Its title implies strict Second Amendment restrictions can actually reduce violence. Yet if Mr. Reid really thought violence could be reduced by paring Amendment rights, he could easily do so by proposing to reduce or eliminate the rights of due process that often make the arrest and conviction of criminals so difficult.

Could a Reid-Feinstein bill "To Ensure That the Right to a jury trial or a Miranda warning or against unreasonable search and seizure is Not Unlimited" get backing? How many lives could be saved if police were empowered to search anyone or place they wished? That scenario is not far from the Founder's original intent maintains highly regarded Yale constitutional law professor Akil Amar in his book, The Bill of Rights: Creation and Reconstruction.

The concept has a police power expediency appeal that could catch on.

It's a very slippery constitutional slope some of our high-minded idealists have put us on. And it's one Benjamin Franklin warned us about long ago. "Those who would give up essential liberty to purchase a little temporary safety deserve neither liberty nor safety."