Dershowitz: A Man for All Seasons 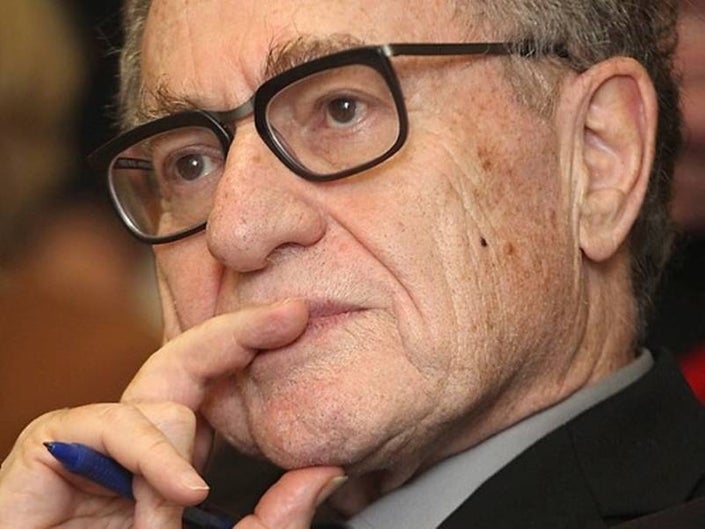 Alan Dershowitz is the quintessential liberal's liberal. The stereotype Democrat's Democrat. He "proudly" voted for Hillary Clinton, hates guns and said he'd omit the Second Amendment if he could re-write the Bill of Rights, among other examples of his bona liberal fides. But there's a flip side to those personal opinions.

No matter that Dershowitz "proudly" voted for Clinton, he told NewsMaxTV that prosecutors need to investigate FBI claims that State Department Undersecretary Patrick Kennedy "pressured" Bureau Director James Comey to drop his investigator's finding that Hillary Clinton's private email server contained classified information that was illegal for it to have. And that Second Amendment? "We're the only country in the world that puts in our Constitution the right to bear arms. It's an absurd thing to be in our Constitution, but it's in our Constitution. We have to live with it."

That is major heresy according to establishment liberal dogma as I, a card carrying Democrat and former ACLU board member can attest -- especially so for a big name Harvard law professor. But it's a heresy of liberal doctrine he had committed before when I asked him in 1993 whether he viewed the Second as a collective right of states to arm its militias -- the establishment position of my fellow ACLU board members then and now which would allow application of draconian gun control laws on individuals -- or a right of individuals to posses and carry arms.

"Foolish liberals who are trying to read the Second Amendment out of the Constitution by claiming it's not an individual right or that it's too much of a public safety hazard, don't see the danger in the big picture. They're courting disaster by encouraging others to use the same means to eliminate portions of the Constitution they don't like."

That quote has been widely mined by others, but it first appeared in a University of Tennessee Law Review article I was asked to write, "The Conceptual Foundations of Anglo-American Jurisprudence in Religion and Reason."

What Dershowitz said then doesn't sound so heart stopping now, but he said it long before two U.S. Supreme Court rulings also said the Second was an individual right in decisions the ACLU refuses to accept. Other law luminaries like the late Don B. Kates, Duke's William W. Van Alstyne, Northwestern's Daniel Polsby, Texas' Sanford Levinson and Yale's Akhil R. Amar also wrote that they had come to the same conclusion during the mid 90s, but it is too often forgotten how much the messenger matters.

On that score, Dershowitz was the first of the super star law professors with instant national household name recognition to say the Second was an individual right and that its scope needed to be honestly discussed. None of that pleased the liberal Democrat high priesthood. Nor does Dershowitz' current refusal to join its inquisition to exorcise the presidency of the demonic Donald Trump from the White House.

But card carrying liberal Democrat Dershowitz won't help its band of Special Counsel, Congressional and media inquisitors torture the Constitution's protections against overzealous government power. Neither will he countenance the inquisitorial mental and emotional torture of anyone in search of imaginary Russian criminal collusians and fabricated impeachable connivances that may be admitted or attested to under prosecutorial duress. "My hate mail is now coming from partisan Democrats, who care more about destroying Trump than protecting our civil liberties," Dershowitz says. 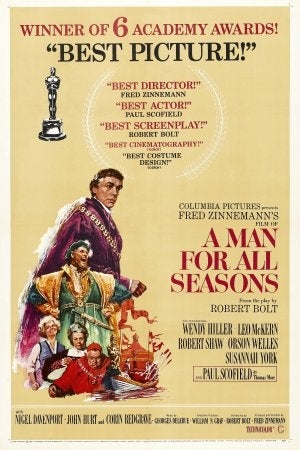 And that's what sets Dershowitz apart as a man for all seasons not unlike Sir Adrian Bolt's Oscar winning Sir Thomas More (played by Paul Scofield) characterization.

This scene with More's zealous son in law, John Roper (played by John Hurt), illustrates the point. Just substitute Dershowitz for More and the farce TV news enabled Trump hater of your choice for Roper. Your call as to whether Trump qualifies as the Devil.

Roper: So now you'd give the Devil benefit of law!

More: Yes. What would you do? Cut a great road through the law to get after the Devil?

Roper: I'd cut down every law in England to do that!

More: Oh? And when the last law was down, and the Devil turned round on you — where would you hide, Roper, the laws all being flat? This country's planted thick with laws from coast to coast — man's laws, not God's — and if you cut them down — and you're just the man to do it — do you really think you could stand upright in the winds that would blow then? Yes, I'd give the Devil benefit of law, for my own safety's sake.

Dershowitz understands that the implicit "corrupt motive" of politics and personal animosity in the Trump, Russia et whatever else inquisition is a slippery slope for turning political differences into felonies. That's no logical fallacy given the history of other heretic hunts. "I know because I am currently being accused of being corruptly motivated in making my argument against charging President Trump with obstruction of justice.

My emails are filled with such charges. The following email is typical:

"YOU ARE NOT A LIBERAL BUT RATHER A ZIONIST REPUBLICAN AUTHORITARIAN BIGOT," as well as "SELLING YOUR OPINION/SERVICES TO THE HIGHEST BIDDER!"

"I want to know how much the Trump administration is funneling to you under the table, of course, to keep your support of him off the record? And if it's not money, what sort pay off is it? Favors, promises, bribes ... what??"

Those are the same sorts of NRA collusion accusations Dershowitz received more than twenty years ago after publication of his Second Amendment assertion.

"The political dimension: Do you think this reflects well or poorly on a candidate — and that's fair game. But second, if there is to to be criminal dimension, there has to be overwhelming proof … of … all the elements of crime. And so far from what I've heard, I haven't heard that those elements come even close to being satisfied." "Whether you're a Democrat or a Republican, we don't want to see policy differences turned into criminal prosecution," Dershowitz added.

"Anglo-­American law is based on precedent. What happens today can be used tomorrow. So beware of creating precedents that lie around like loaded weapons in the hands of overzealous or politically motivated prosecutors."