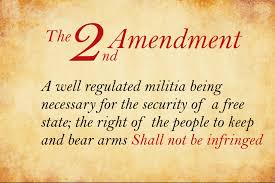 It's hard to believe now, but there have been times when major media opinion makers pushed back against activist and government propagandists  and their ginned-up howls for Second Amendment infringements as a crime cure.

One such time was the 1920s and 1930s era when gangs fought each other for control of the prohibition booze trade and other illegal activities. Those gang battles occasionally involved machine guns which, at the time, could be purchased at any hardware store or by mail with few questions asked. Together with sensationalist news accounts and movie depictions, enough of the public became terrorized about machine guns, sawed-off shotguns, revolvers and other firearms dubbed "gangster guns" by public relations savvy activists to scare the public and be exploited by politicians. 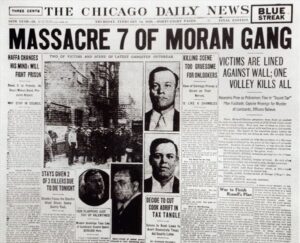 The most dramatic gang killing of that time was unquestionably the 1929 St. Valentines day massacre in Chicago by Al Capone's South Side Italian gang of the North Side Irish gang led by George "Bugs" Moran. All seven men killed were either hardened murderers or gang associates, not the school children or other innocents who today have been gunned down in double figures by crazies.

Those sorts of planned, mass thrill murders of innocents did not happen until the late 1960s, possibly because such a thing was so far beyond the pale of then dominant Judeo-Christian morals and cultural acceptance as to be an unthinkable evil, which is exactly how the St. Valentine day murders were seen. So much so that activist demands for bans on "gangster guns" by those famous pundit H.L. Mencken called the "uplifters" and "do gooders" increased.  Some newspapers agreed, but many like the Chicago Tribune did not. 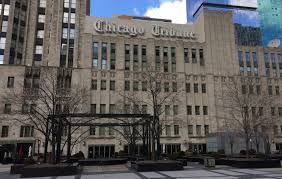 "In the revolutionary war the people were able to gain their liberties because when they tried for them possession of firearms was common and many of the citizens knew how to use them. A disarmed population of people familiar with weapons would not have had much chance. In 1789 the weapons in general use would be long rifles, muskets, and clumsy pistols. The people were entitled to have the best weapons they could make or purchase. Now the best weapons for individuals are machine guns and automatic rifles. Use which can be made of these is indicated by law, but it is not the possession of which is properly an offense under the constitution.

It is notorious that when restrictions are put upon the possession of firearms or any particular kind of weapon they never are effective against the criminal classes but only put the peaceable man at a disadvantage or in a false position before the law. The prohibition does not bother the enemy of society but it makes a technical offender of the decent citizen. The man who would not misuse a weapon is the man who is injured. The drive for public security is thus given the wrong direction."

Those 1934 Tribune editorial board members knew and understood the same thing almost every schoolboy did at the time that we today have forgotten. That is, the three reasons for the Second Amendment:

Those reasons are plainly stated in founding era law books by the likes of Supreme Court Justice Joseph Story, Philadelphia District Attorney William Rawle and Michigan Supreme Court Justice Thomas Cooley, the leading living commentator on constitutional law until his death in 1898. It was Cooley who corrected much of the commonly spread misinformation about the Second Amendment only protecting those enrolled in their state's militia, which is not the same as a state's National Guard. 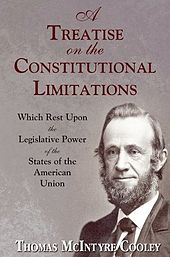 "If the right were limited to those enrolled, the purpose of the guarantee might be defeated altogether by the action or the neglect to act of the government it was meant to hold in check. The meaning of the provision undoubtedly is, that the people, from whom the militia must be taken, shall have the right to keep and bear arms, and they need no permission or regulation of law for that purpose." 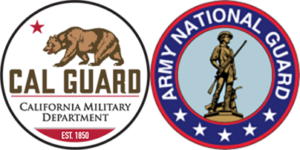 Tribune editorial writers also knew the militia difference between the National Guard and the militia mentioned in the Second. The former is a reserve component of the U.S. military on temporary loan to the states which can be put under federal control at any time.  The latter is the state defense force that each state has and maintains. Most don't know they exist, but the Tribune did.

Its writers knew state militias or defense forces, like California's above on maneuvers, cannot be put under federal control and that members have traditionally been expected to supply their own military grade "weapons of war" and ammunition.

The last time state defense forces or militias were put on battle footing occurred after the Japanese attacked Pearl Harbor and the legitimate fear of a Japanese incursion on American soil was real enough to switch the 1942 Rose Bowl football game from California to North Carolina. 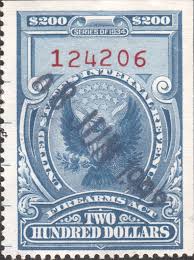 By that time,  the National Firearms Act (NFA) of 1934 was in effect. Only the NFA was not a ban but a $200 (over $2,000 in today's money) tax on any firearm dubbed a "gangster gun."  It was a tax because FDR Attorney General Homer Cummings told Congress it had no authority to ban any firearm because the Second Amendment forbid it. But Cummings said a high tax was constitutional even though an equally high tax on books, protest march licenses and church attendance would most certainly not have been.

So Cummings constitutional double standard went on the books where it remains to this day with one alteration.  Until 1986, one could buy new machine guns and legally register them. But former New Jersey Democrat congressman William J. Hughes slipped in an amendment to the Firearms Owners Protection Act of 1986 that banned the sale of fully automatic firearms that were manufactured after the law’s passage. I asked Hughes why he did that while covering a story he was involved in for CNN. All he would say was that he saw an opportunity to do it and did. It's the sneaky way much destructive legislation gets put on the books. 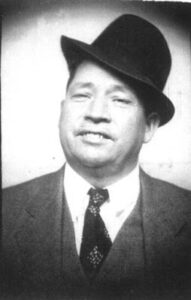 The NFA got its Supreme Court test after bootlegger Jack Miller was arrested for possession of an unregistered, double barrel shotgun with a barrel less that 18 inches long.  According to the NFA, that qualified the gun as a "gangster gun." So Miller was charged with tax evasion for not paying the required $200 tax. 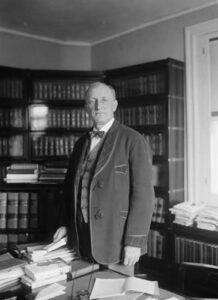 The Court's  decision in US v Miller written by Justice James Clark McReynolds had people scratching their heads for its lack of clarity then and still does. "In the absence of any evidence tending to show that possession or use of a ’shotgun having a barrel of less than eighteen inches in length’ at this time has some reasonable relationship to the preservation or efficiency of a well regulated militia, we cannot say that the Second Amendment guarantees the right to keep and bear such an instrument. Certainly it is not within judicial notice that this weapon is any part of the ordinary military equipment or that its use could contribute to the common defense."

There was no judicial notice of a sawed-off shotgun being useful for militia service because Miller had been murdered and his attorney did not show-up to argue Miller's side of the issue. Knowing its NFA case was probably a slam dunk win without opposition, the government refused to drop the case and argued without opposition. That side, had it been presented, would have shown the US military commonly used shotguns in WWI for close combat and that some were known to have barrels less than 18 inches and still do.

Proof of that was available then and is now. In a letter to writer Benjamin Sobieck from a Coast Guard member: "I carried a Remington Model 870 fairly extensively as my long gun. I preferred it over the M16 for tactical boardings and crowd control.  I carried the older 80s model, but the CG after 9/11 modified it by shortening the barrel and putting on a red dot."

However, the government didn't tell the Court about that evidence and so incorrectly ruled that since the military doesn’t use sawed-off shotguns, civilians aren't allowed to have them unless the NFA tax has been paid.  That is no small ruling since it sanctioned government authority to regulate certain classes of weapons, as Scalia wrote in District of Columbia v. Heller:

"The Court’s opinion should not be taken to cast doubt on longstanding prohibitions on the possession of firearms by felons and the mentally ill, or laws forbidding the carrying of firearms in sensitive places such as schools and government buildings, or laws imposing conditions and qualifications on the commercial sale of arms. Miller’s holding that the sorts of weapons protected are those “in common use at the time” finds support in the historical tradition of prohibiting the carrying of dangerous and unusual weapons."

If law-abiding citizens had seen fit to stock up on Tommy guns back in the day, they might be legal now. But since they weren’t in “common use,” and therefore not the sort of weapon an average guy would regularly use or even have in his closet when the militia was called up, prohibitions against them are constitutional—even though sawed-off shotguns, the basis of Miller, were a common weapon among American soldiers in Vietnam and Iraq.

So what did Miller hold?

At a minimum,  honest law profs like Harvard's Alan Dershowitz, Duke's William Van Alstyne and former Michigan law prof Don B. Kates told me Miller held that the Second Amendment permits Congress to tax firearms that are not useful for military service. That would mean the Second Amendment protects an individual right to possess and lawfully use weapons that are suitable for militia service while permitting their reasonable regulation. But what is "reasonable regulation?"  -- especially, as Justice Cooley observed, when that regulation is done by the very government the right was intended to hold  in check?

It's not a question that gets asked in polite company, but given the riots of 2020 and the destructive manipulations by George Soros funded district attorneys that tear at the fabric of both Common and Constitutional Law, we had better start asking.