You back the blue, so why doesn’t it back you?

Police leaders oppose all sorts of Second Amendment rights, yet both gun owners and the NRA continue to support police 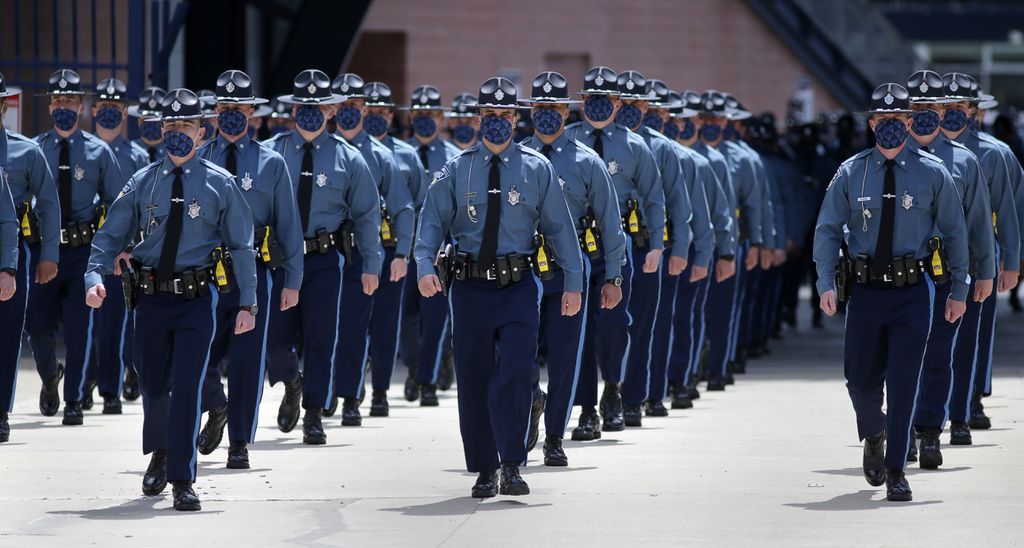 If there is one thing both the National Rifle Association and its stalwart members have in common aside from being defenders of Second Amendment rights, it is that they are backers of police. Conversely, if there is one thing police unions and police "brass," have in common, it is that they have consistently worked to severely constrict or eliminate the Second Rights of those supporters.

Yes, there are a few street cops or sheriffs who believe or even dare say aloud citizens should have little or no restrictions on what firearms they own or their legal ability to carry a gun openly or concealed and to use it against attackers and thieves as in Arizona and some other states. There are even some police who openly expressed gratitude to the armed citizens who helped curb the Black Lives Matter/ANTIFA riot violence in places like Kenosha, Wisconsin. And yes, there are even some cops and sheriffs -- usually rural area ones -- who say they would refuse to enforce the draconian gun laws proposed of late by Joe Biden and a cadre of statist politicians and "do gooders" stretching back over 100 years.

But among those police that matter in the public policy and perception arena -- the big city chiefs, federal agency heads and particularly police unions -- the expressed position among both rank and file and leadership is that armed citizens are a threat to public safety and or police. Thirty years or more of widely published academic research by John Lott of the Crime Prevention Research Center, Florida State's Gary Kleck and others have shown those arguments are baloney even though they keep being recycled. However, the likely reason I have found for police opposition to full gun rights during my years as a reporter is that most all police see themselves as members of an exclusive club with special privileges that they are not about to share with those they view as cop "wannabes."

You've read about their opposition ...

Fact is, I have never heard of full Second Amendment Rights being publicly supported by a major police union, benevolent organization or police chief. Second activists take that shun in the shorts and come back for more. Why? Largely because they refuse to acknowledge the reasons people become police. At some point years back, I reduced them to the acronym J.A.L.E.

J is for the person in need of a job. But policeman isn't just any job. It's entre to special status, benefits and authority.

A is for altruism. That's the person who actually believes they can make a positive difference in society by becoming a police officer. What they inevitably find is that the nature of the job soon purges them of their idealism.

L is for legacy. Daddy was a cop, grandad was a cop, etc, and they all had special status, authority and camaraderie that they want themselves.

E is for evil. That's the bully, the guy who wants authority over others. But that's not all. If he's lucky, he may get to legally shoot someone.

So in the face of such underwhelming support, why do gun owners, the NRA and other Second Amendment advocacy groups almost always rally behind the police? Setting aside the cultural and real politick the typical legal gun owner has for "law and order," gun ownership's Common Law roots, or the Founders expressed need for an armed population to oppose foreign invaders, power usurpers and or criminals the Rights of Due Process leave loose on society, the answer, at least for the NRA, can be said to be money.

Ya see, the NRA's police “instructor development schools” that teach police how to win gun fights make money. Each of its eight tactical shooting specialization certificates cost around $1,000. Those enrolled must not only be NRA members, they must pay additional fees to maintain their certifications. According to the NRA's description: “The law enforcement firearms instructor’s job is to teach officers how to be safe, effective and timely in the use of their firearms and tactics and to win the lethal encounter.” The symbiotic bond developed in that NRA-police relationship is an important one.

On the NRA side, its Center for Responsive Politics has noted its Political Action Committee (PAC) has been among the leading recipients of contributions from police officers. On the police side, the NRA Foundation reported it gave more than 1.4 million in guns, ammunition, and cash directly to police between 2009 and 2018. Most of those contributions went to rural police and sheriff’s agencies and the dollar totals are probably higher since the NRA only has to disclose grants that exceed $5,000.

It's at this point that the NRA-police relationship multiplies from a single paradox to several.

Both the NRA and Second Rights defenders vilified federal police about their murderous actions against back woods survivalist Randy Weaver at Ruby Ridge and the Branch Davidians at Waco.

Returning the favor, police organizations fabricated a false narrative about both events which was then sold by their political and media allies. A meaningful part of that false narrative blamed what happened at Ruby Ridge and Waco on NRA opposition to laws infringing on Second Rights. 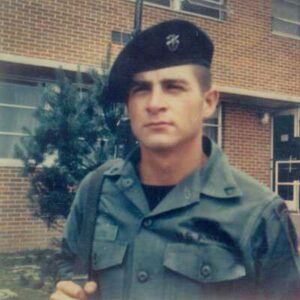 For those who have forgotten, decorated former Army Green Beret Weaver was entrapped by Bureau of Alcohol, Tobacco and Firearms (BATF) undercover agents in a publicity scheme meant to scare politicians into giving the BATF more power. By the time it played out,  federal police had shot and killed Weaver's 13 year old son and his wife had been gunned down by FBI sniper Lon Horiuchi while holding her baby. 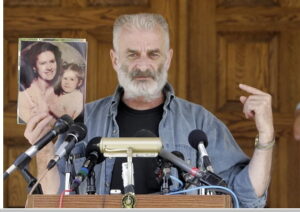 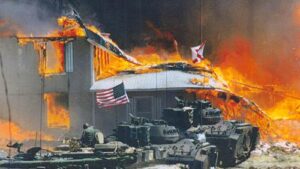 That ended with the FBI mass murder of 76 men, women and children in a conflagration that was seen around the world. It was an ending that could have been expected given the encouragement to kill taught by NRA shooting instructors like Lt. Col. David Grossman. 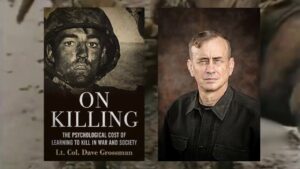 The high profile instructor tells his student police that killing is "just not that big of a deal" for the "mature warrior." Grossman also tells them to expect the best sex of their lives after killing someone and describes that elation as a job perk. 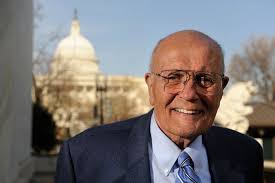 Several days after the Waco massacre, Detroit Democrat Congressman John Dingell referred to those federal police at Waco as "jack booted thugs." Being a Democrat, he did not receive the standard leftist blow-back that he was expressing the view of older, conservative whites who portray federal authority as tyrannical that

academics like University of Illinois-Chicago political science professor Alexandra Filindra heaps on such comments. But that's what NRA chief executive Wayne LaPierre got when he repeated Dingell's phrase in 1995.

America's mendacious media then attributed Dingel's phrase to LaPierre and the NRA. That false attribution was then used by commentators, politicians and police groups as proof that LaPierre, the NRA and most gun owners were "ant-government" and "anti-police." Those were the most powerful pejoratives one could be saddled with in public life at that time and the charge effectively ended both LaPierre and NRA credibility in polite company before "canceled" was a thing. That was never done to Dingell because he was protected by the double standard armor reserved for Democrats and those holding left of center views.

It's a bias that could reverse, but causing that to happen will depend on police organizations coming to a realization of who their friends really are. Second Amendment activists can speed that process along by not only making more friends among police, but by grooming and encouraging rank and file police to seek command positions. It's a long process, but it's a process Anti Second Amendment activists have used to their benefit.