The beguiling power of Marxist Rhetoric 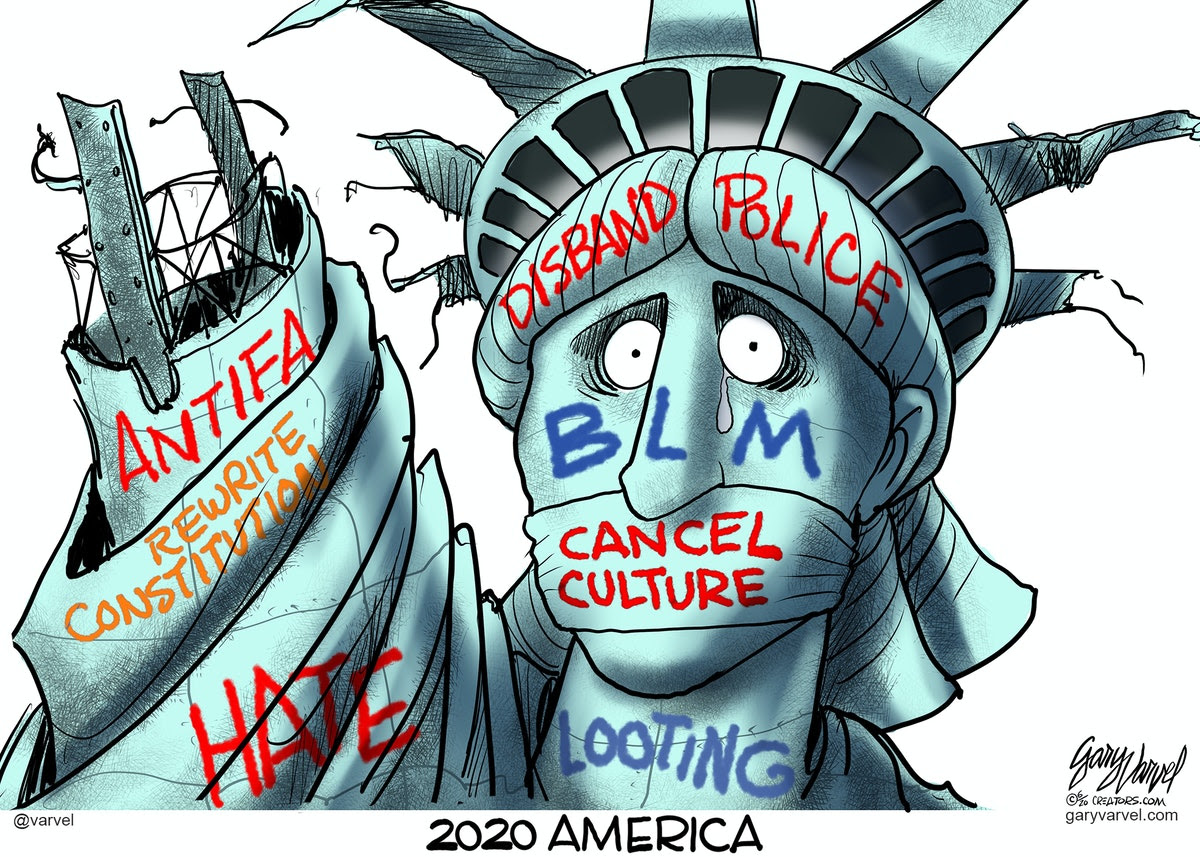 A vexing aspect of working in the entertainment media -- at least for me -- is keeping up with all the different social and political words and terms which seem to erupt overnight as either neologisms or new definitions of old practices. Those words and terms are important because, whether new or redefined, they shape our thoughts and induce perceptions that become individual, social or political reality.

That reality can be contradictorily absurd when created by leftist verbiage. How else to explain this gem I often heard on the Berkeley campus during the 1960s: "Nobody has a right to own a gun; but people have a right to own guns to fight LBJ's fascism." LBJ was Lyndon Baines Johnson, the 36th White House fascist in residence at the time.

That blather not only expresses the lack of logic that characterizes much leftist thought, it also expresses the exceptions that are endemic to its rhetoric despite claims of "equality." Those exceptions allow for laws and rights to be applied selectively to one group but not another as is now being done in the people's republic portion of Seattle.

There, leftist radicals now flout Washington state laws against gun carry and rape and robbery and extortion and so on in the spirit of leftist equal application of law except for those above it because they have the guns. More on that might makes right equality down the page. But for now, remember that mind f*ck of equality and reality is largely made possible by words, terms and slogans that too many mindlessly repeat.

The two most commonly heard words or terms as I write this have to be "Woke" and "Cancel." And while neither are really new in the strict sense, they have evolved through use by the founders of Black Lives Matter(BLM), self described queer Marxists Patrisse Cullors and Alicia Garza, into social media cultures.

In that context, woke expresses alertness to social injustice while cancel expresses the shunning or shaming or obliteration from history of those who said or did something (often years ago) that is now considered offensive. But while manipulative rhetoric can make both practices appear to be lofty and moral, they both conceal the repressive attitudes, values, goals and practices of classic Marxist tactics intended to enforce collectivist conformity and beguile the gullible.

Of the two, woke was on its way out as au courant before its use received new life from the millions George Soros -- yes, despite the denials, George Soros -- and company gave to the Black Lives Matter Marxist movement in a way intended to make BLM appear to be a black community grassroots movement. 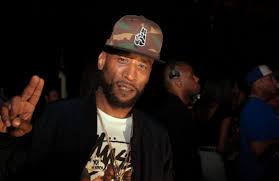 Rapper Lord Jamar is among those not fooled: “Black lives matter isn’t our movement, it belongs to George Soros and his f**king boys”. What Jamar sees that others don't is that Soros' "boys" recognized BLM's founders as kindred cultural Marxists wanting to fold the progressive movement back into traditional Marxism.

They saw BLM had rejected intersectional theory, the headache that gave us safe spaces, trigger warnings, and the Oppression Olympics. Instead, they saw BLM was rejuvenating the traditional Marxist class struggle goals of collective resource ownership, banks, and businesses, a killer income tax and more -- all stuff lifted straight from the Communist Manifesto. Perhaps most of all, Soros und friends liked BLM's reframe of Marxism's traditional proletariat vs. bourgeoisie battle as a black vs. white race war.

The largesse BLM received came through Soros fronts like his Open Society Democracy Alliance which includes names like Rob McKay of Taco Bell, former Democrat presidential candidate Tom Steyer and New Israel Fund mogul Paul Egerman. No small portion of those billions apparently went to fact checker sites to buy denials of Soros' involvement from the liberal Democrats who run almost all of them. 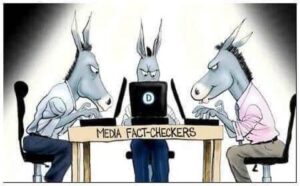 Those denials can range from outright lies to hyper-precision petty literalism. So if the statement "Soros is funding BLM" is defined in a fact check rebuttal to mean he's personally writing checks to BLM, that's false -- even though he is, in fact,  funding it via money he placed with his activist organizations that they then gave to BLM and others. That money has allowed both "woke" and "cancel" to evolve into deceptive cultures of their own that are shorthand for police brutality and or various real or perceived other social injustices.

That may sound like something new, but it's really not. As I see it, "Woke Culture" and "Cancel Culture" are actually new namings for the two parts of what we know and love as Political Correctness. The term first appeared in the Marxist-Leninist vocabulary following the 1917 Russian Revolution. At that time it was used to describe adherence to the policies and principles of the Soviet Communist Party line. From there, it evolved into a tool of linguistic repression of the sort communist guru professor Herbert Marcuse, "father of the New Left," advocated in his 1960s treatise, Repressive Tolerance. 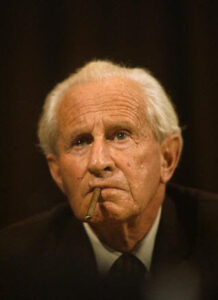 When I interviewed him during the 60s, Marcuse told me those politically left hold the moral high ground and that that gives them the right to shut down opposing speech so theirs can dominate. So, say or do something our apparat elite high priests have deemed through their plenary control of academia, entertainment, media and the courts to be out of line with their constructed narrative of acceptable opinion or practices -- like supporting the Second Amendment, Donald Trump or abortion bans -- and you'll likely get shamed or shunned or even fired. Woke Culture and Cancel Culture are no different.

Again, as I see it, if Woke Culture represents the portion of PC Culture dictating what may be said or done, Cancel Culture represents the punishment for recusants. However obvious that may be, there are aspects to the Wokeness and Cancel Cultures that beguile the unwary, gullible and time warped about their use to spread Marxist ideology that portend bad ends. Culler's and Garza's woke has the teeth of cultural Marxist conformity and the enforced social media discipline of "cancellation."

Yeah. As in shunned. As in banned. As in sent to Krypton's Phantom Zone. You recall the celebrities who were turned on overnight for acts or words, real, imagined or incredibly picayune. Cop TV shows were canceled, Elmer Fudd lost his shotgun and many famous brands changed their packaging lest it be deemed racist.

It was political/cultural correctness run amok to the extent that its Robespierre sans culottes definers of acceptable language and views may, if it continues, gain enough power to demand those who committed past indiscretions pay the ultimate price often enough for Madame Dufarge to complete her knitting. Think that's implausible? Think again. 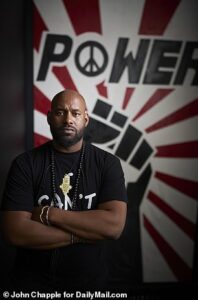 In an exclusive interview for Britain's Daily Mail, Hawk Newsome, Chairman of BLM's Greater New York chapter said the black rights group is 'mobilizing' its base and forming a highly-trained 'military' arm to challenge police brutality head on. BLM, he said, will patrol black communities to challenge police and stop police brutality in a manner reminiscent of the 1960s Black Panther Party, he said. Given the spinelessness shown by political leaders of late in allowing Newsome's  BLM cadre to "cancel" laws against the open carry of weapons while enforcing those same laws against others, it's not implausible that may become a norm.

How would that play out?

Those with a memory will recall the Black Panther armed justifiable response to police brutality against blacks in Oakland and some other places soon degenerated into the repression of those it was allegedly protecting and then into criminal activity and murder by its own gun toters. Had they not overplayed their hand and gotten reined in, those Panthers could easily have evolved into an American black power version of the 1920s Hungarian communist regime's Lenin Boys that murdered all they suspected of not following Marxist doctrine. 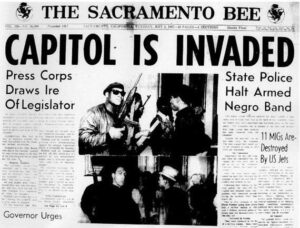 For all the idealism radicals and their naive liberal enablers heaped on the Panthers, radical lefties at the time from Bobby Seale (of Chicago 8 fame) and former radical communist Ramparts editor David Horowitz finally admitted the Panthers were little more than extortionists, gangsters and murderers.

Would BLM guys with guns be less hesitant to cancel any of us?