Terror in the Ozarks 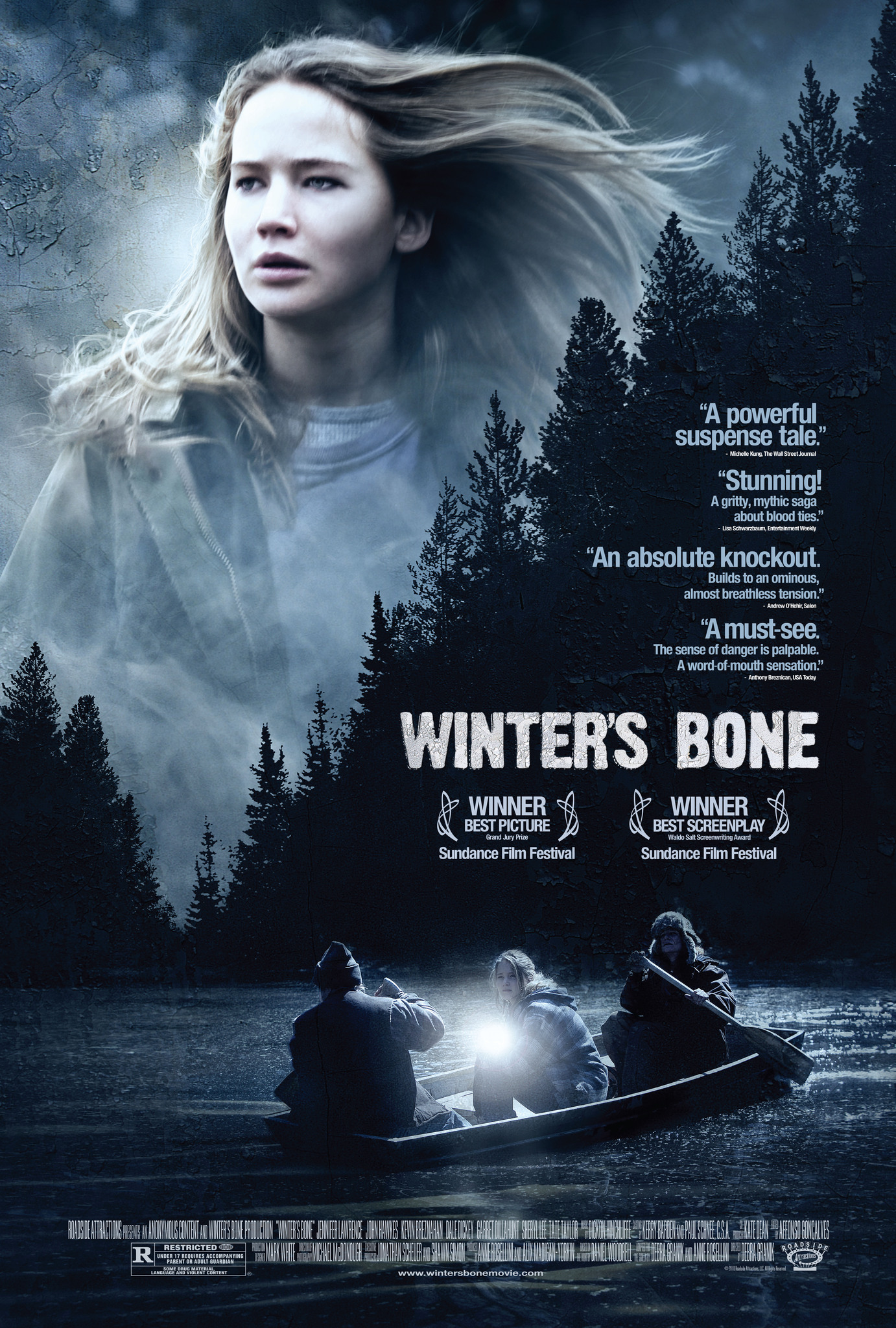 Back when I was a young hillbilly, it could be dangerous to go too far into some parts of the woods. The moonshiners there were clannish, hostile to strangers and guarded their stills with rifles and guile. They switched to marijuana cultivation during the late ’60s and became even more deadly to outsiders by placing explosive booby traps smuggled back from Vietnam on their fields’ perimeters. Now things are really catawampus. The boys are not just cooking super addictive crystal meth or “crank,” they’re using it too, and that makes for some truly crazy and outright paranoid ridge runners. 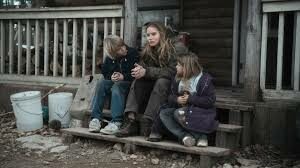 That’s the Winter’s Bone world of Ree Dolly (Jennifer Lawrence), a 17 year old Ozark girl who cares for her two siblings and catatonic mother. She chops wood, shoots and skins squirrels, and she keeps her mouth shut about her crank cookin’ father, Jessup. It’s a world where family trees can resemble telephone poles and family feuds get deadly. No 9-1-1 callers here. The code of honor says when trouble brews, ya’ grab a weapon and take care of things yer own damn self — like the time when Jessup got crossways with Buster Leroy Dolly and got shot in the chest. According to Daniel Woodrell‘s novel on which the film is based: Jessup “was electric on crank, thrilled to have been shot, and instead of driving to a doctor, he drove 30 miles to … the Tiny Spot Tavern to show his assembled buddies the glamorous bullet hole and the blood bubbling.”

Rhee lives strictly by the don’t ask, don’t tell, clan code until she learns she and her family will be homeless in a week because daddy Jessup posted the family home and property for his bail and then didn’t show up for trial.

Bail bondsman Satterfield (Tate Taylor) thinks Ree knows where Jessup is. So does Sheriff Baskin (Garret Dillahunt), who tells Ree that her father wouldn’t have gotten himself arrested if he’d stuck to growing marijuana. Well, Ree doesn’t know where daddy is, but she’s got to find him fast, and that means getting up the nerve to do something that just isn’t done in those parts. She must trudge from house to cabin through the woods to ask some mighty scary meth cookin’ members of her own family if they know where her father can be found — and they might kill her just for asking. 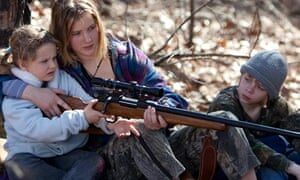 One after another won’t tell her anything even though it’s plain they know something. “Aren’t we all supposed to be kin?” she asks many times. “Conversations just make witnesses” one says. Jessup’s brother, uncle Teardrop (John Hawkes), grabs Rhee by the throat to emphasize the gravity of her questions. “Are you going to kill me?” Ree asks after a group of women led by the wife of the clan patriarch beat the holy Jesus out of Ree and tossed her in a barn. “That idea was talked about,” is the blunt reply.

If that all seems a bit “over the top” as one might say in metrosexual society, please understand that violence and defiance of overreaching authority are integral parts of the Scots-Irish DNA that settled the Appalachians and Ozarks. They are the descendants of King William III’s “Billy Boys” (the arguable origin of the term hillbilly) and the Scottish Covenanters.

The former warred against the Catholic supporters of James II for the English, Irish and Scottish crowns. The latter were Presbyterians who signed covenants of war in their own blood against bishop rule and unlimited royal power in the bloody Bishop’s Wars which preceded the English Civil War. Because the Covenanters wore red scarves around their necks, the English ruling class called them rednecks and the name stuck. No wonder the British Crown shipped my ancestors to the colonies. They spread the libertarian virus of individuality and self sufficiency that undermines authoritarian rule and collectivist schemes here to this day. It is the culture the political left understands it must compromise in order to conquer the American soul.

Back in the woods, Ree’s search for her father has upset her own plans to join the U.S. Army and bank the signing bonus for her family’s benefit. Military service is considered honorable among the poor southern whites who have traditionally composed its backbone (especially in the elite combat units), but she’s not old enough to enlist without her parents signature, and that’s tough to get when daddy is missing and mommy is out of it.

To Ree’s surprise, the same Uncle Teardrop that grabbed her throat comes around to help her search for his brother. He even makes Sheriff Baskin back down in a terrific scene. 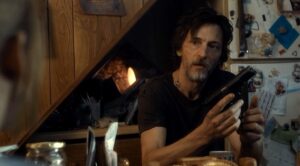 “Is this gonna be our time?” Teardrop asks, Ruger rifle at the ready, as he watches Baskin in his side view mirror. The sheriff has pulled his gun and ordered Teardrop out of his truck for no apparent legitimate reason. The subtext implies Baskin knows something about Jessup’s whereabouts and wants to stop Teardrop and Ree from looking..

Ree eventually does find Jessup with the help of some women aged by meth far beyond their years, and that made me rethink my fond memories of Sadie Hawkins Day. That’s the day cartoonist Al Capp invented in his Li’l Abner comic strip when mountain women get to chase down the man they want to marry and he has to comply. It was a fine fantasy when many backwoods women I saw as a kid looked like young Dolly Partons or Capp’s Stupefyin’ Jones. But crank has got to be the closest thing to an ugly pill yet invented, and the sight of those worn women’s faces so wonderfully cast by director Debra Granik really made me think how my old world has changed.

Thanks to Granik’s attention to authentic detail, Winter’s Bone never offers up silly Dukes of Hazard stereotypes, and that makes it work for me to the point of causing a bit of nostalgia for those woods even if I don’t miss eatin’ possum, raccoon and chitlins.