Why Are White Men Stockpiling Guns?

Because they're paranoid, neurotic and racist! 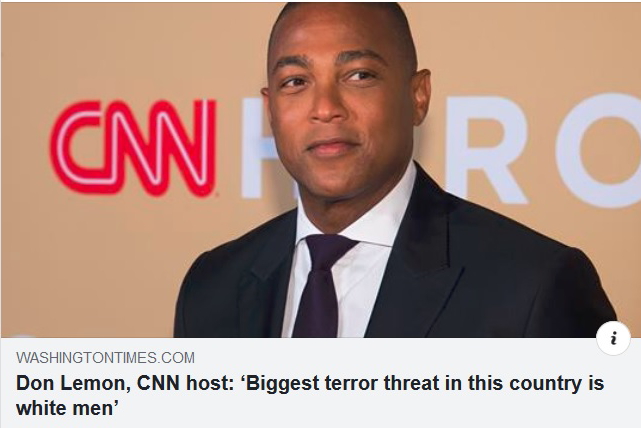 The Root magazine agreed with the SA article and wrote the subtitle answer above in its published review. That Root review of the SA article then did all a favor by cutting through SA's socio psychobable to bluntly state its points.

* They are stockpiling arms like the zombie apocalypse because white men need guns to protect them from the evil Negro monsters roaming the country.

* America Doesn’t Have a Gun Control Problem. We Have a White-People Problem. 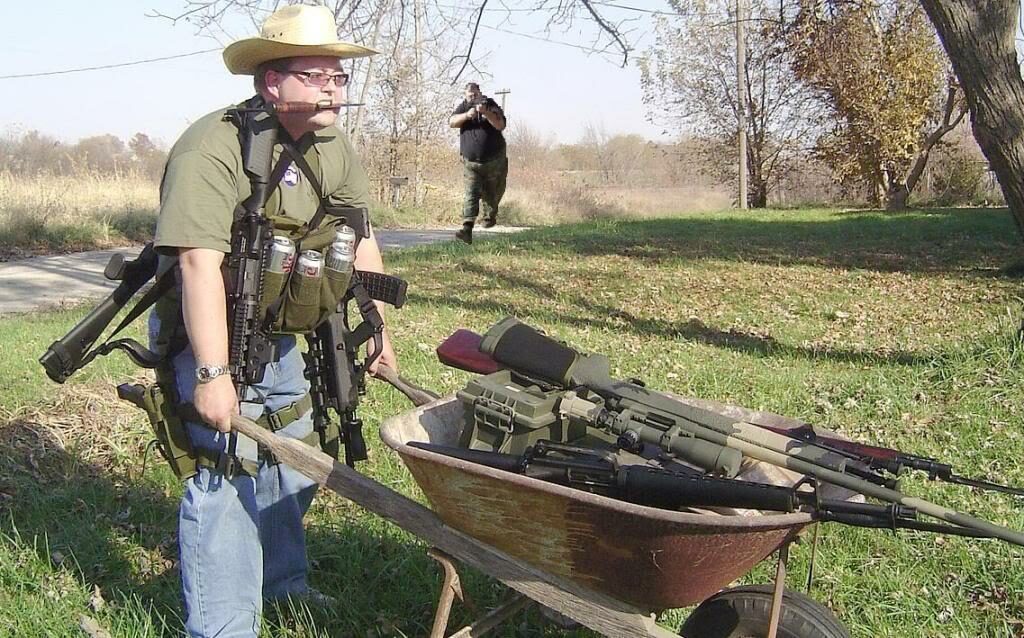 So who are those problem white people?

The lack of definition leaves us with a tossed salad of slighting stereotypes. Are they people of northern European ancestry that we pejoratively call angry white males? White Anglo-Saxon Protestants? Peckerwoods? Rednecks?

The SA article was written by Jeremy Adam Smith, the editor of Greater Good magazine and author or co-editor of four books, including The Compassionate Instinct and Are We Born Racist?

The Root is an Afrocentric online magazine started by Henry Louis Gates Jr. He's a Harvard professor of African American Research and the host of the Public Broadcasting System PBS) show "Finding Your Roots" that traces the ancestry of showcased celebrities.

As you probably discern from the identity of the SA authors, their article is intended to demonize Second Amendment rights exercisers as racists and further inflame America's racial tensions. It's mush social science political advocacy and its SA inclusion is just one example of the reason I canceled my subscription when other like pieces were put to print. SA is supposed to be about science, not racist, inflammatory political propaganda disguised as science. And that's what the the SA article is. 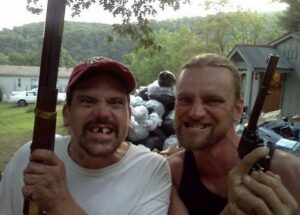 SA isn't alone, of course. That same propaganda disease has also infected other vaunted publications. My Smithsonian subscription got 86'd when it began publishing political propaganda disguised as history.

Its piece "Gun Control Is as Old as the Old West" was a last proverbial straw. It claims that "Contrary to the popular imagination, bearing arms on the frontier was a heavily regulated business." 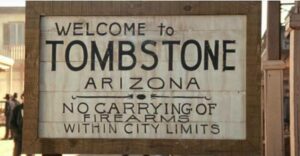 Not only is that untrue, its implication that laws against gun carry in Dodge City, Tombstone and Deadwood were passed as public safety measures is also untrue. Yet that is how those laws are represented by contemporary Second Amendment prohibitionists.

My friend, UCLA law professor Adam Winkler, is but one prominent person who makes that claim. 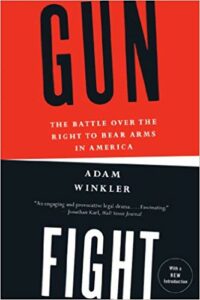 Adam is the author of "Gunfight: The Battle Over the Right to Bear Arms in America." Parts of it, like the section on the Black Panthers, are excellent, accurate history that I can personally verify because I covered some of the actual events in my earlier life as a reporter. But the portion about the frontier gun laws is off base. I told Adam about his book's error, but like most advocates, he got angry instead of correcting the misinformation. His anger was as understandable as the Smithsonian's silence when I submitted a correctional piece.

That's understandable because the political value of the wild West gun control narrative to promote the contemporary anti-Second Amendment cause is immense. And acknowledgment of its inaccuracy would not only undercut Smithsonian's credibility, it may also damage Adam's crafted image as an impartial professor seeking Second Amendment reasonableness.

Contrary to the public safety claims, those referenced frontier no in town carry laws were actually put in place by the gangs that ran the towns to hamper rival gangs that wanted to muscle in on their gambling, prostitution, liquor and robbery profits. Enforcement was selective in that those who were friendly with the powers that be could carry all the guns they wanted sans arrest. It was as if Al Capone had gotten a law passed making it illegal for anyone other than his gangsters and their friends to carry a gun in Chicago. 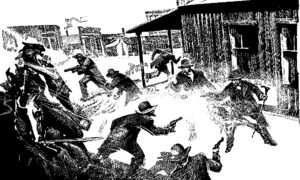 Neither was the Gunfight at the OK Coral between the Earps and the Clantons really about stalwart Earp lawmen enforcing Tombstone's ordinance against town gun carry as the popular story goes. 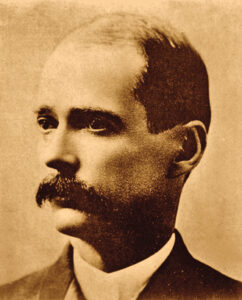 The real reason was told by former sheriff John Behan to the Washington Post in an 1890s interview: "The Clanton brothers and the McLowrys were a tough lot of rustlers who were the main perpetrators of the rascally rife in that region. Between them and the Earps rose a bitter feud over the division of the proceeds of the looting. The Earp boys believed they had failed to get a fair divide of the booty and swore vengeance."

In other words, the OK Coral gunfight was really two criminal gangs settling a score. And make no mistake, the Earps were a gang that had come out on top in fights with other gangs most have never heard of. Had those other gangs won, it's unlikely anyone today would have heard of the Earps. If that surprises you, its because the power of fabricated myth overlays the reality that the Earps were pimps and conmen married to prostitutes, among other things.

Almost everything believed about the Earps was made up by Wyatt Earp and his wife. Hollywood put it on the screen and it's now unalterable "fact." Behan's WAPO quote is basically the same account told to me by my grandfather. He was a teen mine worker in 1880 Tombstone and his cousin was a deputy US Marshal and business partner of Wyatt Earp. Both knew all the players of mythic Tombstone lore.

With Hardiman on the Court, Adam thinks "gun restrictions in states such as California, New York and New Jersey would be struck down, potentially leading to a vast expansion in legal gun ownership." That's the stuff of nightmares for those opposed to Second Amendment rights.

But given the fact that most of the anti Second Amendment laws in the above states are purely political prohibitions that would not be tolerated if applied to any other fundamental Constitutional right plus the additional facts that few actually further any truly compelling governmental interest other than the empowerment of repressive police actions or that said laws are incomprehensible in many cases, would striking them down be a bad thing?

As for the SA article, it basically quotes a number of discredited academic studies that were rigged to come to pre-determined political conclusions and some new ones of suspicious credibility. That's academic fraud and it's an issue that is beginning to be examined in earnest.

"Stanford researchers uncover patterns in how scientists lie about their data" is just one title in that genre. The studies listed in SA's article all support the familiar meme mouthed by Barak Obama about those in "flyover land" who were not enlightened enough to vote for him. You remember. "They get bitter, they cling to guns or religion or antipathy to people who aren't like them or anti immigrant sentiment or anti trade sentiment as a way to explain their frustrations." That basic sentiment was put into book form in Thomas Frank's "What's the Matter with Kansas? How Conservatives Won the Heart of America." The book may best be described as a liberal's primal scream at the populist, anti-elitist conservative "derangement" among poor "whites" (an always understood group even if not stated) in the United States and the reasons they reject liberal policies like strict gun control against their own supposed self interest.

But, like the frontier gun control myth, it's still an unquestioned "truth" within anti-Second Amendment circles where earnest advocates are working hard to save white lives despite their propensity for self destruction and suicide, according to the SA article.

Here are some of the typical claimed characteristics of gun owners in SA as simplified by The Root.

* They are less educated: According to Pew Research, about 26 percent of white college graduates own guns, compared with 40 percent of high school graduates and 42 percent of people with some college education. There is no significant difference in the rate of gun ownership across educational attainment among nonwhites

* They are racist: A 2013 study shows that a 1-point increase in the index they used to measure racism increased the chance of gun ownership by 50 percent.

* They are mostly Republican: Social Science Quarterly (there’s that word “science” again) reports that possessing a firearm increases the likelihood of voting Republican.

* They are struggling financially: “We found that white men who have experienced economic setbacks or worry about their economic futures are the group of owners most attached to their guns,” says Paul Froese, author of “Gun Culture in Action.”

* They are not very religious: The researchers found that religious men often didn’t have the same attachment to firearms.

* Many of them are anti-government: The researchers noted that gun owners considered themselves to be patriotic, but reasoned that “government” was different from the “nation.”

The SA mentioned "science" indicated that most of the above traits were not true when they examined "nonwhite" gun owners and women. 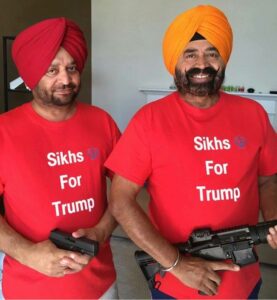 Does that mean anthropological Caucasians with dark complexions like Indians and Persians or Sikhs?

Does it mean non Caucasians who are accepted on the same social basis as Caucasians as are Asians, according to UCLA law professor Eugene Volokh?

He noted Asians are not just considered "white" now, but "lilly white."

Judging by the armed actions of the Korean communities when defending their lives and turf, there's no dearth of gun ownership there. But none of that matters when an esteemed publication whores for politics.

It Has a White-People Problem. 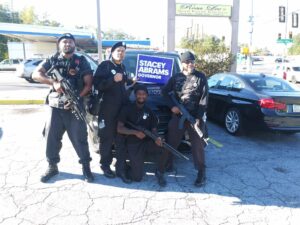 Except for perhaps guys like the Black Panthers who flash their guns in public.