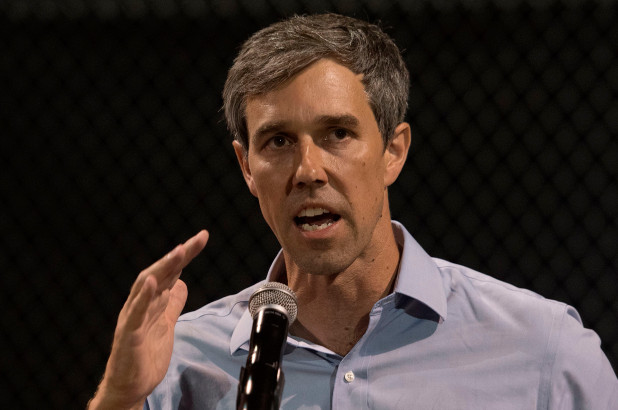 The good part of what Democrat presidential candidate Beto O'Rourke said is that after more than 50 years of weasel words and outright denials, a politician on the national stage has partially pulled the confiscation cat out of the bag. The bad part is that an unknown number of politicians will think what Beto said is a good idea and will pass laws to make it so and more. That's trouble -- especially the "and more" part. 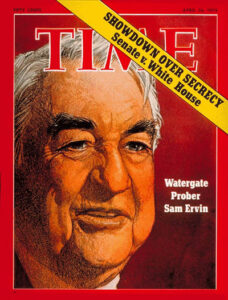 For as Sam Ervin, the late Democrat US Senator from North Carolina and my childhood mentor in things constitutional often said, "The test of good law is not whether it will accomplish its purpose if properly administered, but what damage it will do if improperly administered."

Past experience indicates two things about Beto's ban. First, it will not accomplish its stated purpose of ending or even diminishing mass shootings. Second, it is likely to do tremendous damage because it will be improperly administered. On the first point, real military automatic weaponry could be mail ordered in magazine ads until mid 1980 and homes often had such items lying around unsecured yet we had no mass shootings during the 1950s and few until about thirty years ago. On the second, we've seen that deadly police misadministration movie before regarding Ruby Ridge, the Branch Davidians, the "Fast and Furious" gun running scam and other "law enforcement" lawbreaking. So be assured that statutes in line with what Beto said will be grossly misadministered to the point of killing more people even though news stories are highly unlikely to report them as such.

As if anyone needs reminding, our First Amendment protected news media downplays and or propagates police false narratives about "misadministration" abuses or deaths of Second Amendment Rights supporters because there is virtual opinion unanimity among those who twist our news that gun owners are dangerous and that only agents of the government should posses firearms. That's also Beto's position even though he is putting forth a targeted confiscation of specific arms by the very police gun owners are so unified in supporting. But the worst part is still in the poke and everybody knows what that is. 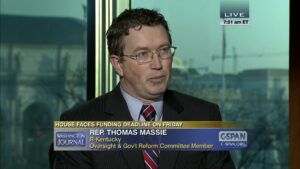 As Rep. Thomas Massie (R-KY) recently said about Beto's proposal: “[It's] the first step in a full confiscation ... That is what's meant by ‘common sense gun control’... That is a recipe for destroying this country is what that is," Massie added.

Confiscation has been the unstated holy grail of gun controllers all along. We know that because the founder of the modern movement, Pete Shields, openly said so. His fabian method to achieve that end: misrepresent facts, play on the emotions of ignorance, take what prohibitions can be had now and gradually build on them by inventing pretenses for additional laws.

Today, the pretense would likely be an extension of the much used "weapon of war" paradigm or a PETA style campaign against hunting as a manifestation of "privileged white male blood lust" -- or something. The repeated media establishment of either or both concocted concepts would establish widely held beliefs that would redefine your deer rifle as a "weapon of war sniper rifle" that endangers both public officials and the fundamental rights of cute forest animals. Those words and images are weapons.

But Second Amendment defenders as a group not only tend not to comprehend that, they also represent a group that is singularly deficient in the verbal skills and creativity necessary to construct and use words and images for effective defense or to advance their beliefs and gather new adherents who would reject gun bans for the intellectual dishonesty of their ramifications alone.

Any federal law against possession of a firearm or anything else means the probable loss of its use without alerting police. I say "probable" because, like the "sanctuary city" immigration law nose thumbing, a federal Beto ban would not have to be enforced by the states. But even if your state declared itself a Beto ban free zone, be assured there are plenty of federal jackboots that would come into your state to search, seize and arrest to the point of upsetting civil liberties organizations like the ACLU over the trampling of state rights. That could cause said civil libertarians who oppose federal intervention to enforce federal marijuana bans in states that have legalized the drug to, on the one hand, gerrymander a legal argument supporting federal intervention to infringe on a constitutional right while, on the other hand, rejecting federal intervention to enforce federal drug law. So how does that scenario play out for the owner of the guns Beto wants to ban?

Hiding it for future use against government tyranny is a too often heard fantasy delusion. Gun owners are not going to rise effectively en masse against Uncle Sam because they have no organization or effective leadership. There may be a few death by cop types who will tempt fate, but that aside, going against Washington would mean "law abiding" gun owners would have to break the law to do so, which would mean they could no longer claim to be law abiding. They don't do civil disobedience because if there's one thing a law abiding gun owner doesn't want it's a criminal conviction or even an arrest record because that could mean they would be disqualified from legally owning a gun. So how would Beto or some later Beto "take your AR-15 or AK-47?" What would that mean?

* That could mean a law requiring their sale to the government as was done in Australia -- and yes, most law abiding gun owners would comply.

* That could mean door to door police "visits" with search warrants to the homes of those in gun police registration data bases plus perpetual perp walk TV news video of the ensnared.

* That could also mean perpetual deadly SWAT raids at either those data base addresses or, far worse, SWAT raids on people and addresses provided to police by informers. Like who?

How about the person who cleans your home or your best friend who thinks you're getting too chummy with his wife or an angry girlfriend or wife, especially an ex wife. Then there are the electronic snooping and social science deductions that most have never heard about and would not suspect.

Even if you don't actually say that you own a certain kind of firearm or any firearm at all, police and artificial intelligence devices can deduce your probable ownership from your online writings or overheard comments (FBI microphones are planted in public spaces all over the country) or subscriptions or acquaintances or your cell phone or that voice activated device in your home that you find so cool. Other profiling includes the way you dress or your body type. Police profilers say those and other clues can indicate radical behavior or gun ownership that is increasingly being captured and analyzed by Chinese style totalitarian methods. 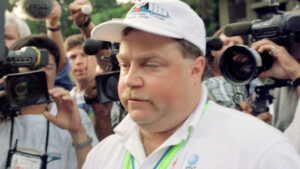 Just ask police officer/security guard Richard Jewell who was initially blamed for the 1996 bombing of the Summer Olympics in Atlanta, Georgia.

He was prime suspect numero uno because he fit the physical appearance of the southern, Christian culture "bubba" an FBI profile said was the "typical" angry white, racist anti-government, anti-police, militia member male that was the national bogey man at the time. That lunatic profile was largely developed by the Southern poverty Law Center and the Jewish Anti-defamation League and was heavily circulated among news organizations. 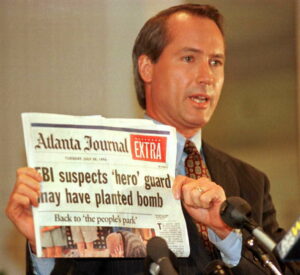 Though Jewell was never charged and eventually exonerated of all suspicion, he underwent a national trial by media hell that took a huge toll on his personal and professional life. The good part of it all was that he won millions in defamation lawsuits against NBC's Tom Brokaw and other media biggies for dragging him through the media mud.

Should you still retain naive notions those police the typical "law abiding gun owner" so avidly supports would not enforce Beto's limited ban or a total one, wise up. Most all will follow orders. All have bills to pay and most are not about to jeopardize their pensions or special society status for constitutional principle.

* Police who will SWAT raid a journalist's home, as the San Francisco Police did earlier this year, to seize the names of his story sources in blatant violation of California's Reporter Shield Law that is part of the state Constitution, will SWAT raid your home no matter what constitutional protections you may have on paper.

* Police who will violate that same Reporter Shield Law and SWAT raid another journalist on the orders of California's Attorney General to learn the source who gave him a list of California police who are convicted felons, will surely raid your home.

* Police who will SWAT raid the home of a prominent Bakersfield man who tried to comply with California's complicated "assault weapon" registration law because the photo he provided (as required) indicated some technical minutia violation on his rifle, will SWAT raid your home and possibly kill you and your family in the process.