UFOs ‘were always there’ … 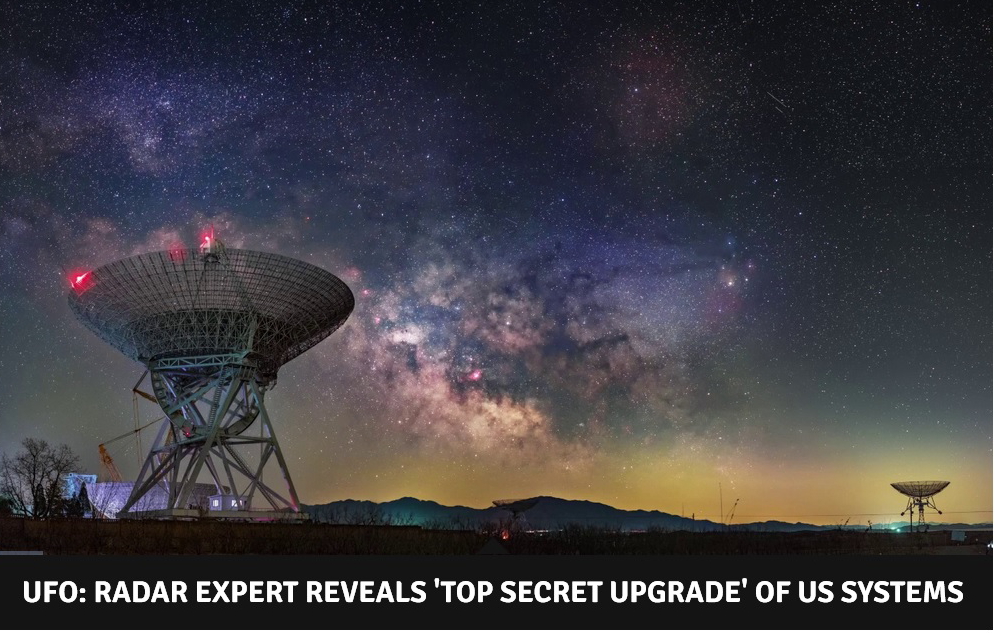 During the mid 1990s, director William Gazecki gave me a video that showed flying objects called "air rods" or "flying rods" or "sky fish."  Their presence was an unexplained phenomena and still is, so far as I know. The existence of the "rods" had been verified by others qualified to do so. Skeptics also admitted they existed. The only question was what they really were. They were invisible to the eye yet had been picked up by cameras all over the world.

That was my first personal encounter with the Unidentified Flying Object (UFO) world. At the time, serious scientists basically dismissed the idea of UFOs being real craft as preposterous. But things have changed.  Well known scientists like theoretical physicist Michio Kaku who were previously skeptical about UFO existence as real craft have now changed their minds. "The burden of proof has shifted to the government about the existence of UFOs, he now says. That change was prompted by the sheer number of verified sightings -- particularly by pilots and on radar. Why now?

A former US Navy Senior Chief Operations specialist who specialized in radar systems has the answer. He claims UFOs may have always been present but only became visible after a "top secret upgrade on spyware".

In November 2004, off the coast of San Diego, US, he was a radar operator on the USS Princeton, part of the USS Nimitz Carrier Strike Group.
On several occasions over a six-day period, military pilots reported seeing Tic Tac-shaped objects that performed remarkable manoeuvres beyond the capability of the US Navy's aircraft.

This incident was made famous in a New York Times article on December 2017 in which it was also revealed the Pentagon had a secret UFO investigation program.

But in a recent interview on Tony Sweet's Truth Be Told podcast, Kevin claimed UFOs may have long been in the air, only becoming visible following a recent radar upgrade.

He said: "There had been a top-secret upgrade of our system that had gotten underway.

"They upgraded our cooperative engagement capability and did some tweaking on our spy radar and the way that it all works.

"I think because of these upgrades we were suddenly able to see things that had always been there.

US Navy captures ‘UFO’ off San Diego coast in 2004

"So if you had been on the older systems you wouldn't have picked them up?"  Tony asked. "That kind of explains why since 2004 this technology, our upgrade, is now fleet-wide and now everyone is seeing them,"  Kevin responded. "I'm speculating, but it finally answers questions in my mind."
The host asked: "At this time, did it enter your mind that this could be an extraterrestrial ufo?"  Kevin said yes. He added: "After that intercept, that's exactly what I'm thinking. "This was non-newtonian, it was non-classical physics we're seeing so it had to be something. "What other explanations are there?"