Twilight of the Fudds

Based on a specious reading of federal law, FUDDs claim the Second Amendment only protects sporting arms, not arms suitable for defense of self or the republic. Will the recent riots jolt FUDDerry into its sunset fade? 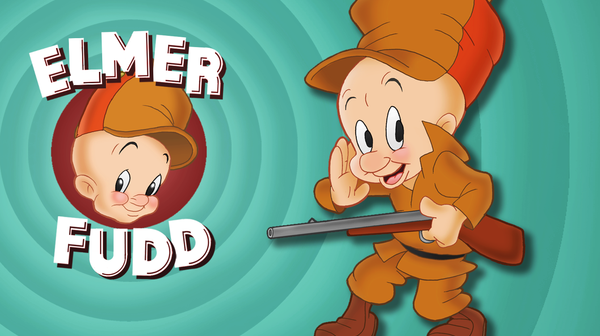 You know the FUDDs by what they say.

“What do you need a gun like that for, anyway?”

“That's a weapon of war, not a sporting gun”

Yes, they're the guys who consider most any form of government Second  Amendment infringement as reasonable. That means they are the guys who would accept Democrat presidential candidate Elizabeth Warren's expressed plan to alter the right to keep and bear arms into a heavily regulated privilege at the whim of government bureaucratic control whether that control happens to be registration of all guns and their owners, banned civilian ownership of certain guns, laws that make it nigh impossible to buy a gun or anything in between. For a great many, that acceptance would include the outright taking of all guns by the likes of would be Biden confiscation czar Beto O'Rourke. 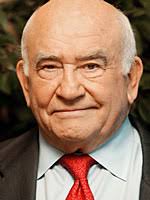 Public figure FUDDs include actor Ed Asner, who said on an NBC news show I was on with him during the 1990s that he owns guns, but only sporting shotguns and that all were registered as all guns should be. He dismissed the very notion that registration records would ever be used for confiscation. 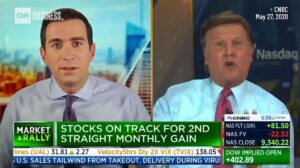 CNBC morning anchor Joe Kernan (right) is another FUDD. After an argument with co-anchor Andrew Ross Sorkin (left) in which Sorkin said he's scared of guns, Kernan revealed that it took eight or nine months of hellish bureaucracy for him to be approved to buy a pistol in New York City. "I think that's reasonable," Kernan said. 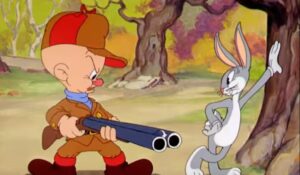 Whether that would be reasonable to Elmer Fudd, the namesake character of the FUDD aspersion, we can't know. All we do know is that he's never been seen carrying anything but a "sporting" shotgun or rifle while hunting Bugs Bunny and that he has apparently accepted its "woke" culture confiscation of said scattergun and its replacement with a Grimm Reaper scythe without complaint. 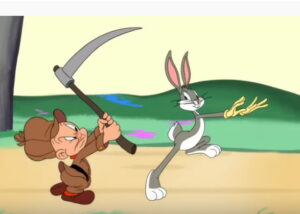 In my recollection, the idea there was no right to own military arms started with the intentional misrepresentation in the Gun Control Act of 1968 of a 1958 measure to forbid the importation of surplus military small arms. The reason for its passage was  that from 1955 through 1958, the impact of military surplus rifles and handguns on the sale of domestically produced small arms was so great that manufacturers had to lay off one third of their workers.

Those imported military rifles were cheap arms from mainly W.W.II and Korea that Americans then sporterized for hunting instead of buying more expensive new American made rifles. So the Mutual security Act of 1954 was modified to exclude "importation of only arms or ammunition originally manufactured for military purposes" to save the domestic gun industry, not because of any public safety or redefinition of Second intent reason. That modification measure was proposed by then Massachusetts U.S. Senator John. F. Kennedy as recorded in the April 28, 1958 Congressional Record: 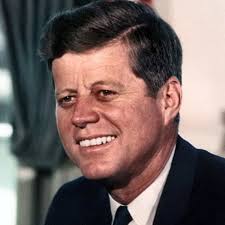 "The effect of the proposed amendment to the law would be to exclude from importation only arms or ammunition originally manufactured for military purposes. Ammunition and guns imported into the United States have helped spoil the domestic market and the market for imported guns which were originally manufactured for game purposes. So I think the bill is in the interest of a great many jobbers, and at least 125,000 retailers located in all 48 states, and of particular importance to 5 arms manufacturers in Massachusetts, including Savage Arms, Harrington & Richardson, Nobel Manufacturing Co., Smith & Wesson, and Iver Johnson  Arms and Cycle Works."

Kennedy's proposal was the culmination of much industry testimony asking Congress to do something to save what was then considered an industry essential to national security. Just how dire that situation was regarded to be is evident in the 1958 testimony to the House Foreign Affairs Committee by E.C. Hadley, President of the Sporting Arms and Ammunition Manufacture's Institute:

But the U.S. government had its own view: R.L. O'Conner, Administrator of the Bureau of Security and Consul Affairs of the department of State:

"I am frank to say that when there are questions of surplus arms cropping up abroad, which another area is bidding for, it may very often be the better part of valor and indeed the best part of our foreign relations to have them imported into this country rather than float around."

In the world of communist inspired national liberation wars of the time, Uncle Sam's fear was that surplus arms would fall into insurgent hands, be used to destabilize governments and jeopardize world peace. That made Kennedy's proposal a solution for both sides. But even though Kennedy's measure had nothing whatsoever to do with crime control, the fact that it banned military arms by name left the door open for later political rhetoricians to misrepresent its intent for their own anti Second Amendment goals when that movement started in earnest after JFK's 1963 murder. The fact Lee Harvey Oswald had killed Kennedy with a surplus Italian military rifle was simply a gift for logically deficient emotional arguments about "weapons of war" in civilian hands and the later hypocrisy of those who bought it to new levels.

There had been no shun or demonization of military arms as a "weapons of war" separate category of guns during past times. Many FUDDs who now do so owned and still own treasured Krags, 1903 Springfields, M1 Carbines, Garands and 1911 Colts. All are weapons of war. All were designed to kill people. But like communist ideology in which all are equal while some are more equal than others, politics and the pejorative labeling all know well have made some more weapons of war than others.

That evolved after several mass shootings by crazies with AR and AK type rifles. Once again, anti Second activists and their media enablers screamed for Congress to do something about those weapons of war that could fire 30 shots without reloading. Did those same screamers care about the early identification of crazies who say or indicate they think it's cool to murder others? Not so much. The fault, they said, lay with the instrument they used.

So now we have the illogic FUDDery of some actual weapons of war that use magazines holding 30 rounds like the M1 Carbine and others that can be quickly reloaded with a clip being OK for FUDD culture ownership while the same gun in a black plastic stock with vertical grips is an item beyond the pale of Second protection. That dichotomy was made possible by convolutions of Aristotelian logic and classic hypocrisy, mainly by Democrats, during past years.

"It was hard to tell on Monday which means more to Lloyd Bentsen, his collection of guns or his scars from gunshot wounds. 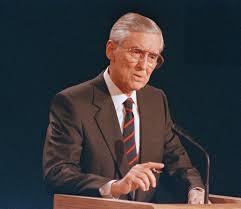 As the top pitchman for the Clinton administration's proposed ban on assault weapons, the treasury secretary has talked plenty about both, often holding up his favorite new prop, a deadly "street sweeper," which can rapidly fire 12 shotgun shells. "Can you imagine that in a duck blind? ... That's to kill people."

What Bentsen didn't tell that was revealed later was that he hunted with an M1 Carbine that was also designed to kill people. His response, as I recall, was that the M1 Carbine wasn't an assault rifle.

It was pretty much the same wording used by Florida Democrat Governor Lawton Chiles when his stray from the Democrat script angered Arizona Democrat U.S. Senator Dennis DeConcini enough to publicly slam Chiles: "We must do something about these high-capacity guns which have no legitimate sporting purpose. But you did not mention that you knew at least one hunter who used one." That one hunter was Chiles. Then as now, Democrats are expected to toe the company line kinks and all.

My concern about FUDDery is that it's not in its twilight but something akin to the dawn of the attack of the FUDDs. Democrat Illinois Congressman Bill Foster knows his FUDDs and has said many times the Second could be eliminated simply by changing the meaning of its words via pop culture and academic usage.

He also knows FUDDs would likely take that lying down.