Treasonous Teddy: Chappaquiddick Only the Beginning

He offered to help the Soviets for personal political gain 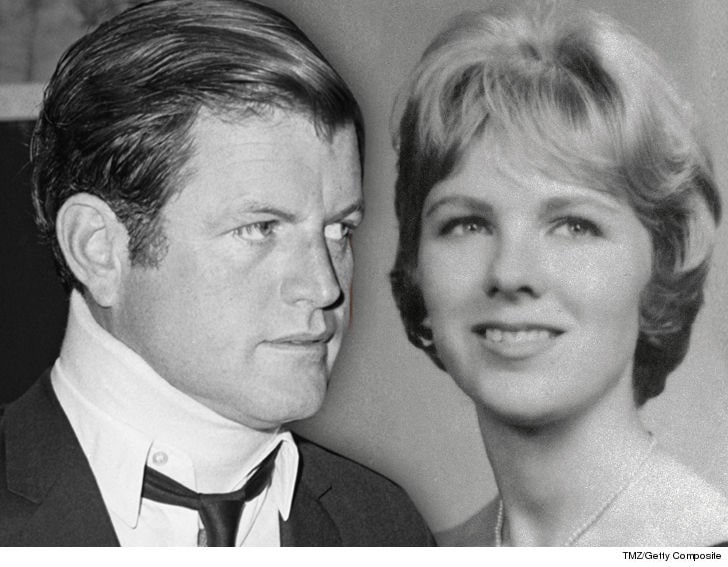 As Gloucester in Henry VI beguiled like the mournful crocodile, so the political praises and tears for the late Democratic Senator from Taxachusets mouthed by his enemies have diminished and signaled the time for candor.

Teddy Kennedy was a cheat, a proven liar, a shameless demagogue and a probable murderer. Those character traits were well known. But did you know he was a security risk dropped from the US Army intelligence school and a genuine traitor who offered Cold War US nuclear arms negotiation secrets to the Soviet Union if it would help the Democrats beat Ronald Reagan and further his own presidential ambitions?

That’s why my blood went to full boil a couple of days before he died when I glanced at the TV in a rural Bates motel I was staying in while traveling and saw Harvard law professor Alan Dershowitz laud the youngest Camelotian as the greatest Senator and humanitarian of all time from the deck of Geraldo Rivera’s berthed yacht in Martha’s Vineyard.

Dershowitz went on to tell the FOX mustachioed-one how he had rushed to Teddy’s aid with expert legal skills “in his hour of need” after Kennedy had left his date, Mary Jo Kopechne, to die in a Chappaquiddick Island tidal pond during the summer of 1969.

Dershowitz’ considerable skills aside, the fact that full media attention was diverted from Kennedy by the coming Moon landing and walk to take place two days later probably helped the Kennedy fixers regroup and save his political hide.

I don’t say that based on the accounts of others. I saw the Kennedy fixers do their work personally during the summer of 1969 while working at WSAR radio in Fall River, a town about 30 miles from the demi isle de riche crime scene on Martha’s Vineyard.

To save space, I’m going to assume everyone reading this knows the official Chappaquiddick narrative by heart — click here if you don’t — since it is so well known and what implausible parts of Kennedy’s story the fixers needed to fix. To say Kennedy's fixers succeeded is an understatement.

While America’s eyeballs and attention were diverted to Neil Armstrong’s step onto the Moon, the fixers hustled the five remaining unmarried women from that initial gathering of six married men away from investigators and reporters and then started throwing the weight of the Kennedy political machine around.

Despite the testimony of the diver that pulled Mary Joe Kopechne’s body from Kennedy’s car that it appeared to him she died of asphyxiation while gasping for oxygen in an air pocket, the local coroner refused to perform an autopsy, ruled her death an accidental drowning and released her corpse for burial in another state.

Later attempts to exhume Kopechne’s remains for autopsy were successfully fought by the Kopechne family which had received about $150,000 1969 value dollars from Kennedy that we know of.

The official inquest into Kopechne’s death was done in secret one year after the incident on orders from the Massachusetts Supreme Judicial Court.

Was Kopechne’s death really a tragic accident? Was it a murder? Did Kennedy have a motive to kill her? We’ll never know for sure now, but based on what I and WSAR News Director Mike Cabral learned at the time about Kennedy goon threats, payoffs and political favor swapping, put me down as a believer that Kopechne was pregnant with a child of Teddy’s she did not want to abort and that he had to do something drastic to make that situation go away for the sake of his political career and that was all that mattered.

It’s all that ever mattered, which is why Ted Kennedy was willing to engage in treason for political gain.

In a stunning Forbes article, Peter Robinson, a research fellow at Stanford University’s Hoover Institute, quotes from a Soviet memorandum discovered by London Times reporter Tim Sebastian. The note was written by Victor Chebrikov, the top man at the KGB, and was addressed to Yuri Andropov, the top man in the entire USSR. The subject: Sen. Edward Kennedy.

“On 9-10 May of this year, Sen. Edward Kennedy’s close friend and trusted confidant [John] Tunney [Kennedy’s law school roommate and a former Democratic senator from California] was in Moscow. The senator charged Tunney to convey the following message, through confidential contacts, to the General Secretary of the Central Committee of the Communist Party of the Soviet Union, Y. Andropov.”

Robinson writes: "Kennedy’s message was simple. He proposed an unabashed quid pro quo. Kennedy would lend Andropov a hand in dealing with President Reagan. In return, the Soviet leader would lend the Democratic Party a hand in challenging Reagan in the 1984 presidential election."

Bad as that is, Kennedy’s actions prior to approaching Andropov indicate Teddy knew he was engaging in treason writes James Simpson: What is not generally known is that Kennedy collaborated with the Soviets well before Reagan was elected, and had a direct hand in crafting the Foreign Intelligence Surveillance Act. As a result of his efforts — which appear in retrospect to have been crafted to prevent detection of his seditious activities — the FBI was prevented from accessing critical intelligence that could have warned of 9-11.

This story has been brought to light in an article, Treason and Ted Kennedy: The Story the Media Won’t Tell by Herb Romerstein, a veteran investigator for the U.S. House of Representatives.

Kennedy made Andropov a couple of specific offers. First, he offered to visit Moscow notes Robinson: The main purpose of the meeting, according to the senator, would be to arm Soviet officials with explanations regarding problems of nuclear disarmament so they may be better prepared and more convincing during appearances in the USA.

Kennedy would help the Soviets deal with Reagan by telling them how to brush up their propaganda. Kennedy then offered to grease the skids for Andropov to be favorably interviewed on American television: A direct appeal … to the American people will, without a doubt, attract a great deal of attention and interest in the country. … If the proposal is recognized as worthy, then Kennedy and his friends will bring about suitable steps to have representatives of the largest television companies in the USA contact Y.V. Andropov for an invitation to Moscow for the interviews. … The senator underlined the importance that this initiative should be seen as coming from the American side.

Kennedy would make certain the networks gave Andropov air time–and that they rigged the arrangement to look like honest journalism. “Tunney remarked that the senator wants to run for president in 1988,” the memorandum continued. “Kennedy does not discount that during the 1984 campaign, the Democratic Party may officially turn to him to lead the fight against the Republicans and elect their candidate president.”

Is the word treason ringing in your head too?

How about the phrase “honest journalism?”

But Robinson notes more: In 1992, Tim Sebastian published a story about the memorandum in the London Times. Here in the U.S., Sebastian’s story received no attention. In his 2006 book, The Crusader: Ronald Reagan and the Fall of Communism, historian Paul Kengor reprinted the memorandum in full. “The media,” Kengor says, “ignored the revelation.” Teddy Kennedy offered to collude with America’s arch enemy and our media ignored the revelation? Can’t claim a Moon walk diversion for slacking that story.

Does that make you wonder how many other treasonous Washington Teddys our constitutionally protected Fourth Estate may be ignoring? Me too.