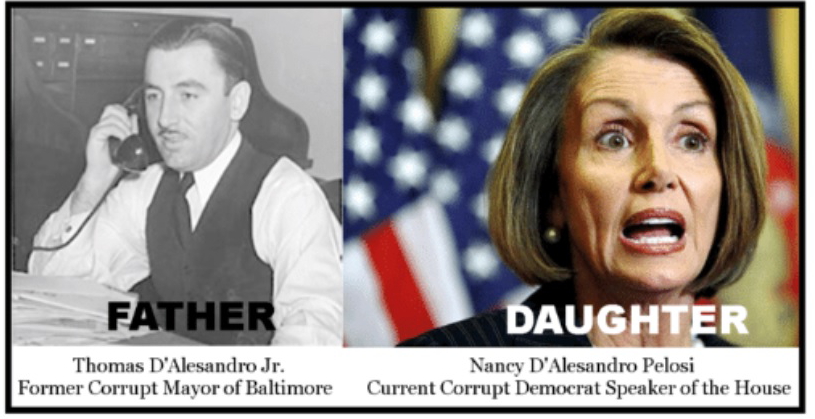 A prominent politician accustomed to the bare knuckle realities of that world once gave me what he said was the best advice anyone ever gave him: When accused, deny everything, admit nothing and make counter accusations. That politician was “Big Tommy” (aka “Old Tommy”) D’Alesandro, a former Maryland US Congressman and Mayor of Baltimore. Today, he’s better known as House Speaker Nancy Pelosi’s father. And as I listen to her denials and counter charges about what she claims the CIA did or didn’t tell her about its use of “enhanced interrogation,” it occurred to me that daddy certainly gave his daughter the same counsel he gave me almost fifty years ago. Whether he would approve of her using his advice to undercut part of the national defense against terrorists trying to murder millions of Americans in order to cover up her own apparent prevarication, ineptness or memory loss is another matter. 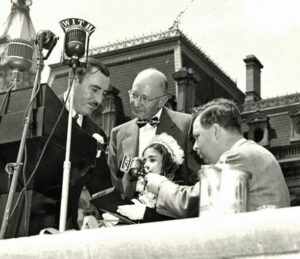 Thomas “Big Tommy” D’Alesandro is sworn in as Mayor of Baltimore in 1947 on a Bible held by daughter Nancy.

What I understood Pelosi’s father to mean was that the best defense is a good offense against those seeking your destruction for their own political gain. However, he must have recognized that political survival tactic had its limits, because “Big Tommy” was a man with a history of putting community safety and national defense first even at the risk of his own political career, a principle daughter Nancy does not appear to share.

He had opposed the Klu Klux Klan, among other groups, in battles against separate but unequal racism in Baltimore when Jim Crow was quite popular. He had made radio broadcasts in Italian urging his piasons to reject Benito Mussilini and anti-Semitism at a time when both were more popular than can be imagined today. On the flip side, D’Alesandro was part of a political moral dichotomy in which Baltimore politicians, police and judges received alleged cash payoffs with one hand while they kept organized crime and street criminals under tight control with the other. That was not always accomplished via genteel means.

“Enhanced interrogation” at the cop shop was freely employed then using the three languages hardcore criminals understand: Loud, fear and pain. Brutal? Unconstitutional? Maybe so. But contrast the relative calm of that Baltimore past with the present dystopian one filled with murderous drug dealers and street criminals which was so accurately portrayed for years in “The Wire” HBO TV series. Now fast forward and compare the national domestic calm of the last eight years with the alternative of bloody attacks which the CIA says its interrogators stopped by forcing terrorists to talk. Somehow, Nancy Pelosi missed her father’s presumed lesson about community security being more important than political pettiness.

I met Pelosi’s father shortly after moving to Baltimore from North Carolina during the early 60s. The introduction was made by Greg Binicki, a guy who became a friend after helping me in a street fight against some neighborhood characters seeking to test the new kid on the block. Greg needed help each week delivering envelopes he would collect at union headquarters and other places to people in Baltimore’s city hall, police department and courts. The recipients all wanted their envelopes ASAP, but the number getting them had expanded to the point that he could not make the appointed rounds fast enough to stifle the kvetching. So for twenty bucks, decent weekly money for a teenager then, I rolled off the turnip truck I rode into town and signed on.

After being introduced around, learning the routes and being repeatedly told by serious men that my task was to deliver the envelopes, not to wonder what was in them or to talk to anyone about them, I found myself with a pretty easy job that included lots of side benefits like the good will of important people and free food at some of Baltimore’s best restaurants — and Baltimore had some truly great eating places. That’s why I was always glad to find an envelope I’d know was for D’Alesandro in my stack and head for his drop at Sabatino’s in Baltimore’s Little Italy. 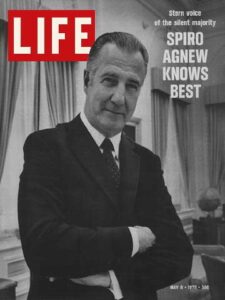 If Sabatino’s sounds familiar, it’s the same restaurant where Nixon Vice President and former Maryland governor Spiro Agnew was later revealed to have received his payoffs while an elected state official. According to Agnew, everybody in Maryland politics got payoffs and it wouldn’t surprise me if they still do.

Mr. Canzani (we addressed all adult men as Mr. then), the owner, would accept my delivery and then offer me pastries or even a meal. But on occasion, “Big Tommy” himself would be there in the process of transforming himself into “Big Tummy.” Those times, he’d invite me to his table and then engage me in the sort of personalized conversation that had gained him so many friends and supporters. A fair percentage of that support was certainly due to the job and charity patronage he dispensed, but unlike most younger politicians I’ve met, people really liked Pelosi’s father because there was nothing at all phony about him. He was genuinely interested in my studies at Baltimore Polytechnic Institute (the city’s top academic high school), what I thought about current events and what I wanted to do in life . The fact that I knew North Carolina US Senator Sam Ervin, a fellow Democrat D’Alesandro also knew, probably enhanced his friendliness. But his was an “old school” caring style shared by his contemporaries that would seem to be at odds with the obvious corruption that Greg and I abetted.

The envelopes we delivered allegedly contained cash. I say “allegedly” since neither of us were foolish enough to open them and look, but I did learn later that certain people were required to tithe to the Baltimore powers that assured their businesses or activities could operate. Some of those were legal adult businesses that benefited from prostitution like the many strip joints that comprised “The Block” near Baltimore’s inner harbor. Others were illegal businesses like the drug dealing that was quarantined in one section of town under the thumb of a black gangster named Little Willie Adams. 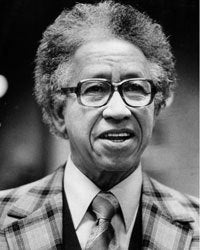 Adams always denied that he was a gangster or that he had parlayed his well known numbers racket into a drug operation, but the understanding between him and those Greg and I visited each week was that Adams could keep on keepin’ on for those willing to put their lives at risk in his part of town (the land of the “misdemeanor murder”) so long as no drugs showed up for sale in other parts of the city — which they didn’t. 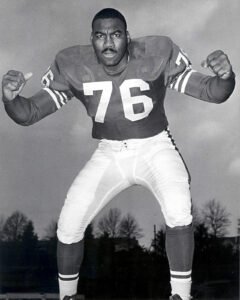 So when Baltimore Colt star defensive tackle “Big Daddy” Lipscomb died from shooting enough heroin to kill five men in 1963, there was barely an official shrug following the pro forma outrage of being “shocked!” that heroin was available in Baltimore.

That was about the year I met Nancy Pelosi the first and only time at some Catholic thing. Practically everybody I first met in Baltimore was Catholic and they all tried their hardest at one time or other to convert this protestant southerner to the “true faith.” On this occasion, Municipal Court Judge Mary Arabian had me in tow to meet some people. She was a smart, beautiful woman with jet black hair. Unfortunately for my teen hormones, she was also a Catholic version of Judge Judy whose interest in me was purely parental to the point of insisting that I bring my report cards and assorted other schoolwork by her office on occasion for inspection and discussion. She and others in Baltimore’s hierarchy were concerned that academic standards in the public schools were sliding. And except for my school, they were.

At one time, I began to think of Judge Arabian’s interest and that of others I met as stifling. All seemed obsessed with the protection of children and mainstream society from corruptions and vices that could be contained by extra legal means but never eradicated by legislation, they believed. They were probably right, but not once did I hear any include the pay-offs I allegedly delivered on their list of corruptions. It was a notable hypocrisy but a bigger irony: The corrupt political world of “Big Tommy” D’Alesandro that protected little Nancy while she learned power patronage politics provided more safety, more personal freedom and less government intrusion into private lives than The People’s Republic of Political Correctness fascism big Nancy and her legion of latte liberals want to impose by fiat.

“Big Tommy” would probably say that fascism is the Fiat of political ideology — both being Italian embarrassments that don’t work for long — before telling his Speaker daughter to get back in touch with her inner childhood and the concepts that made his world work.