Sometimes, Things Ain't What they Seem 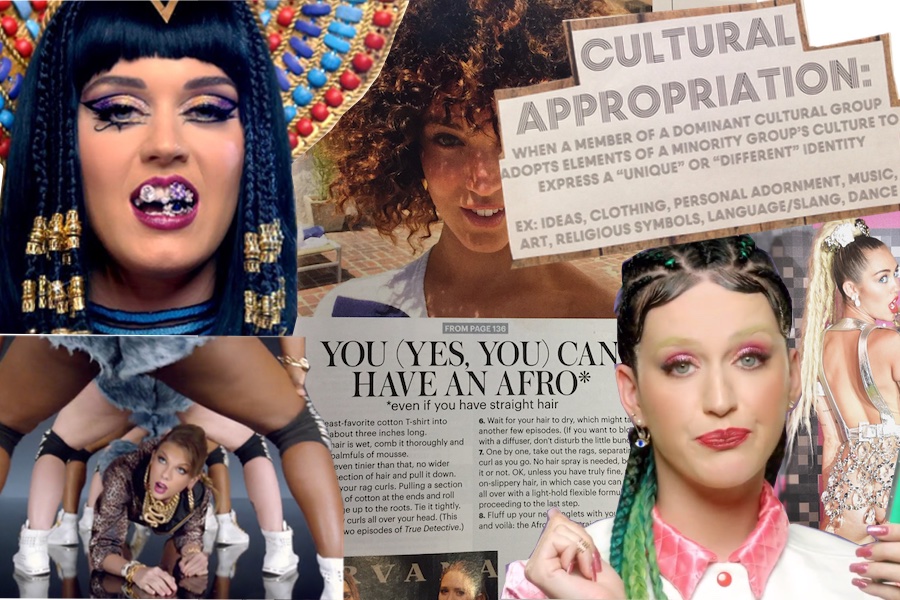 Every so often, I find myself lapsing into my native dialect or patois.

Most find it somewhat curious, some even charming, but this week it got me accused of cultural appropriation. That's a dire crime in my politically correct Los Angeles world. The crime in this case, I was told, was speakin' the black dialect commonly called ebonics while bein' white.

I told my accusers that what they be callin' black dialectical ebonics actually be white dialect.

Mo' inta thet down the page soon as I woa back buck an' have
Mistah Wikipedia splain' the bamboozle called cultural appropriation.

He defines cultural appropriation as "the adoption of elements of a minority culture by members of the dominant culture because of the presence of power imbalances that are a byproduct of colonialism and oppression.

Wrapped your mind around that? It gets better.

"Cultural appropriation is often considered harmful, and to be a violation of the collective intellectual property rights of the originating, minority cultures, notably indigenous cultures and those living under colonial rule."

"Cultural appropriation can include using other cultures' cultural and religious traditions, fashion, symbols, language, and music ... outside of their original cultural context ..."

Sports teams in Cleveland, Chicago, Atlanta and Washington, DC and other places been gettin' wupped on about their Indian nicknames for years. Why? Beats me. I'm part Comanche and it don't bother me none.

Now, I consider the aforementioned an example of cultural Marxist identity politic insanity intended to bamboozle America and muddle clear thought to our detriment. But as insane as the concept of cultural appropriation seems to me, it is apparently bought into by more people than I wanna believe and has caused much misery to those accused of the practice.

Fo' 'xample, in Portland, Oregon, two women were publicly shamed and hounded to the point they were forced to close their burrito stand for a financial loss because, as a local paper and beaucoup activists said, the women committed the unpardonable crime of fixing Mexican food while not being Mexican. What's more, they had dared fix Mexican food for the purpose of profit and praise, according to the critics, when only Mexicans owned that right due to their traditions, cultures and ethnicity.

If that sounds crazy, also know them Portland folks published a boycott list of restaurants that serve food fixed by cooks who are not of the same ethnicity or race as the food they offer. As Reason magazine explains: "If you're a white person, you have no business running a restaurant that serves Asian, Latin, African, or Indian cuisine. That's according to the creators of a "white-owned appropriative restaurants" list, which accuses lottsa Oregon establishments of engaging in cultural appropriation — defined as a tool of "a white supremacist culture."

Who knew the Klan could cook?

That raises a questions you may be thinking of about the definition of "white."

If that means Caucasian, anthropologists I've consulted tell me India Indians are generally Caucasian even though their skin be dark and the British called them "blacks." So are Iranians. They are, in fact, Aryans, the whitest of the Caucasian whites even though they too have darker complexions than the typical Norwegian. So does that mean the Iranian Muslim in my morning Santa Monica coffee group who owns his own Italian restaurant near LA's Getty Museum and fixes great Italian fare is committing cultural appropriation? Did he "steal" the culture of the New York City Italian restaurant where he learned to make the food? Do remember there was a time when Italians -- especially Sicilian Italians -- were not considered white, were shunned as "colored" and were the victims of the largest mass lynching in U.S. history.

If that seems complicated, the intricacies of cultural appropriation crime were no less severe when I reverted to my native speech. I was told in no uncertain terms that it be racist mockery fo' a white boy like me to I be speaking ebonics.

The term ebonics was coined in 1975 by social psychologist Robert Williams to put a name on the "language" many blacks spoke. Ebonics became widely known in the 60s from the angry rantings of Black Power advocate Ron Karenga. He be da bamboozle man what originated the cultural Marxist holiday scam he admitted lying about called Kwanza. Ebonics became headline news in 1996 when the Oakland School Board included it in its foreign language courses. Common suppositions hold that blacks invented or developed ebonics on their own, but them notions be wrong.

Fo' da reca'd, David Hackett Fischer, Oxford professor of American History and etymology, noted in his book "Albion's Seed" that ebonics actually be an appropriation of white speech. It's the black adaption -- thet be da olde spellin' o' adaptation -- of an English dialect spoken in the area of North Carolina and Virginia where I spent my childhood years that was transplanted there by English settlers from the Sussex area of England.

So the original culture of ebonics ain't nothin' black culture in America invented, it be the regional dialect written and spoken in Sussex England well into the 1800s. It's a polyglot of old French, Scandinavian (Viking) and Anglo-Saxon. Thet mean it ain't at all like Gullah. Thet be the offshore South Carolina Creole language that's a
combination of various West African languages with some English sprinkled in. Ebonics be Sussex dialect that was not just spoken but in print as well.

Here be two versions of the biblical love poem, the Song of Solomon, in the Book Ecclesiastes.

The song of songs, which is Solomon's.

Let him kiss me with the kisses of his mouth: for thy love is better
than wine.

Because of the savour of thy good ointments thy name is as ointment poured forth, therefore do the virgins love thee.

Look not upon me, because I am black, because the sun hath looked upon me: my mother's children were angry with me; they made me the keeper of the vineyards; but mine own vineyard have I not kept.

My beloved spake, and said unto me, Rise up, my love, my fair one, and come away.

The Sussex dialect Bible version from around 1860:

Let him kiss me wud de kisses of his mouth; for yer love is better dan wine.

Cause of de smell of yer good intments, yer naum is like intment tipped out; derefore de maidens love ye.

Look not upan me, casue I be black, cause de sun has shoun upan me; my mother's childun was mad wud me; de maud me kipper of de vineyards; but my own vinyard I han't kept.

So when I get inta me dialect, whereas others may go over there, I be "goin' or yondah."

Whereas others would say don't move, I might say "bide you be."

Other words and speech ways you surely recognize ...

Sussex uses the preterite instead of the participle in auxilery verbs such as in "he was took bad" or "he was drove to it." Blacks picked that up as well.

Those and other words and phrases said by black and whites alike that have crossed over cultural barriers are now heard in mainstream speech, or at least on the water's edge of it. If others see cultural appropriation in that, I see they be teched an' too poisoned by identity politics.

Fac' is, the whole concept of cultural appropriation be basically anotha' of them bamboozles dreamed up by academics what probly be smokin' rabbit tobacca' an' drinkin' shine -- or maybe even "pink lady."

You tell 'em all how da cow ate the cud if you be accused.