Own a gun in San Jose? Get ready to pay for it 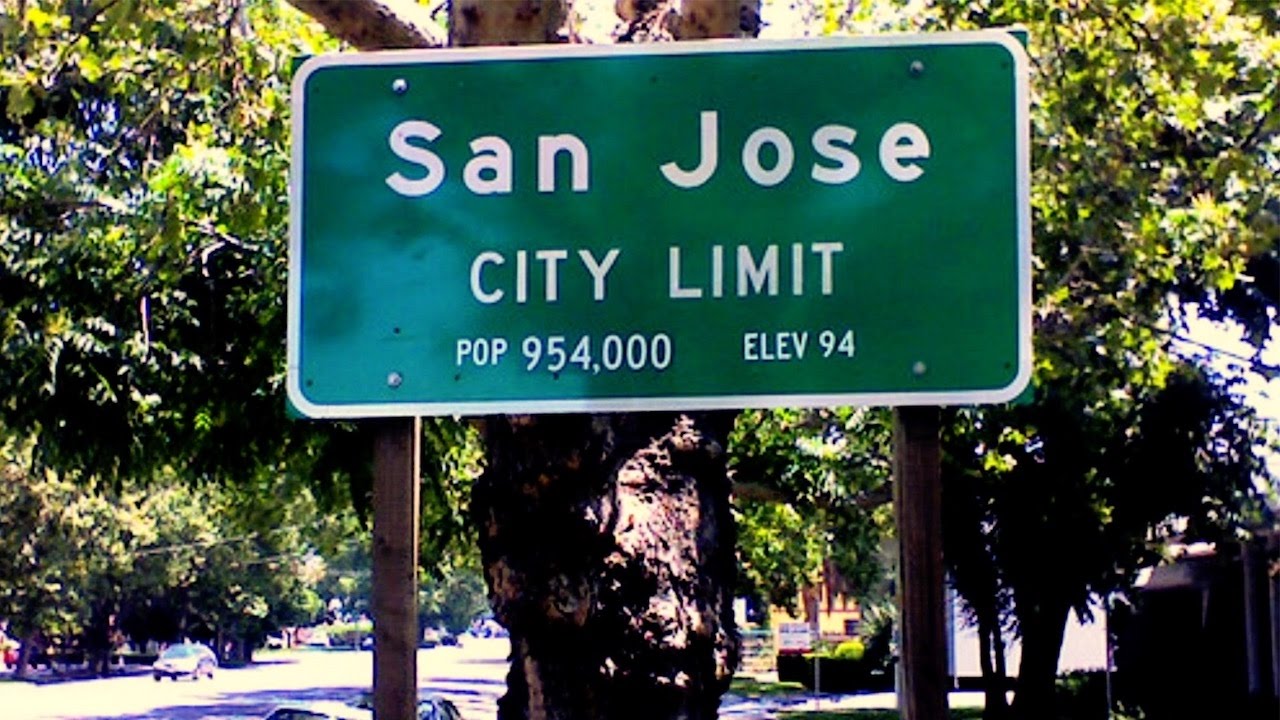 During the 5 years I sat on the ACLU Board, few laws used to excite my fellow members like gun control laws -- especially ones that took an innovative approach to infringe on a right that says it "shall not be infringed." To them, such laws were not only a middle finger in the face of the Second Amendment they hated,  they were a digit in the  the face of the Right's defenders whom they regarded as culturally retarded  inferiors who dared deny the progressive political "truth" that guns hath powers to incite the peaceable to violence.

Like all gun control laws, that false premise (as you shall read) is the foundation of San Jose's new law.  It is said to be the first city ordinance to require gun owners to buy liability insurance and pay a fee to own a gun. In addition, all guns must be registered, any that aren't are subject to confiscation by police raid and yes, snitching is encouraged. The scheme's fee money will support private gun harm reduction programs, says Mayor Sam Liccardo.  "Overwhelmingly, gun owners and their families will benefit most from those programs,  because the services will be focused to reduce risks of harm precisely where that risk is greatest: in households with guns.”

That's not National Rifle Association (NRA)  blather, it's the conclusion of the Jimmy Carter administration's 1981 report on the relationship between firearms and violence. If you have not heard of it before, it's because America's elitist chattering class of media manipulators dropped it down the Orwellian "memory hole"  in favor of the official contradictory narrative Liccardo regurgitated.

Carter wanted to end all PR deceptions about guns and intended his Blue Ribbon researcher findings to be the final word on the subject that would either justify stronger laws or show that trail led to a box canyon.

Commission researchers I spoke with during the 1990s for a Baltimore Sun story told me they expected to prove guns were a menace to society and recommend strict controls. Instead, their finding was that "a compelling case for gun control cannot be made."

Yes, there are studies that assert the opposite. But all of those I am aware of have been exposed as academic frauds promoted by intellectually dishonest professors, activists and politicians who designed studies to come to preconceived conclusions in line with their own progressive political and  cultural views as well as those of their funders.

The book "Arming America: The Origins of a National Gun Culture" by Emory University professor Michael A. Bellesiles that was heavily promoted by The New York Times, activist academics and journalists as a pro gun control game changer was based on research and "facts" Bellesiles fabricated. He was fired from his post and his book withdrawn by the publisher, but only after researcher Clayton Cramer managed to create so much media awareness there was no choice.

Bogus too was the widely quoted claim by Emory professor Arthur L. Kellermann that a gun in one's home is 43 times more likely to shoot a family member than an intruder. "Protection or Peril?: An Analysis of Firearm-Related Deaths in the Home" was published by the New England Journal of Medicine and was based of data Kellerman refused to reveal. What is known is that Kellerman based his work on households containing known, violent criminals.

Other biased research papers were exposed by Florida State University criminologist Gary Kleck  in "Point Blank: Guns and Violence in America." Though attacked as an NRA member (he isn't) stooge, Kleck's findings were verified by Marvin Wolfgang, who was acknowledged in 1994 by the British Journal of Criminology as ″the most influential criminologist in the English-speaking world″.  His comment on Kleck's research concerning defensive gun use:

"I am as strong a gun-control advocate as can be found among the criminologists in this country. [...] The Kleck and Gertz study impresses me for the caution the authors exercise and the elaborate nuances they examine methodologically. I do not like their conclusions that having a gun can be useful, but I cannot fault their methodology. They have tried earnestly to meet all objections in advance and have done exceedingly well."

The heavy imprimatur The New York Times and liberal academics placed on bogus studies is an indication of the intellectual dishonesty allowed  on this subject. Like all other gun control laws,  San Jose's infringes on Second Amendment Rights the Constitution says are not to be infringed while establishing a precedent method for undermining the rest of the Bill of Rights.

The new law requires gun owners to buy liability insurance and to pay a fee to own a gun. Those funds are to be invested in programs unknown at the moment to reduce gun violence and gun harm, said Democrat San Jose Mayor Sam Liccardo. Under the new law he championed, gun owners must buy liability insurance, register their guns and pay a tax to posses them. It's an appealing political scheme with roots.

Congress woman Sheila Jackson Lee (D–Texas) introduced such a proposal in Congress last year that would create a federal insurance mandate in addition to requirements that gun owners get a license, pay an $800 licensing fee, and register their firearms. Her idea evidentially spread to San Jose and now clones have been proposed by Los Angeles City Councilmen Paul Koretz, Paul Krekorian, and Mitch O’Farrell -- possibly because they can parrot San Jose's mayor on a point that fails the straight face test.

That the mayor of America's most expensive city (according to Forbes) doesn't grasp the difference between the state granted privilege of driving a car on public streets and a constitutional right essential to a free society makes as much sense as grounding a law on the previously mentioned false premise that guns cause ordinary people to shoot others. Even so, that's what SJ has chosen to do by making every gun owning resident pay an annual fee.

That's been done before to infringe on the Second Amendment right "to keep and bear arms," as you shall read. But how will the city know who owns a gun? Many are registered but many more are likely not. Will neighbors be snitching on neighbors as the Bureau of Alcohol, Tobacco and Firearms has encouraged? Will that start house to house SWAT confiscation attacks like the Bureau's unjustified attack on the Branch Davidians that ended with the mass murder of over 70 men, women and children by government agents?

Mayor Liccardo says the new statute shows San Jose's "commitment to reducing gun violence and its devastation in our community." And that's where Liccardo's tax that he says really isn't a tax assaults both the rational mind and real politic.

San Jose's new law requires all city gun owning residents to pay a fee, not a tax, of $25 which will surely increase. Doubters should read again former California Assembly Speaker Willie Brown's admission that fees and costs and the real purpose of laws are intentionally low-balled and misrepresented because it's the only way to get legislation done. You know what he means. The high speed rail train's outrageous cost was low-balled and the title of the "Proposition 47 Safe Streets and Schools Act" was mislabeled to get it passed.

Despite what almost all media claim, it's not the first time a tax has been imposed on a Constitutional Right. The same method passed muster in Congress when it slapped a $200 tax during the 1930s on those who legally owned "gangster guns" -- the predecessor of today's "assault weapon" scare phrase -- like machine guns and shotguns with barrels less than 18 inches long even though those were the very militarily useful arms the Second Amendment guaranteed civilians had a right to own.

Because the Second serves three purposes: To assure an armed civilian population to oppose foreign invasion, self protection against criminals and usurpation of power by rulers, as Supreme Court Justice Joseph Story and other jurists have noted.

If foreign invasion sounds silly, consider why the 1942 Rose Bowl game was played in North Carolina instead of Pasadena. The reason was a legitimate fear of Japanese attack or invasion. States like California, Oregon, and Washington relied on that right to populate its state militias with armed civilians during WWII.  Able bodied men were expected to provide their own militarily useful rifles and ammunition. Those militias still exist outside of federal government control.

The danger lurking in San Jose's $25 fee is that it could easily be extended to other rights like speech (which cancel culture is now suppressing) or any other right that clever tongued academics and politicians can claim are dangers to society.

Whoever controls the language and the perceptions language evokes controls the population. Philosophers from Plato forward have written about that. Politicians like Democrat Illinois Congressman Bill Foster know it too which is why he and others have openly talked about changing the Constitution by changing the meaning of key words within it.