Tax reform must not hit real people at home 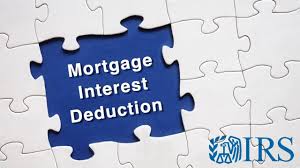 During the mid '80s, Houston had a housing disaster. Home prices plummeted. Suddenly, the $150,000 tract houses builder-developers were marketing six months earlier were being offered for $100,000 or less by the same builder-developers in the same subdivision.

Angry at seeing their home prices drop, their equity disappear and the socioeconomic level of their neighborhoods decline, homeowners en mass walked away, sticking lenders with properties they couldn't sell . In turn, devastated lenders soon began sticking American taxpayers with a multi-billion dollar tab for bailing out failed banks and savings and loans.

The cause of that housing disaster 10 years ago was an American and Saudi manipulated drop in crude oil prices, which put many out of work, making them unable to afford their mortgage payments. Now, many proponents of federal income tax reform are saying we should be willing to chance the Houston experience on a national level by raising the real cost of home ownership by eliminating the home mortgage interest deduction . Without that deduction, many homeowners would be unable to afford their present homes while others would be shut out of "the American dream."

Most advocating the deduction's abolishment are academics with reams of statistics to back their position. It "saps" the US Treasury of more than $50 billion in uncollected taxes per year, they say. It only benefits half of America's homeowners since only half itemize their tax returns, they say. A full 50% of those home mortgage interest deduction benefits are in the top 5% of income earners ($87,154 and up), they say. And two two thirds of the deduction's benefit goes to the upper 10% ($66,196 and up), they say. All that may be true. But the academic's numbers don't address two crucial facts about the real world those in ivory towers so often miss.

First, any item for which buyers receive tax favored treatment is going to have a higher market price than it would without it. How much is that price premium for homes? Nobody knows exactly because it's essentially unknowable. Impact will vary according to a property's location, price range, prestige, prestige and a host of other factors. Remove the deduction, however, and you'll see the premium in the difference between the home's present market price based on the sale of comparable properties and the lower price new buyers are willing to offer for it during the coming years. Years is a key word where home prices are concerned. Homes aren't fungible, prices are negotiable, and property turnover is low compared to stocks, bonds and futures, so there's no running or or immediate quotation of bid and offer prices. That doesn't mean some generalizations can't be made, though.

Some studies indicate that market difference could be in the 15% to 25% range. If those figures are anywhere near correct, such a plummet could easily destroy homeowner equity on a massive scale. How many homeowners would find themselves 'upside down" in debt? How many would walk away? How much of that property would lenders get stuck with? Again, nobody knows. But based on regional experiences like those in Texas and New England's Bay State when the "Massachusetts Miracle" went bust, do we really want to risk that happening on a national scale? The financial cataclysm of such an event is as unacceptable as the negative impact such events would have on America psychologically. That second factor would be no less disastrous than the first since attitudes often determine markets every bit as numbers.

Even if we knew that removing the house mortgage interest deduction wouldn't wouldn't adversely affect the price of homes, the deduction has become so entrenched in the American psyche that its elimination could easily have many homeowners and potential homeowners believing they couldn't afford their own abode. Silly? Not at all. Market numbers aren't simply a matter of mathematical computations or even pure supply and demand. If they were, traders and market gurus who make their living trying to guess the future could bag their Pepto Bismol and leave market pricing to back room bean counters. But markets don't work that way. Market prices rise and fall every bit as much according to personal psychology as the do according to rationally researched numbers. What people think, or believe, or fear, or hope will happen becomes the perceived reality driving what actually does happen.

If the home mortgage interest deduction is to be eliminated, it's going to have to be eliminated gradually, all the while observing the effect its elimination is having on real markets. Perhaps the academics will be able to determine all that someday on a computer model. Perhaps. In the meantime, both the market reality and the political reality say that if we're going to have meaningful income tax reform, people will not go for it unless it retains the deduction for home mortgage interest.