“Show Me the Man, and I’ll Find you the Crime”

That chilling boast by Stalin's secret police chief is almost literally true today for California gun owners. Will our new president change that? 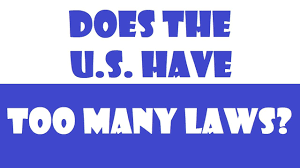 The bad news for California gun owners is that even more pointless, repetitive and repressive laws have been enacted in order to criminalize and destroy the constitutional right of firearm ownership -- and that situation is likely to worsen.

The vote count from the November 8th election indicates Democrats will retain their super majority in both houses of the California state legislature.

Ya don't need a Weatherman to know which way that Sacramento wind will blow.

California Democrats are rabidly against Second Amendment rights. And that means almost any anti Second Amendment legislative farce can and probably will be packaged as law and added to those already on the books in order to make firearm ownership close to impossible without becoming a law breaker. Remember: There will always be a demand by those who hate Second Amendment rights for another benignly named "gun safety" or "crime prevention" law whose actual intention is to pave the path to their stated goal of full registration and eventual confiscation.

Lest you forget, California's special SWAT gun confiscation police have been fully funded by Sacramento and they are ready to kick in your door when told to.

The good news is that President Donald Trump may honor his campaign rhetoric to protect Second Amendment rights with judicial appointments and direct administrative or executive action.

The caveat is "may honor his campaign rhetoric."

As I write this in late November, Trump has already backtracked on his promise to have a special prosecutor investigate Hillary Clinton's email server scandal and alleged quid pro quo, money laundering, corruption of her Secretary of State position in conjunction with the Clinton Foundation. In addition, Trump now says he has an “open mind” about the Paris climate-change accord from which he vowed to withdraw the United States and he says he's been "persuaded" that waterboarding terrorism suspects isn't necessarily a good idea.

In Washington speak, Trump is "evolving" to the realities of his new office and the limitations of its power in the face of what the late Georgetown University professor Carroll Quigley -- Bill Clinton's world affairs mentor -- openly said was a scheme of elite, super imperialists to establish what some see as a defacto one world governance with open borders. Perhaps that's why mention of Trump's vaunted wall along the Mexican border has faded away.

Given Trump's changes of mind to date, is it unreasonable to extrapolate an "evolution" in his promises to protect Second Amendment rights toward the "reasonable" views of centralized world power elitists that look more like the prohibitionist positions of Hillary Clinton, California Lieutenant Governor Gavin Newsom or California U.S. Senator elect Kamala Harris?

You do the math.

However, if Trump does honor his many promises to protect Second Amendment rights what can he actually do?

I am not a lawyer, but I'm told by those who are that Trump alone can do quite a lot regarding federal laws.

Trump promised to eliminate "gun free zones" and the crazy quilt of often contradictory federal laws. That would include federal laws that ban gun carry in federal facilities like the Post Office, military bases and other places because those statutes contain an exception for “the lawful carrying of firearms or other dangerous weapons in a Federal facility incident to hunting or other lawful purposes.”

"Other lawful purposes," I am told, would include concealed carry license holders.

State laws are another matter.

Credentialed legal gurus tell me the quashing of a state law by Washington cannot be done by merely waving an executive order even if a state law is believed to unconstitutionally limit the exercise of a fundamental right. Concealed carry reciprocity is particularly being talked-up in this regard.

Here's what I am told President Trump can do.

Trump can ask a state to repeal its law:

If asking isn't enough, he can back up his words with a threat to withhold federal money so long as it is money solely under executive control to disburse.

Congressionally mandated funds are a different matter. They cannot be withheld by a president unless Congress agrees. Richard Nixon discovered that reality during the 1970s.

However, Congress has notably backed presidential rescission requests regarding speed limits and drinking ages to reduce fuel usage during the Arab oil embargo and to lessen deaths attributable to speed and DUI.

Lowering fuel usage and DUIs were goals the public at large supported, but how would the withholding of funds to knock unconstitutional gun laws off the books play at a time when anti Second Amendment activists and reporters have falsely scared the public into believing that prohibitive gun laws prevent gangs, terrorists and common criminals from arming themselves?

A president may direct his Attorney General to ask either a state's Supreme Court or the U.S. Supreme Court to review not just the constitutionality of a particular law, he could also have his AG ask the court to rule that any laws limiting Second Amendment rights pass a strict scrutiny test.

At present, the famous District of Columbia v. Heller Supreme Court ruling that the Second Amendment is an individual right makes intermediate scrutiny the test for laws limiting Second Amendment rights. That means a law "must further an important government interest by means that are substantially related to that interest."

For a law to pass strict scrutiny, it must advance a "compelling governmental interest," and must be restrictively written to achieve that specific interest.

Would strict scrutiny automatically render California's many onerous laws unconstitutional in court? That's doubtful. The backers of statues that outlaw magazines holding more than ten rounds, or define certain rifles as dangerous "assault weapons" or require gun registration or any of the other laws waiting to entrap honest California firearm owners believe those measures do serve a compelling governmental interest and many of them, at least in California, may be judges.

That means the rulings will likely reflect the social and political beliefs of those wearing the robes.

Trump can go to Congress:

Since Republicans hold a majority in both Houses, Congress is the place to expect a Republican president who is serious about straightening out the Second Amendment imbroglio of conflicting opinions and laws to start.

Congress can not only define what "the right to bear arms" means, what "shall not be infringed" means and what "a well regulated militia" is, it can condition funding to states that adhere to Congress' definitions. Whether 535 Representatives and Senators can agree on those definitions in a reasonable time is another matter. 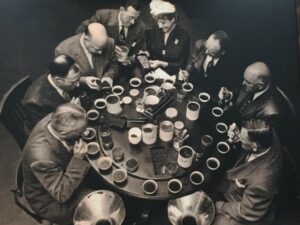 It took Congress until 1998 to defund the federal Board of Tea Tasters Richard Nixon had asked be disbanded in 1970 because it had a few nitpicky defenders with political stroke.

The movement to neuter and nullify the Second Amendment has quite a lot of defenders who have deep pockets, immediate media access and major league political influence. What's more, those defenders have an awesome stable of Hollywood creative talent with which to misrepresent any rollback of Second Amendment infringements as a public safety crisis.

Personally, I'd like to see a Second Amendment that guarantees national firearm carry in addition to prohibitions against registrations, gun bans, magazine capacities, background checks or most any other limitation save explosive ordnance.

As noted in previous articles, there was a time well into the 1990s when most of the above restrictions did not exist or were local anomalies if they did. 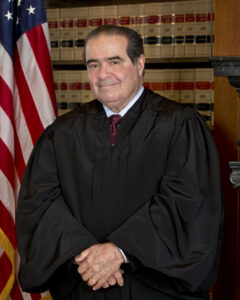 "I grew up at a time when people were not afraid of people with firearms." Noting that as a youth in New York City he was part of a rifle team at the school he attended. "I used to travel on the subway from Queens to Manhattan with a rifle," he said. "Could you imagine doing that today in New York City?"

"The attitude of people associating guns with nothing but crime, that is what has to be changed," said Scalia.

That perception cannot be changed immediately by executive or congressional action. But a President Trump who restores the Second to it rightful place as the palladium of liberties of a republic, as Justice Joseph Story noted it was, can go a long way toward freeing firearm owners in California and other places from the tyrannical whims of oppressive and unconstitutional laws they now face.

As former U.S Senator, Vice President and 1968 Democratic Party presidential candidate Hubert Humphrey said: "[T]he right of citizens to bear arms is just one more guarantee against arbitrary government, one more safeguard against tyranny which now appears remote in America, but which historically has proved to be always possible"

This column was first published in Firing Line magazine.