Any gathering can attract a Hotel Mumbai style massacre, that's why Civilian Firearm Carry is a Must 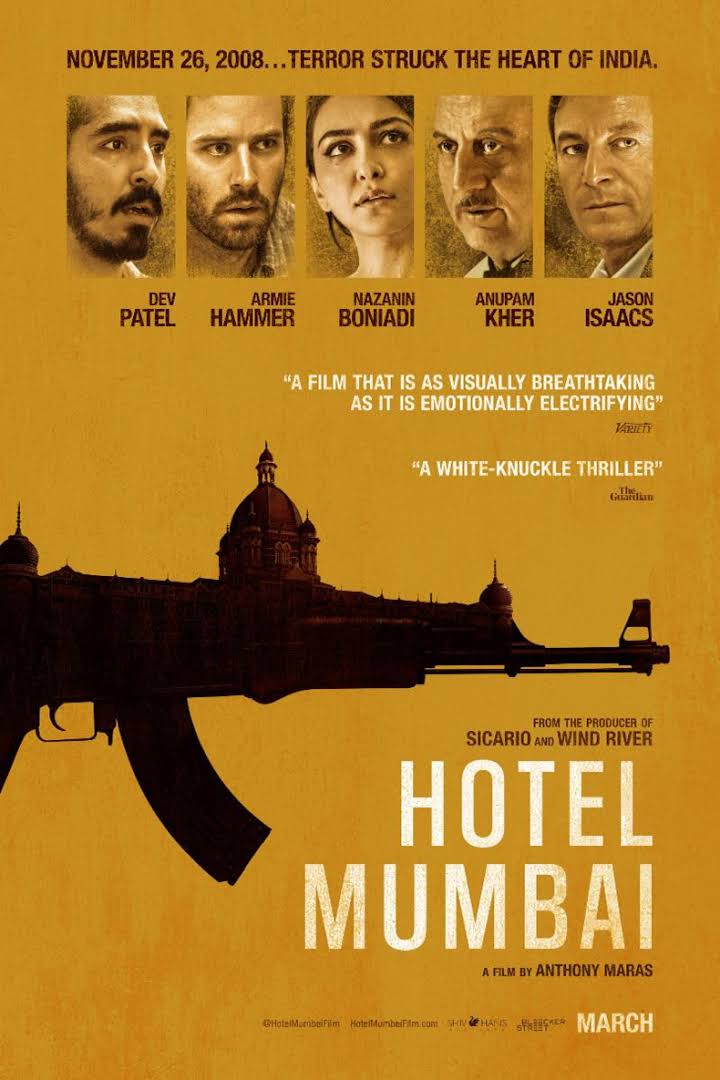 Hotel Mumbai forces viewers to face a contemporary reality way too many still want to believe could never happen to them.

Most any theater, any sports event, any trade show, any place of worship, any school or any other place where people gather has been shown to be an attractive terrorist target. That is a fact the film Hotel Mumbai illustrates all too well. That hotel full of wealthy westerners also illustrates another fact: If there ever was a film case made for the legal carry of firearms by civilians, "Hotel Mumbai" is it.

In case you have forgotten, the 2008 Hotel Mumbai massacre was part of a series of 12 coordinated shooting, bombing, kidnapping and torture suicide terrorist attacks lasting four days across  the Indian city of Mumbai (formerly called Bombay) that left 166 dead and more than 300 injured. That carnage was done by 10 members of Lashkar-e-Taiba, an Islamic terrorist organization based in Pakistan. 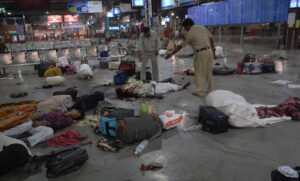 A taste of the slaughter inflicted by those terrorists is plain in this photo of a Mumbai train station. 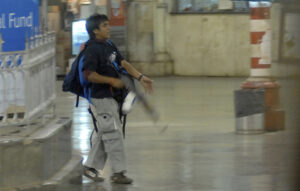 This terrorist was caught and later hanged. But the man who organized and directed the attacks is still loose thanks to Pakistan, America's non-NATO alleged ally in the War on Terrorism and a leading recipient of U.S. aid, that harbored terrorist Osama Bin Laden next door to its national military academy. 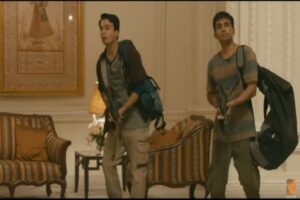 In graphic fashion, the film shows what happened when those Islamic murderers roamed unopposed with AK-47s, hand grenades and high explosives through the premier luxury Hotel Mumbai slaughtering defenseless guests and staff members who had no means of armed defense because Indian law makes it all but impossible for a civilian to obtain a license to even possess a gun. But that's not all. Indian law also restricts the type of guns and the calibers that can be legally owned to arms unsuitable for self defense. Those legal restrictions virtually assured a vacuum of armed resistance to the Islamic suicide terrorists sent to murder as many as possible.
If those Indian arms restrictions sound like America's gun free zones, magazine capacity limitations and gun bans in New York and other places, you are correct. Given Gotham's virtual ban on civilian firearm ownership and carry, what happened at Hotel Mumbai could easily happen in the the Apple's Plaza Hotel or Waldorf Astoria or any other tony place.
Terrorist acts may be done by an individual or a group of individuals with or without a plan. Either way, their mission is to kill. And if you are unlucky enough to be in the place a terrorist has selected to do his or her killing, do you really want to be completely at the killer's mercy without any means of armed self defense? 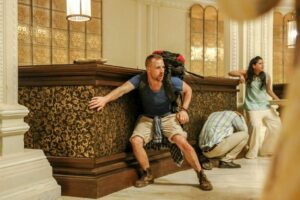 No, being armed may not matter.
Unlike TV and movie stagings in which the hero successfully fights off impossible odds, if an armed attacker has the drop, you are probably done. Like a well placed sucker punch, it doesn't matter how many Karate black belts the victim has. If the attacker has the element of surprise, it's pretty much game over -- but not necessarily. 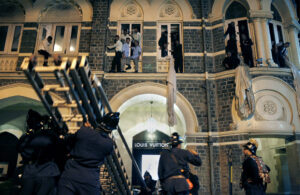 These actual Hotel Mumbai survivors hid and stayed alive by cunning and a whole lotta luck. Others had no luck. They hid but were found and murdered. Personal arms could have upped the survival rate according to some of them. 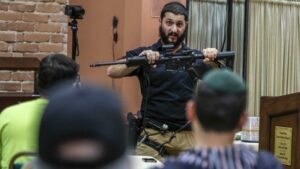 Rabbi Raziel Cohen understands. The Los Angeles "Tactical Rabbi," as he calls himself, is leading a movement to arm and train Jews against synagogue and other terrorist attacks. As could be expected given the well known opposition American Jews as a political bloc have to firearms, a significant number of Jews are not on board with Cohen's plan. In spite of that opposition, Cohen sticks to his belief that more Jews should be carrying guns -- as should all Americans -- against the attacks it is known terrorists are training to commit. 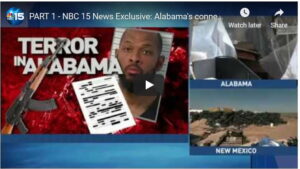 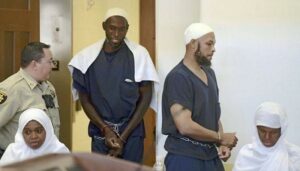 * Defendants, from (L), Jany Leveille, Lucas Morton, Siraj Ibn Wahhaj and Subbannah Wahhaj entering district court in Taos, N.M., on Aug. 13, 2018.
He was arrested earlier for running a similar site in New Mexico at which he was training children to commit mass school murders. Wahhaj was one of 170 people identified by the New York City US Attorney as "unindicted persons who may be alleged as co-conspirators" in the 1993 World Trade Center bombing. Wahhaj was never charged and denies any involvement with the bombing.
Cohen's desire to arm Jews en masse against terrorist attacks by Wahhaj or others has an obvious major problem -- at least in America's blue political zones. That is, the law won't allow it. Los Angeles new Police Chief Michel Moore cites "public safety" concerns about armed civilians and claims they don't need to carry firearms because the 911 system is now uber efficient. That's baloney and none but those in political office parrot it. But that's Moore's position as he refuses to issue carry permits. But that's not all.
Moore and City Attorney Mike Feuer have even reneged on the renewal of carry permits the City and LAPD are required by court consent decree to renew. That not only means the word of Los Angeles' government in an agreement isn't worth the paper it's written on, it also means neither LA or the LAPD can be held to account for violating the orders of numerous judges to comply when they ignore them. It's an unconscionable situation that again causes me to wonder why Second Amendment supporters tend to be foursquare backers of "law enforcement."
Think about that -- and this ...
Hotel Mumbai shows the Indian police were totally unprepared or equipped to handle a terrorist situation as they had no quick response or SWAT capability and were armed with W.W.I and W.W.II era British Enfield, bolt action rifles against full auto AK-47s. So the Indian police, save a couple of officers who entered the hotel and were killed, waited for the Indian Army's anti-terrorist soldiers which were many hours away.
That's easy to criticize, but like the school shootings in America where impotent police waited and watched outside while a murderer killed inside, rushing in can easily land one in a booby trap or abatis that kills the rescuer. It's a maddening reality to armchair Rambos who have watched too many movies in which the hero magically avoids machine gun fire at point blank range or some similar absurdity.
Hotel Mumbai is not absurdity or fantasy. It presents a reality of our world that was unthinkable not so long ago that all should think about and prep for.
----
Dan Gifford is a national Emmy-winning, Oscar-nominated film producer
and former reporter for CNN, The MacNeil Lehrer News Hour and ABC News.
###