When “journalists” are liars 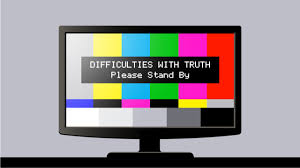 "The AK-47 assault weapon is a myth of its own," BBC reporter Jo Durden-Smith confidently advised me from London. "Just listen to the street talk, the rap songs, they tell about the AK's sheer control of the street. Everybody has one." During Durden-Smith's May 19, 1994, New York Times Magazine story allowed that "the AK-47 is the weapon of choice from South-Centrla LA to the Sudan.

When I contacted the article's editor, Penelope Green, she offered equally compelling proof that the AK-47s -- and other "assault rifles" -- were widely and almost exclusively used used by criminal gangs. "Lots of movies show them -- like the last Terminator where Linda Hamilton used one."

Where beside the movies do you get your information about reality, I ask. "We call [New York Democratic Rep.] Charles Schumer's office, [California Democratic Senator] Dianne Feinstein or one of the gun control groups like Handgun Control or Sarah Brady's people," she said. Do you ever call the National Rifle Association for information, I asked. "Oh, no. They're biased and you can't believe anything they say. I mean, we might call to get a reaction or something, but nothing real," she said.

While the credibility of Durden-Smith and Greene's sources leave much to be desired, they are right about one thing: The notion of widespread AK-47 or other "assault weapon" use by criminals ranks as one of America's major urban myths -- a fact some of the most ardent "gun control" advocates will admit during rare moments of intellectual honesty.

"The AK-47 is the weapon everybody lies about having -- same for all the others," laughs Josh Sugarmannm head of the influential Washington based Violence Policy Center. His comment is confirmed by the man who identifies the firearms used by South-Central Los Angeles criminals for the Los Angeles Sheriff's Department, Deputy Dwight Van Horn: "I deal with firearm identification experts at department all over the country, and I can tell you the claim that AK-47s or something called an "assault weapon" -- which is simply a fabricated political and media term meant to vilify firearms that look like military arms but actually means whatever someone wants it to mean -- is widely used by some criminals, isn't true and never has been true."

Contrary to popular belief, so called "assault weapons" play a minor role in gang related homicides. A study of homicides in Milwaukee published in the January issue of Journal of American Medicine found that only five of the 699 homicides involved firearms fitting the description of assault weapons and four of those weren't rifles, but handguns. An earlier study published in the Journal of American Trauma is 1994 found that only about 2% of the shootings in Los Angeles involved rifles of any kind.

Surprised? Well, Sugarmann's chuckle about the use of AK-47s reflects and inside joke among firearm prohibitionists to which the public isn't privy: It has been "had." Crafting effective slogans or paradigms to sell the gun-ban mantra to both agenda driven and unwary reporters who then indoctrinate citizens is the genius of Sugarmann, the single most influential firearm prohibitionist. Sugarmann's forte is "thinking up things the public will react to" that become the household scare phrases politicians and reporters use to panic the public into into supporting "gun control" legislation. Remember the allegedly invisible "plastic gun" scare several years ago? There was no such thing, nor was there the technology to make one. But Sugarmann's phrase had people believing criminals were sneaking plastic guns past metal detectors and had legislators proposing laws banning something that didn't exist. That was certainly the panic when I was a reporter at Houston's KTRK-TV (Channel 13, ABC) when the 80s deception first started.

What the public didn't hear from Sugarmann and other hypmeisters is that South-Central Los Angeles gang experiments with items such as AK-47s weer largely a bust. Van Horn remembers that one group trying a drive-by shooting with an AK would up killing an occupant of their own car. Another bunch, he says, managed to shoot out their car's transmission, leaving them stranded in rival gang territory. Even so, social engineers, politicians and the media exploited those and several other isolated episodes of criminal usage during the 1980s to create the "assault weapon" scare.

And just what is an "assault weapon?" As correctly used by the military, it's a rifle that can fire either as a machine gun or as a semiautomatic, the latter meaning that the trigger has to be squeezed for each shot. As understood by the 1994 law, it's the sort of firearm Feinstein and her staff thought looked sinister while looking through photos in gun magazines, according to the Wall Street Journal's editorial board.

The model for the federal gun ban was a similar law passed in California in 1989. The California assault weapon-weapons ban resulted in massive non-compliance, false arrests, at least one conviction for not registering a firearm the law did not require be registered and the same firearms continuing to be made and sold under different model names. In Washington,  Feinstein's efforts defined "assault weapon" as one of 19 specific semiautomatic rifles, plus any other semiautomatic rifles using a detachable magazine and having two of the following features: a folding or telescopic stock, a pistol grip protruding conspicuously beneath the firearm's action (the part that feeds ammunition from the magazine into the chamber for firing), a bayonet mount, a flash suppressor threaded muzzle or a grenade launcher. The law Feinstein fashioned bans the manufacture of those firearms  and any magazines holding more than ten cartridges.

The millions of guns covered by the law are still on the market. In fact, the banned weapons are still being assembled in slightly modified forms -- manufacturers merely changed model names or omitted one of the forbidden features and continued production. Of course, that's not what the public is told whenever prohibitive firearm legislation is proposed. Media stories follow a familiar pattern of creating a crisis that can only be solved by increased regulation, says Auburn University sociologist Tamryn Etton, who studied the media's actions prior to passage of the Brady Law and the 1994 federal "assault-weapons ban." Groundwork for passage was prepared by massive media coverage that wildly exaggerated the power, prevalence and public danger of "assault weapons."

"Most reporters are very sympathetic to gun control agendas and will skew or outright lie about facts to promote them," observes USA Today reporter Dennis Cauchon. "Reporters today are far removed from America's founding values and are alarmed and contemptuous of gun owners as dangerous lower classes" says Washington Post reporter Henry Allen.

Major responsibility for downgrading the Second Amendment goes to the dominant media. More than 35 years of shrill alarms have turned falsehoods into criminological and constitutional factoids.

Do firearms cause violence and homicide? More than three decades of intellectually honest research has come to the same common sense conclusion as ABC's 20/20 host Hugh Downs: "Gun aficionados are fond of saying 'guns don't kill people -- people kill people.' Well, they are right." As the Carter administration's 1981 blue ribbon study -- which expected to prove the guns cause violence thesis -- concluded: "It is commonly hypothesized that much criminal violence, especially homicide, occurs simply because firearms are readily at hand and thus, that much homicide would would not occur were firearms generally less available. There is no persuasive evidence that supports this view." That study and all others like it are ignored in favor of what the Carter team's lead researcher, Tulane University sociology professor James Wright,  calls "result oriented crap." Downs noticed that too. "The New England Journal of medicine stated that a gun in the home is 43 times more likely to kill a family member than an intruder. A breakdown of that number is instructive: First of all, 37 of those 43 deaths are suicides. And banning guns does not ban suicides."

Crime control questions aside, the federal "assault weapon" law raises serious constitutional questions about Congresses' authority to have passed the legislation at all in light of the Second Amendment. Harvard law professor Alan Dershowitz, a vocal critic of gun-control laws from that perspective, says there is a larger, more important issue: "Foolish liberals and statist conservatives who are trying to nullify the Second Amendment because they believe it's a public safety hazard or by claiming it's not an individual right are legitimizing a precedent that can be used to destroy any other part of the Bill of Rights."

Does the Constitution guarantee private citizens the right to have military type firearms? Yes: Congress has maintained the Army's Department of Civilian Marksmanship for almost 100 years to to encourage and teach civilians to shoot military firearms and has sold surplus military rifles to the public. That principle has been recognized consistently in Supreme Court rulings. The 1982 Report by the Subcommittee on the Constitution of the Senate Judiciary Committee couldn't clearer or more accurate: "Given the legislative history of the Civil Rights Acts and the 14th Amendment, it is clear that the right to keep and bear arms was meant to be and should be protected under the civil rights statutes and the 14th Amendment against infringement by officials acting under color of state law."

There is an unavoidable bottom line to the assault weapon issue and gun control legislation in general: If the Second Amendment isn't worth the paper it's written on, what price is the First Amendment? Indeed. what price the rest? Republican Rep. Bob Barr of Georgia understands that equation and has sponsored a bill to rescind the unconstitutional "assault weapon" law based on a fabricated crime crisis.