Exclusive: James Cameron’s Chickened Out of Global Warming Debates Before 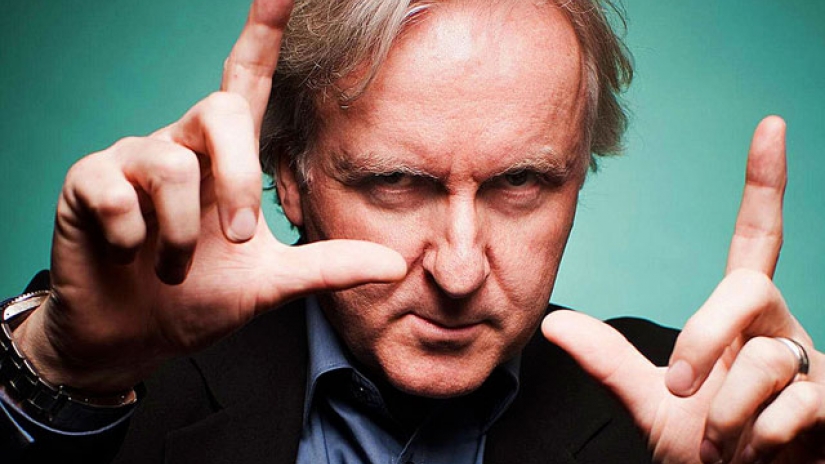 A mere week after director James Cameron won a Chicken Award for running away from a climate change debate challenge he had made to Andrew Breitbart, filmmaker Ann McElhinney and Marc Morano, it has been confirmed that the Oscar-winner now deserves a second Chicken Award for similarly refusing to take “yes” for an answer regarding an earlier climate change debate he had demanded with syndicated radio talk host Rusty Humphries.

You’ll recall that Cameron hectored to the world, “I want to call those deniers out into the street at high noon and shoot it out with those boneheads,” and then just last week through a proxy, invited Breitbart & Co. to battle him before an audience of committed global warming believers in Aspen.

I have just learned that an earlier challenge to Humphries made by this same proxy, environmental activist Richard Greene, followed the same nonsensical pattern that involves Cameron inviting you, encouraging you to incur costs, and then finding an absurd reason to cancel at the last minute. Humphries tells his story:

“What they wanted me to do was pay to fly across the country, pay for a hotel, pay my own way to the event, and then, after an opening showing of the Avatar DVD, I would get the privilege of debating James Cameron on climate change in front of 5,000 of his rabid fans. Oh, by the way, I was also asked: ‘can you bring along Glenn Beck (whom Cameron calls a “fucking asshole”) and Sean Hannity?’ I don’t know them and could’t get them, but I was going to do it because, eh, what the hell, I’ll get to meet James Cameron. But just before the event, I was told the thing was off because there was a bio or eco emergency or something like that in Brazil.”

Once in the Amazon, Cameron painted his face and tried to figure how to work Nanny McPhee‘s magic walking stick to solve the crisis. 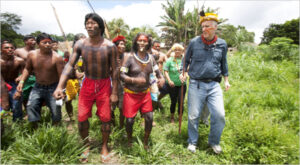 But was a sudden trip to a far away place the real reason Cameron’s contrived political theater event was canceled? Absolutely not. What we have here is a wanker joke twice pulled-off by one of the wealthiest directors of all time for the benefit his own cowardly ego. I’ll save the discussion about whether debates prove anything beyond who is the better debater for another time, but if there is any evidence that Cameron would actually engage a knowledgeable opponent in verbal combat on level ground before an impartial audience where he is at risk of losing face or repelling people with his profane arrogance, I’ve yet to see it.

On the other hand, his chicken tracks are plain:

Cameron clearly sees no need to honor his commitment with those he regards as lesser mortals. Get the joke?

“Morano is not at Cameron’s level to debate, and that’s why it didn’t happen,” sneered Cameron’s proxy procurer Greene. “Cameron should be debating someone who is similar to his stature in our society.” Hmmm, then maybe Greene credibly can explain why he was even allowed to negotiate with Morano for more than a week.