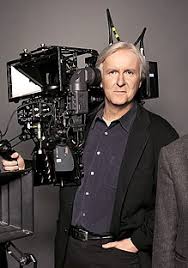 One of the downsides of having been the victim of a classical education is that events often trigger unconventional connections. So when I heard that film director James Cameron, a man whose well known intolerance, arrogance and profane bullying equal his cinematic brilliance, had chickened out of a highly publicized debate about human contributions to global warming he had demanded with a film director and two others lacking his immense wealth and power, I thought of Fellipe Argenti, the wealthy, arrogant, intolerant bully in Dante Alighieri’s hell.

I warned you it was unconventional — but fitting. 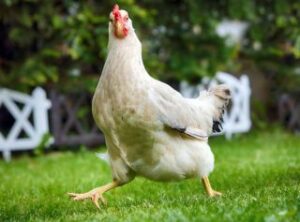 Argenti resides in that portion of Dante’s perdition reserved for pimps, seducers and hypocrites. The available evidence indicates that all three terms apply to Cameron in this matter.

He is pimping as fact the notion that human beings cause global warming despite contrary scientific opinion and revelations that researchers may have concocted that view for political and funding reasons. Cameron’s opinion of those who disagree with him: “I think they’re swine.”

He is seducing others to believe in human caused global warming by the sheer intimidating force of his prominence, power and wealth: “Anybody that is a global-warming denier at this point in time has got their head so deeply up their a-, I’m not sure they could hear me.”

He hypocritically encourages the destruction of other people’s luxury property by environmental terrorists but not his own huge home. “I Believe In Eco-Terrorism,” he smugly says.

Any normal egotist would consider that to be quite enough expressed arrogance, but like Argenti, Cameron pushed his pimpery, seduction and hypocrisy to the point where he exposed himself for the bullying coward he is. “I want to call those deniers out into the street at high noon and shoot it out with those boneheads,” he puffed.

One of the deniers Cameron had in mind was documentarian Ann McElhinney, director of the film “Not Evil, Just Wrong.” Her film sets out the non-politically correct evidence that humans may not be the cause of whatever global warming there is. But notice the difference in tone. Cameron affords no such deference. To him, those who so much as question his contention are evil in addition to being wrong.

McElhinney recounted events in this open letter. Here are the highlights:

The Avatar director was determined to expose journalists, such as myself, who thought it was important to ask questions about climate change orthodoxy and the radical “solutions” being proposed.

Cameron said was itching to debate the issue and show skeptical journalists and scientists that they were wrong.

Well, a few weeks ago Mr. Cameron seemed to honor his word.

His representatives contacted myself and two other well known skeptics, Marc Morano of the Climate Depot website and Andrew Breitbart, the new media entrepreneur. …

Everyone on our side agreed with their conditions. The debate was even listed on the AREDAY agenda.

But then as the debate approached James Cameron’s side started changing the rules.

They wanted to change their team. We agreed.

They wanted to change the format to less of a debate–to “a round-table”. We agreed.

Then they wanted to ban our cameras from the debate. We could have access to their footage. We agreed.

Bizarrely, for a brief while, the worlds most successful film maker suggested that no cameras should be allowed-that sound only should be recorded. We agreed

Then finally James Cameron, who so publicly announced that he “wanted to call those deniers out into the street at high noon and shoot it out,” decided to ban the media from the shoot out.

He even wanted to ban the public. The debate/round-table would only be open to those who attended the conference.

We all agreed to that.

And then, yesterday, just one day before the debate, his representatives sent an email that Mr. “shoot it out ” Cameron no longer wanted to take part. The debate was canceled.

So why did Cameron back out? See if you can determine the reason in this note I received from environmental activist Richard Greene, the man who negotiated the terms of the debate for Cameron:

Here are the relevant parts of the email sent to Andrew and the others on Saturday advising of the change in plans. This is my position. I’m sorry that Andrew did not join Marc Morano in the 2 hour session with the environmental community here in Aspen. Thanks. Richard

Here is the final decision in what has been, without a doubt, a very challenging road.

I take full responsibility for all of these challenges.

There will be no debate as originally envisioned and discussed . . . for now. Instead, AREDAY and I offer the three of you (or two or even just one) the FULL platform – 5:30 – 7:00 pm Paepke Auditorium on The Aspen Institute campus . . .with FULL video and audio rights – to share “the other side” of the climate change and energy debate with the assembled notable in the environmental community. Same time, same place, same goal . . . to forward a meaningful dialogue and, hopefully, better understand your points of view and the many significant issues facing our country and the planet.

You will have quite the audience to play with. I just spoke with Professor George Lakoff and he is very much looking forward to attending. Daryl Hannah and other notables in the movement are also in town.

James Cameron will not participate. Again, this is my fault and my responsibility. Way back in April James authorized me to set up a debate with either Glenn Beck or Senator Inhofe. As Matt Dempsey will tell you, we tried very hard to get something done for Earth Day and then continued to talk.

I communicated that the “denier” team was representing and indirectly chosen by Sen. Inhofe’s office (as Matt had 100% endorsed Marc for that role) but it somehow, given James’ travel, literally to Siberia, was not clear that Sen. Inhofe or someone of his public stature would not be involved. As a result, despite James’ total willingness to engage, he has been universally advised to wait for the time that Senator Inhofe or Governor Palin or Glenn Beck are willing and able to engage in this important debate.

I look forward to seeing you tomorrow.

Green’s respectful tone in this note sharply differs from his description in The Aspen Times of human caused global warming critics as “Effing demigods.” But maybe that’s an indication that the planned debate would not have accomplished anything useful.

Cameron’s reported stock response to fans wanting an autograph is the sort of comment that landed Argenti in the lowest ring of Dante’s Inferno: “I don’t owe you a f*cking signature. Just get out of my f*cking personal space.”

Would such arrogance allow Cameron to have anything more helpful to say in a debate?