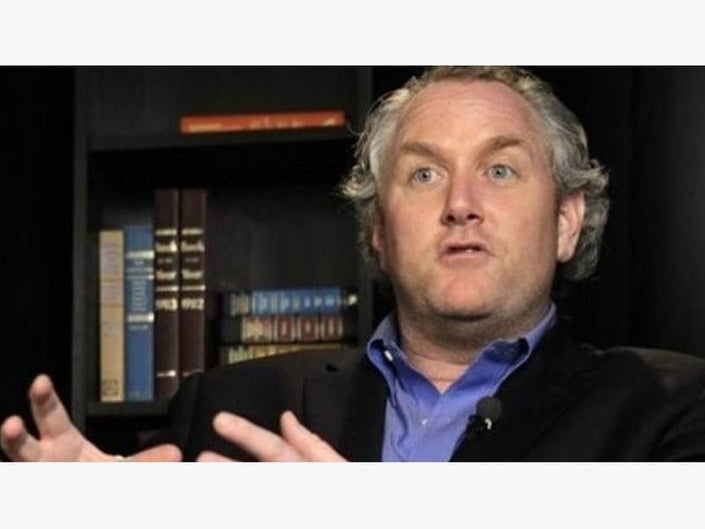 This story was originally published March, 2012

No sooner had news of conservative Brentwood political activist Andrew Breitbart's shocking death at age 43 of a suspected heart attack been reported, speculation began to circulate that he may have been murdered (assassinated if that sounds better) in retaliation for his damaging opposition to President Barak Obama's re-election chances.

Breitbart had announced a forthcoming expose of information about Obama that his backers and the media had suppressed because they believed it could have kept him from winning the 2008 election, according to Harvard University Law School professor Charles Ogletree, an ardent Obama supporter and hider of said information.

But how likely is that assassination scenario and would a sitting president or his supporters actually have in place government resources like weapons, plans and personnel at their disposal to secretly murder someone for political reasons by inducing a heart attack? 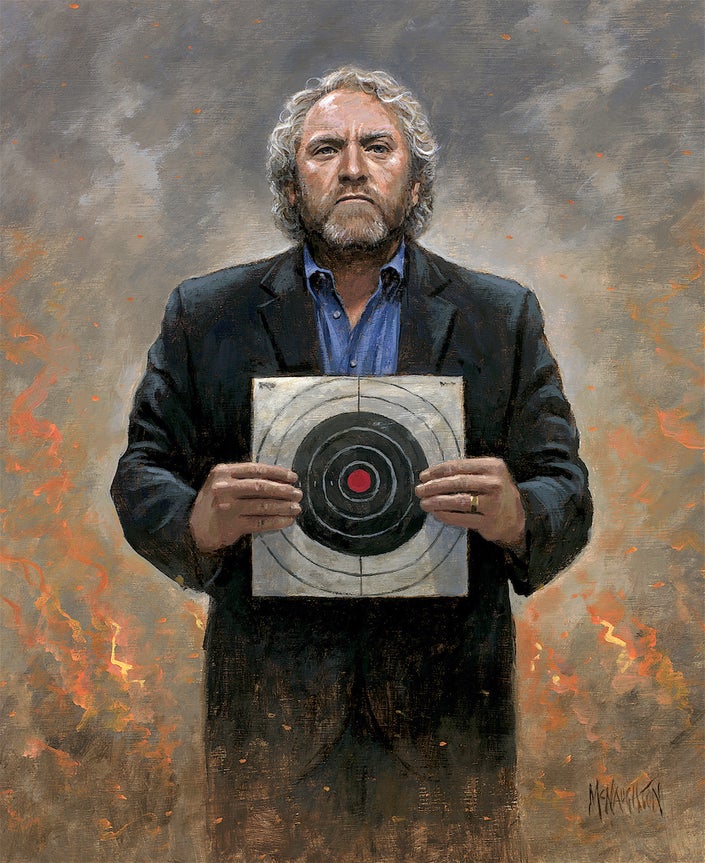 The answer to the likelihood question depends on the moral compass of a particular president, his people and the perceived threat to their power or the nation's security. US Attorney General Eric Holder has already stated that the American government has the right to kill American citizens -- allegedly only abroad but stay tuned -- it believes are engaged in terrorism. The answer to the resources question is a resounding yes.

If you're mumbling 'nutcase conspiracy theory,' that's probably because you were too young to notice U.S. Senator Frank Church's 1975 hearings into the dark corners of the CIA and other government agencies, you're whistling past a way too scary graveyard or you are dealing with memory loss. Here's the history, the bogeyman and the refresher, whichever you may need.

Senator Church (D-Idaho) held nationally televised hearings into such things as the secret illegal activities of the American military, FBI and CIA. Those activities included drug smuggling, clandestine U.S.-backed wars, assassinations and spying on U.S. citizens. The Church Committee put some startling revelations into the daylight only because someone didn't stuff all the evidence into a shredding machine. 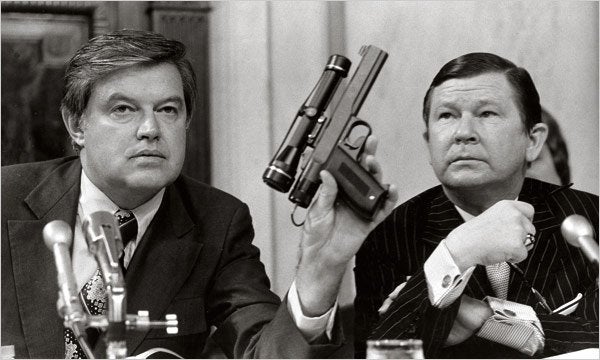 CIA Director William Colby was forced to bring a secret pistol his agency had specifically developed to quietly murder human beings with an exotic frozen poison pellet that would cause a heart attack and then melt inside the body of the victim and be undiscoverable by autopsy procedures. 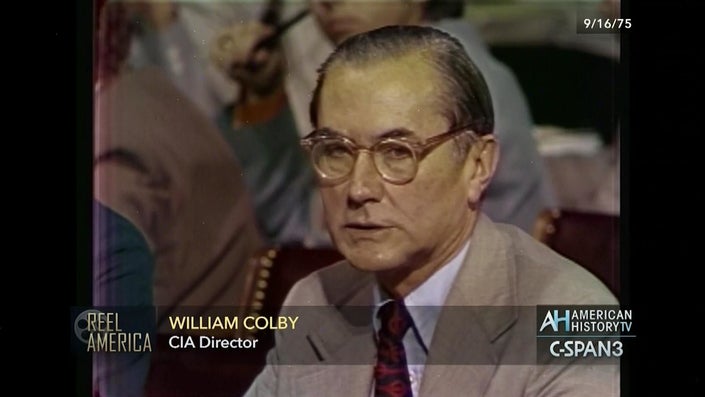 Colby himself died of a possible heart attack in 1996 under mysterious circumstances while canoeing alone. I had met Colby years before and told his son, Brentwood resident Carl Colby, maker of the film "The Man Nobody Knew: In Search of My Father, CIA Spymaster William Colby," that I'd been told he was assassinated at least partially because some thought he had assisted me with critical secret information for my Emmy winning and Oscar nominated film "Waco: The Rules of Engagement." That information showed the official government story about its actions against the Branch Davidians was a lie. Carl told Vanity Fair his father's "death was ruled an accident -- a stroke or a heart attack -- but I think he was done. He didn't have a lot left to live for." Perhaps, but we'll probably never really know.

The Church Committee discovered a secret U.S. military plan to carry out domestic acts of terrorism that would kill Americans and blame those killings on Fidel Castro as a pretext for invading Cuba. Roll that one and its implications around in your mind when applied to present circumstances. 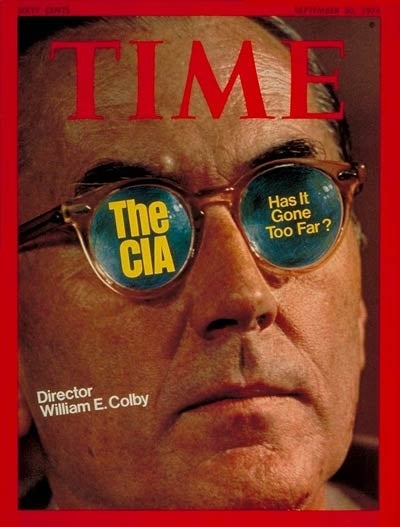 This was a secret CIA operation to give unsuspecting people doses of LSD and other damaging substances in order to see how they reacted. One target is known to have killed himself. Some twenty years later, the secret was exposed and the man's family sued for damages.

Corruption of the American news media:

The CIA maintained an operation that paid editors and reporters in most mainstream media outlets to report the CIA's narrative of events (which may or may not have agreed with the White House version) and suppress contrary information outright or destroy its credibility as conspiracy theory, racist, extremist or the like. That legacy lives on in many of the official media narratives news consumers read and hear on almost any given day that Andrew Breitbart exposed as untrue. Hard to believe?

Investigative journalist Deborah Davis wrote in her 1979 book Katharine the Great: Katharine Graham and Her Washington Post Empire, a book Graham had the power to pull from stores and destroy when first published, that CIA co-founder Allen Dulles made a 1948 deal with the Washington Post to be the ownership front for CIA control of all CBS broadcast outlets in Washington, DC. Adds investigative reporter Carl Bernstein: "CBS was unquestionably the CIA's most valuable broadcasting asset ... Over the years, the network provided cover for CIA employees ..." So when the late Walter Cronkite, "the most trusted man in America," used CBS News to sell one world government and lie that American military victories in South Vietnam were actually defeats, one has to wonder whether he was a loose cannon with his own agenda or a mouthpiece for known world governance sentiment and Vietnam War policy opposition among the CIA elite. We can only follow the facts. 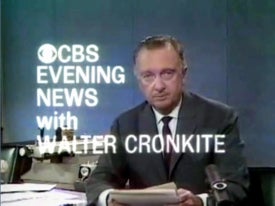 After serving as Moscow Bureau Chief for United Press, Cronkite turned down a job as spokesman and DC lobbyist for his passion, the World Federalist Society, which advocates a global socialist government, to take a job at CBS. 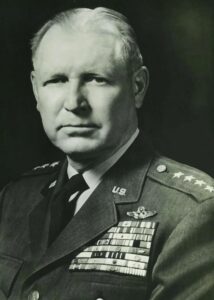 U.S. Army General Frederick C. Weyand maintains Cronkite told him he would lie about American military successes in South Vietnam in order to undermine domestic support for that war, which he did. Whether one believes Weyand or agrees or disagrees with American policy in South Vietnam then, Cronkite's lies about it and their effectiveness are a matter of record.

Covert weapons and tactics today are far more sophisticated simply because of scientific advances, particularly those involving microwaves and other directed energies.

Now people can be made to hear voices in their heads and possibly be motivated by those induced voices to harm themselves or others via various directed energy methods that are constantly evolving. Thoughts can also be induced in the human mind and physical defects such as embolisms or heart conditions can be made to trigger a stroke or heart attack. Those sorts of weapons were secretly tested on the Branch Davidians during its 1993 stand-off with the FBI and special operations military troops from America and Great Britain.

New methods don't mean old school ones are obsolete or that they have not been used. Bulgarian dissident Georgi Markov was murdered by a tiny poison pellet filled with deadly ricin injected from the tip of an umbrella into the back of his leg. It was only by luck during Markov's autopsy that the ricin pellet was discovered and his death proved a murder instead of a mysterious illness as intended.

Despite the deadly threats Andrew Breitbart told me about receiving, his untimely death probably was due to a known heart condition. On the other hand, given the people he was angering, their access to deadly government resources and the motivation of his threat to their political stakes this year, it bears repeating that earnest people have developed ways to make one's death appear natural, especially if information contained in one's medical records can be accessed for exploitation.

But we'll never know if foul play was involved in Andrew Breitbart's death unless it was and somebody in the know talks. Most of those talking now are expressing the sort of disbelief his father-in-law, actor-comedian Orson Bean, expressed to me at the post funeral reception: "I'm 83, how could Andrew have died so young?"