All for Guns and Guns for All 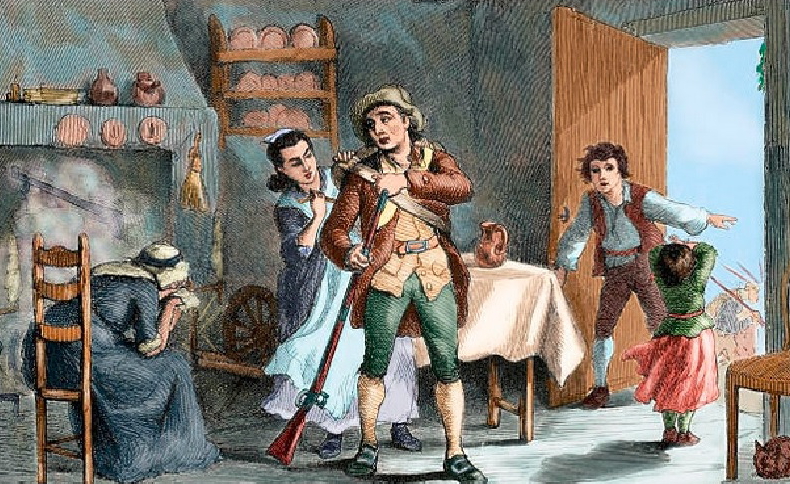 "Those who would give up essential liberty to purchase a little temporary safety deserve neither liberty nor safety."

We're about to test Benjamin Franklin's warning by allowing the First Amendment protected media to kill the Second Amendment with false information. I adduce the Post-Gazette's own cartoonist Rob Rogers as Exhibit A.

During the siege of the Branch Davidian complex in Waco, TX, he drew a cartoon of an oafish-looking guy wearing an NRA shirt saying "I honestly can't argue with constitutional right to own military-assault weapons in the face of the Waco incident ... " The implication that there is no such right undoubtedly swayed most readers. Problem is, it's completely wrong.

In fact, military type firearms are exactly what the Founding Fathers intended private citizens to have and are exactly what a unanimous 1939 Supreme Court opinion written by Justice James C. McReynolds rule the Second Amendment specifically protects. What's more, been official defense policy for almost 100 years to sell military surplus arms and ammunition to the public.

Why? No matter what Bill Clinton says, the Second Amendment isn't about duck hunting. It is "the palladium of liberties of a republic," as U.S. Supreme Court Justice Joseph Story said in his 1833 book "Commentaries on the Constitution of the United States. "It is the ultimate guarantor of all other rights against sudden foreign invasion, domestic insurrection and usurpation of power by rulers."

Protection against criminals was a given since the Founders realized constitutional rights of due process would make it impossible to arrest, convict and incarcerate many lethal people who would then be loosed on the public. No less that Thomas Jefferson said that "The strongest reason for people to retain the right to keep and bear arms is, as a last resort, to protect themselves against tyranny in government."

So 200 years before many feared Richard Nixon might try and use the military and federal police to stay in office, and news stories told of an uncomfortable number in the Pentagon showing signs of obliging, the Constitution's authors wrote time and again about the dangers to liberty of standing armies. That admonition is also common to a number of state constitutions.

"Well regulated" has nothing to do with laws or regulations any more than "militia" means the National Guard. The first is an old term for skill and shooting straight so that successive shots group together. "Militia" was defined by the Founders as "the whole people" -- it still is -- and relates not so much to a formal military unit (the National Guard is a federally armed and controlled hybrid reserve component of the U.S. Armed Forces) that trained occasionally, but to a system where all citizens were armed for their individual and collective protection against crime, invasion and government tyranny.

That system is an integral part of national defense policy, the backbone of which is the Posse Comitatus Act of 1878, which keeps the military out of civilian law enforcement and acts as a check on civil police powers. Police agencies have no obligation to protect. They were created to augment an armed citizenry through patrol visibility and crime investigation. Weaken or remove the militia system through prohibitive gun control, and a power vacuum is created that justifies increased police authority at the expense of individual rights. That relationship can be noted in any society where private ownership of firearms has been curtailed or banned.

For that reason, the Second Amendment's first portion is not a condition for the second portion. It is simply, as noted by William Rawle in his 1825 book "A View of the Constitution of the United States" -- the standard constitutional law text at law schools until the 1870s -- "a declaration that a well regulated militia is necessary to the security of a free state." Its corollary is that "the right of the people to keep and bear arms shall not be infringed." That point has also been made by other legal scholars.

"It may be supposed from the phraseology this provision that the right to keep and bear arms was only guaranteed to the militia, but this would be an interpretation not warranted by the intent," wrote Michigan Supreme Court Justice Thomas McIntyre Cooley in his 1878 book "General Principles of Constitutional Law." "If the right were only limited to those enrolled [by the government in the militia], the purpose of this guarantee might be defeated altogether by the action or neglect to act of the government it was meant to hold in check. The meaning of the provision undoubtedly is that the people from whom the militia must be taken shall have the right to keep and bear arms, and they need no permission or regulation of law for the purpose."

That fact is reflected in James Madison's original arrangement of the Bill of Rights. He listed them within the Constitution itself where each applied. Along with free speech, the right to keep and bear arms was placed in Article I, Section 9, the section guaranteeing individual rights such as habeas corpus.

That's why the denial of Second Amendment rights to freed slaves was the precise reason prompting the Freedman's Bureau Act of 1866, the Civil Rights Act of 1866 and the first portion of the Fourteenth Amendment. All three were specifically intended to nullify state laws passed in the South to keep blacks from owning or carrying guns and to stop the ensuing intimidations and murders of unarmed blacks by sheriffs, deputies and the Ku Klux Klan.

More that 100 civil rights workers were murdered in the 1950s and '60s. But the toll would have been much higher had the Klan been able to pull off attacks like one it planned on October 5, 1957 in Monroe, North Carolina. Organized, armed blacks (who had stockpiled military weapons, gas masks and helmets through their NRA rifle club -- much as the Branch Davidians had) shot up more that 80 cars of Klansmen when they arrived at the house of civil rights leader Dr. Albert Perry to murder him and his followers.

As Dr. Perry and his NAACP workers learned, paper guarantees and court orders sometime aren't enough to thwart terror and assure individual rights. Jews should have learned that lesson from the Nazis.

And Americans should have learned it from Andrew Jackson in 1828. When Chief Justice John Marshall ruled Jackson's forced removal (with much cruelty, starvation and killing) of the Cherokee Nation to Oklahoma Territory was unconstitutional. Jackson replied: "Mr. Marshall has made his decision. Now let's see him enforce it."