Will ABC really tell us what happened at Waco?

If ABC’s ‘Truth and Lies: Waco’ documentary trailer is any indication, it will simply fortify the Waco lies. 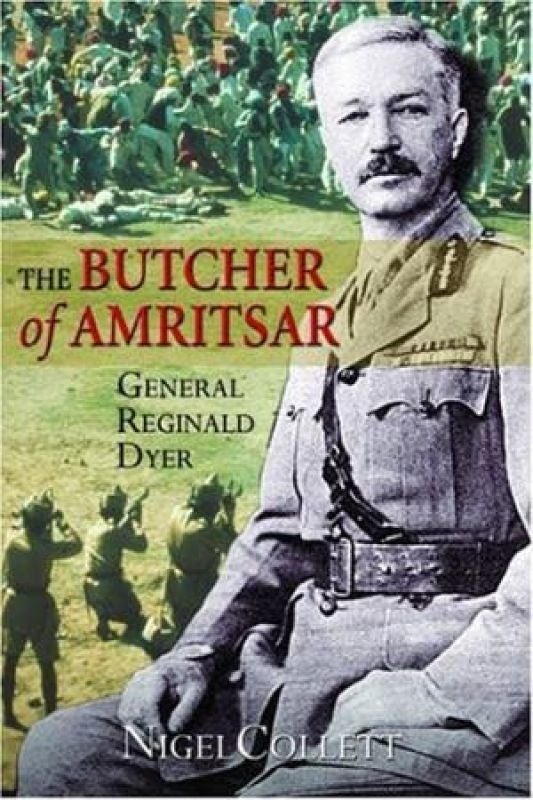 Several network pieces have aired about the 1993 attack by government forces against the Branch Davidian religious sect since my film, "Waco: The Rules of Engagement (WTRE)," told the real facts about that sorry episode. In recognition, WTRE received an Oscar nomination, the National Emmy for Outstanding Investigative reporting, The International Documentary Association's highest award, among others, and led the world Human Rights Watch film tour.

The Human Rights Watch recognition was particularly apt given the massacre of civilians carried out by forces of the Bureau of Alcohol, Tobacco and Firearms (BATF), FBI, US Army and British SAS forces. Yes, US Army and British commando soldiers were at Waco and and may have killed Americans on American soil despite the claims of an investigation by Senator John Danforth. I refused his subpoena because it was obvious the fix was in on the most sensitive topics and his investigators said they could not stop the harassment by strangers, who knew the content of my email and phone calls and travels, that demanded I tell my information sources.

If there was a way to characterize the government's actions against the Davidians as something other than mass murder that has been covered-up with rigged political inquiries, government biased experts, lackey judges, official lies and the intimidation of question askers, we, the producers of WTRE could not find it.

The intent to kill was as plain as that of British Army Colonel Reginald Edward Harry Dyer, aka The Butcher of Amritsar, for ordering Gurkha troops to massacre more 1,000 Indian men, women and children. Dyer admitted his actions to Parliament. Our government's commanders have not and probably never will since Freedom of Information Requests about that and more have been stonewalled.

Despite the accolades received by WTRE for exposing the huge number of lies government officials told and continue to tell about its actions at Waco against the Davidians and the fact that previous productions borrowed from my film sans credit that I've seen, no producer on any previous program has contacted me, the producer, director William Gazecki, lead researcher Michael McNulty (now deceased) or anyone else on my film production team for either information or comment. That's important because of what has been missing in those past productions and what will likely be missing and or misrepresented as indicated by ABC's trailer.

Many of the misrepresentations are due to the intentional use of words that demonize or imply illegality or malum in se. For instance, the ABC trailer says a UPS driver discovered a box of grenades bound for the
Davidians. That leaves the impression they were illegal explosives when in fact, they were the same dummy grenade HULLS found at many Army-Navy surplus stores. The Davidians used them to make flea market novelties like this one that's advertised on line. 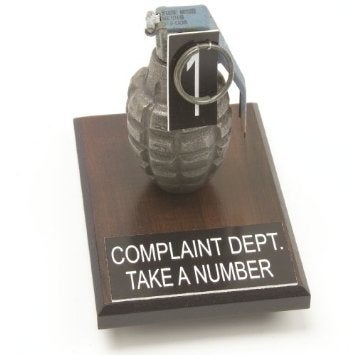 The trailer also shows ABC News anchor Peter Jennings using the term "fortified compound," as did most other news organizations then, to describe the Davidian abode despite the fact it was not fortified and not a compound. That word, compound, is a psychological warfare term police began using years ago during stand-offs to justify militarized police attacks. Other pejoratized words include cult, cache, arsenal and stockpiling weapons. Those words beg these questions:

What is the difference between a religious sect (the Branch Davidians are a branch or sect of the Seventh day Adventist Church) and the vilified word cult?

What is the difference between a gun collection or firearms inventory (which the Davidians legally acquired and legally sold for profit) and stockpiling weapons or having an arsenal or cache?

In sum, "Waco: The Rules of Engagement" is about the same thing that director Barbara Trent was booed for saying when her film, "The Panama Deception," won the Best Documentary Feature Oscar: "This film is about one thing: Our government lied to us."

Government lies are one thing. That too many in our media blindly repeat them is another.

So here's a random partial checklist for ABC's Waco effort:

* Will ABC tell us that the Branch Davidians faced a situation that most won't ever face when Bureau of Alcohol Tobacco and Firearms (BATF) agents attacked them? That is, when the police lie to obtain a warrant, attack by surprise, immediately start shooting from air and ground, and make it plain they intend to kill, does one have an obligation to be a good citizen and die or a right to fight back?

* Will ABC tell us that half the Branch Davidians were black and that several angry BATF agents told me that the white David Koresh was miscegenating and had to be stopped? 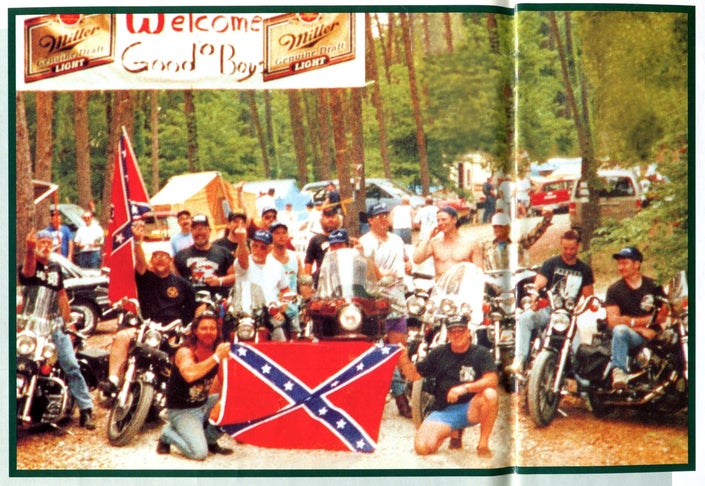 * Will ABC show this official photo of the racist 1992 BATF "Good Old Boys Roundup" at which some attendees said "nigger hunting licenses" were handed out?

* Will ABC tell us that Davidian trial jury forewoman Sarah Bain said "The federal government was absolutely out of control there. We spoke in the jury room about the fact that the wrong people were on trial, that it should have been the ones that planned the raid and orchestrated it and insisted on carrying out this plan who should have been on trial?"

* Will ABC tell us that BATF and FBI officials hid exculpatory evidence from both federal prosecutor Bill Johnston and the Davidian defense attorneys?

* Will ABC tell us that when Michael McNulty found that illegally withheld evidence, federal prosecutor Bill Johnston complained and the Department of Justice (DOJ) farcically then prosecuted him for obstruction of justice? Yes, that means the DOJ prosecuted its own prosecutor who prosecuted the Davidians for complaining that the DOJ withheld evidence that showed BATF and FBI agents committed perjury and that the Davidians did not break the many laws they were charged with breaking.

* Will ABC tell us that the BATF attack on the Davidians was a public relations ploy to scare Congress into passing more gun control laws which, for the BATF, meant bigger budgets and more power?

* Will ABC tell us that, as WTRE noted, the many gun charges alleged by the BATF against the Davidians were either not true or highly suspect and that BATF agents have bragged in my presence and others that they can easily fake a machine gun in order to arrest someone for its illegal possession?

* Will ABC tell us the many lies and half truths about drug trafficking and illegal weapons and child abuse that BATF officials used to obtain a warrant?

* Will ABC tell us that BATF officials lied about Davidian drug dealing so they could get military equipment and operators for free? (Military gear for ordinary law enforcement requires the agency to reimburse the military; if for the war on drugs, it's free.)

* Will ABC tell us that all the talk about child abuse among the Branch Davidians was used to inflame public opinion against Koresh even though such allegations were completely outside BATF jurisdiction? Will ABC show Waco Sheriff John Harwell on camera, as WTRE did, stating that a two year investigation showed there was no case to be made for child abuse against Koresh or anyone else?

* Will ABC tell us the Davidians did not hold anyone hostage and that some left?

* Will ABC point out that FBI agents regularly mooned the Davidians and openly fondled their genitalia, leading Davidians to conclude the FBI was rife with demented perverts? Asks one Davidian: "You expect us to turn women and children over to people like that?"

* Will ABC tell us that Michael McNulty proved FBI agents committed perjury before Congress and elsewhere when they said they had no munitions that could start a fire or that were designed to kill?

* Will ABC point out that FBI agents did have fragmentation and pyrotechnic grenades?

* Will ABC point out that the spots where fires started where places where spent pyrotechnic grenades were found and that that fact was covered-up?

* Will ABC tell us that FBI claims no shots were fired by government forces of the FBI, BATF, US Army or British SAS were a lie? Will it show the damning analysis by Dr Edward Allard, the retired director of the Defense Department's Night Vision Laboratory, WTRE showed of gunfire by government forces to keep 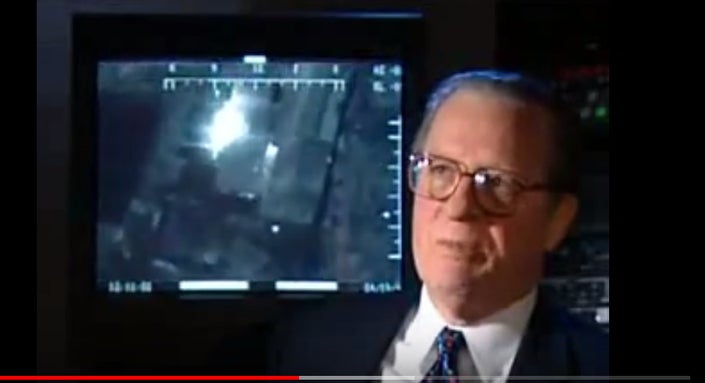 Davidians from escaping the burning building shown on the government's own infra red photography? Allard: "This is the most disgusting thing I've had to witness." 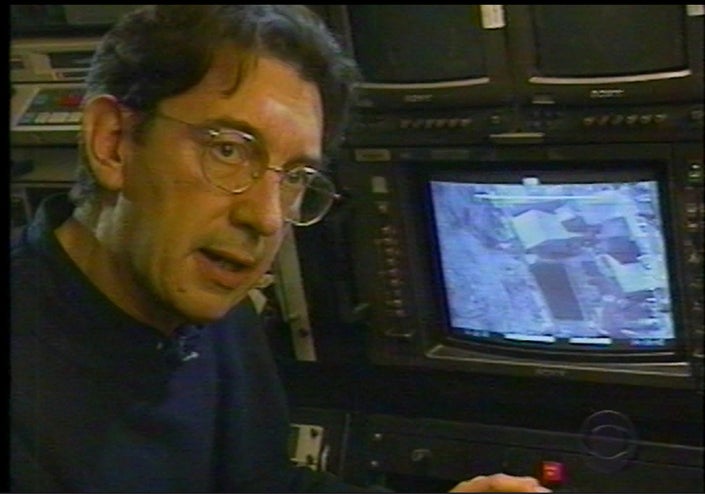 * Will ABC show confirmation of Allard's expert observation by British army sniper location specialist Paul Beaver who also identified the muzzle flashes of government forces shooting into the Davidian building to keep them from escaping the fire during a CBS 60 Minutes II segment? Beaver: "It's not a glitch in the camera. It's not the sun striking something. It's not swamp gas reflecting off the planet Venus. This is somebody [among government forces] shooting [into the Davidian building."]

*Will ABC point out that the only analysis testimony allowed in court about the government's gunfire Allard and Beaver saw was made by those whose livelihood depended on government contracts?

* Will ABC tell us about the clever way the FBI prepped the Davidian building to burn on a windy day, injected it with a substance that produces hydrogen cyanide when it burns and that many of the Davidian dead showed cyanide in levels far higher than those normally found in fire victims?

Again, I and the WTRE production team at first thought the government's entire story about illegal and even heinous activities by David Koresh and the Davidians was true. Instead, we found that almost the entire 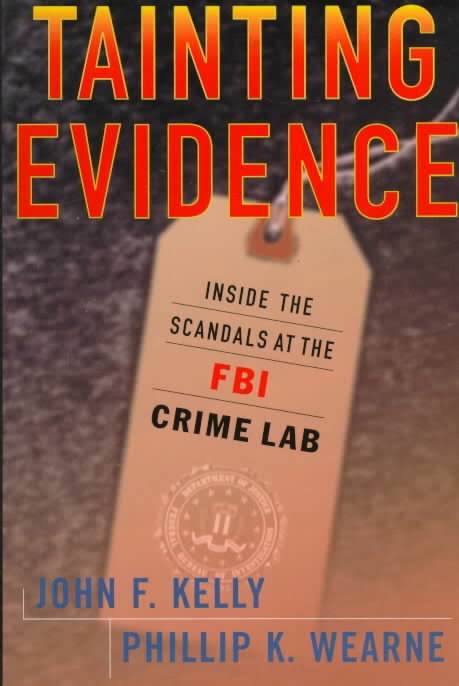 official story was untrue and that those untruths presaged other government agency lies about tainted crime lab evidence, the withholding of exculpatory evidence, suspect framing and the blaming of legitimate gun dealers for the government's own plan to allow criminals to sell guns and hand grenades to Mexican drug gangs.

That and more indicate nothing has really changed since 1925 when H.L. Mencken observed in the Baltimore Sun that federal agents were too often simply "legalized murderers."

How much of the above will ABC tell us?